This whole system Smart Energy Plan developed for Greater Manchester provides a targeted focus for the GMCA and local partners through a defined roadmap and integrated projects that are boosting jobs, improving housing and lowering emissions. 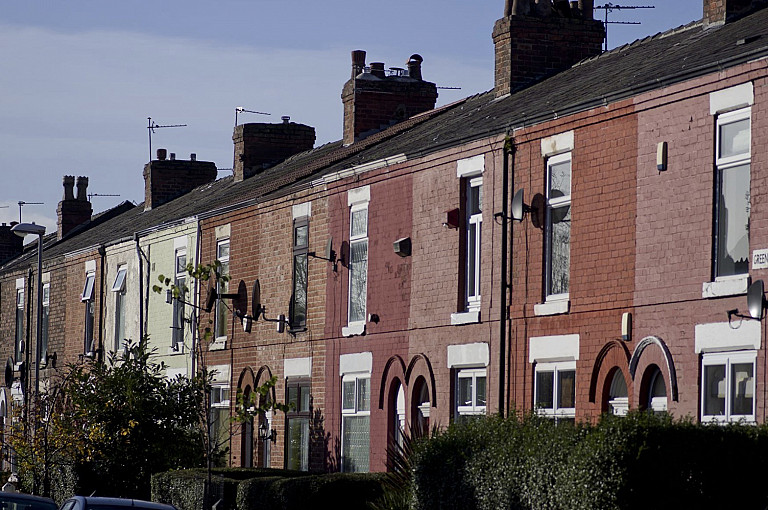 Heating is the single biggest source of carbon emissions in Greater Manchester; 36% of the region’s overall emissions, totalling 2.8 million tonnes of CO2 emissions per year. To meet its ambitious 2038 carbon neutral target, the Greater Manchester Combined Authority (GMCA) has recognised the need to improve the energy performance of nearly 1.2 million largely pre-1980s homes – 62,000 every year.

The Smart Energy Plan for GMCA was published in 2019. The plan included a vision of Greater Manchester as a global leader in smart energy: ‘a carbon neutral city region with an energy system which is smart and fit for the future, low carbon and economically, environmentally and socially sustainable’. However, the plan noted that a major obstacle was the absence of a suitably skilled labour force and contractors.

The Smart Energy Plan provided the foundation for the launch of new initiatives tackling the problem. Investment in retrofit – upgrading buildings to boost their energy efficiency – could potentially create 55,000 jobs in the region by 2040.

Through forming key partnerships like the one with the Low Carbon Academy (part of the North West Skills Academy which provides vocational training) forged in 2021, GMCA plans to boost jobs, improve housing and lower emissions simultaneously. Its aim is to fill the green skills gaps identified by employers in Greater Manchester, creating a low carbon economy which is responsive to the needs of individuals, residents and businesses.

Building on the existing local industry:

GMCA has been able to tap into the significant construction sector in Manchester. Diversification of the region’s existing skill base, supporting companies and employees who have relevant expertise to expand into retrofit, is a central pillar of the authority’s plan. A robust retrofit market will encompass many skills: including surveying, design, property assessment, installation, customer care, and ongoing maintenance. So, a wide variety of training must be offered.

The UK construction sector consists largely of SMEs (Small and Medium Enterprises) or self-employed people; in Greater Manchester, the figure is between 35% to 40%. Smaller businesses, that are less able to take time away from income-generating activities than larger organisations, have less incentive to release staff for training or to invest in green upskilling – which is why fully-funded training opportunities, like those offered through Skills for Growth, are so important. Additionally, demand for domestic tradespeople has rocketed as homeowners undertake new renovations following strict coronavirus lockdowns.

As a key partner for achieving net zero targets, the sector and its workers must be positively engaged and appropriately supported. GMCA is initially targeting its efforts towards willing ‘early adopters’ within the construction sector, with the aim to establish and grow the market. Once a viable market is proven, others will be encouraged to follow suit.

For other councils looking at retrofit work, beginning with social housing is recommended. Developments are generally built at similar times, located in the same place and owned by the same people. It is logical and easier to start here than with residential housing stock which varies in type and has multiple owners. Not only will this grow the market, but for social housing tenants retrofitting means lower energy bills, which are key to combatting fuel poverty and prioritising the most vulnerable.

GMCA estimates that retrofitting even 20% of Greater Manchester’s homes would generate economic activity worth between £3bn to £5.4bn.

The Low Carbon Academy aims to train 1,140 people between July 2021 and July 2022 as part of GMCA’s three-year Skills for Growth programme, which is funded by the European Social Fund and aims to plug skills gaps identified by employers in the city-region.

Further funding from the Department for Education, also awarded by GMCA, has led to the launch of a dedicated Retrofit Skills Hub at the Academy, which will support an additional 200 people, most of them not in employment, education or training. They will receive training as part of the academy’s Skills Bootcamp for Retrofit programme.

Individuals returning to work after taking time out for childcare responsibilities or returning following furlough were also eligible for the scheme. All candidates who applied were guaranteed an interview. This flexible course lasts up to 16 weeks and is due to be completed by March 2022. The academy is working with non-profit Procure Plus to deliver this.

GMCA will estimate carbon emissions savings using both the government’s data and local data from its operational partners such as Electricity North West, although the council notes that it is hard to capture the totality of retrofit emissions savings since these are also impacted by behaviour of the residents.
Read more
Share this initiative
Inspired? Find out more