The Liverpool City Region Combined Authority has a target to reach net zero by 2040, it engaged with the public to find out how the changes we need to make will impact their lives. 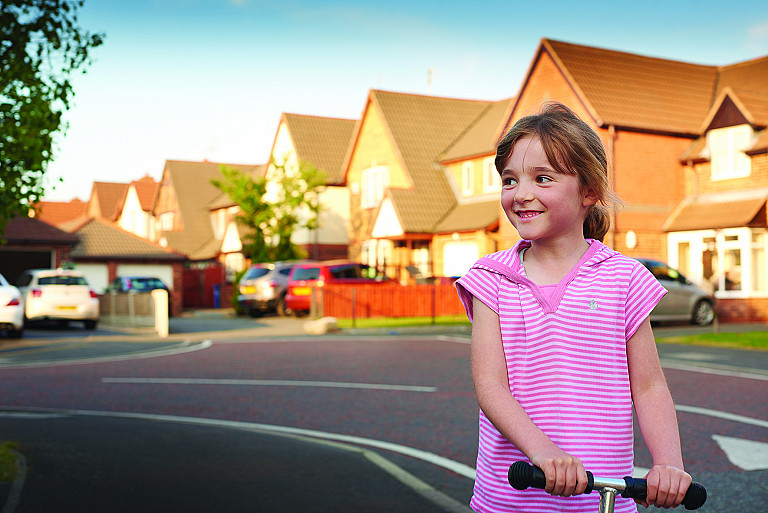 Girl in foreground on scooter with houses in background. 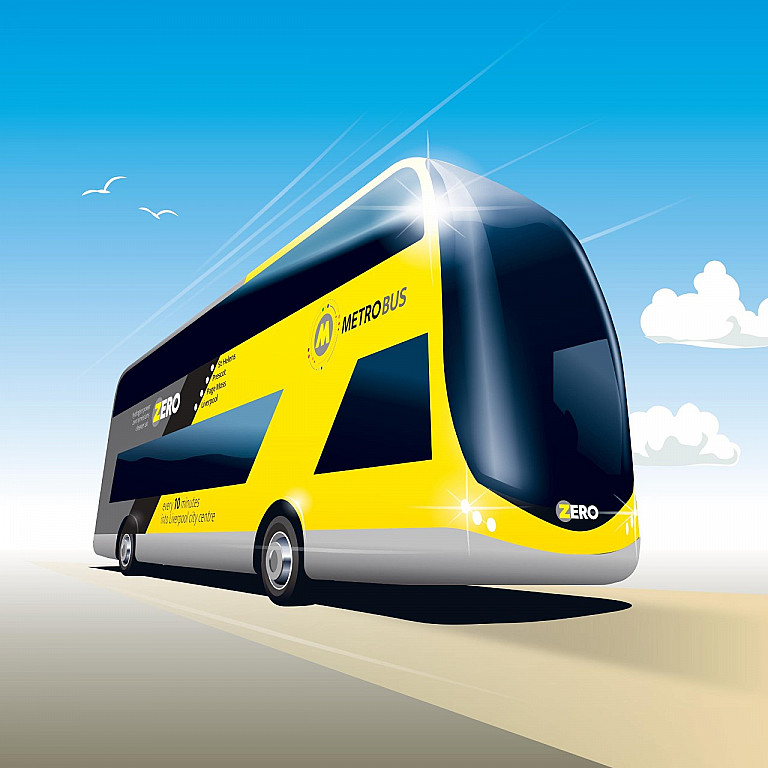 Mock up of a Liverpool City Region Metrobus.

The Liverpool City Region (LCR) Combined Authority (CA) has a target to reach net zero carbon across the LCR by 2040. As the LCR changes to a low carbon future, we wanted to gain an insight into how these changes may impact the lives of the public living in, working in, and visiting the LCR over the next 19 years, by testing our visions.

In total we had 1,217 responses across four themes: home, neighbourhoods, transport and travel, and In the workplace. 29% of responses were from young people.

Yet, despite overall quite high agreement that action is needed, only 46% of all respondents asked felt they have good or very good knowledge about the actions needed to reduce carbon emissions. Additionally, apart from the visions around homes rates of positivity regarding the visions put forward are low: home - 63%; transport and travel - 56%; neighbourhoods - 53%; workplaces - 48%.

The feedback has been useful to understand the worries or concerns people have, helping us to understand where there may be difficulties bringing people on the journey to Net Zero and where we may need to look into solutions to support those within the LCR to reduce their carbon emissions. Some of the concerns raised included: finance concerns around the cost of changes or the potential impact on prices of items; potential barriers of how we all and businesses/organisations currently behave; concerns that the decisions we make may result in switching one bad for another; and concerns that a ‘one size fits all approach’ may not be the correct one.

The research and engagement project we undertook was large. A number of teams across the LCRCA worked together to plan, develop, and communicate the findings. We also worked with a number of community suppliers (Maximum Edge, Firestarters, and Cycle for Life) to engage with young people and hard to reach groups.

The public were asked their opinions, on a number of visions including those related to home life, neighbourhoods, work, and travel. They were asked in the main: how positive or negative they felt about the vision; how the vision could improve their life; their concerns or barriers to making the change; and what would help them to overcome these concerns or barriers.

Care was taken to try to not lead thoughts or answers, and to communicate that all opinions were valid. Allowing for open responses and undertaking workshops, whilst time consuming for analysis was insightful and interesting, raising points we may never have heard.

We monitored the demographics and number of responses per section and engagement as we went, allowing us to target workshops in certain areas or with certain demographics where we felt numbers were low, and also allowing us to reorganise the layout of Commonplace to reduce 'position bias' (where people choose the first tab but don't look much further).

To reduce 'answering fatigue', all questions about the visions were optional in the main public survey so the public could answer questions they were interested in or had an opinion about. It may however by useful to consider splitting the vision sections out into their own individual engagement piece e.g. one on home, then a month later on travel etc. This would potentially lead to an increased response rate as people are may be more likely to take part in shorter chunks than doing it all in one sitting. Additionally it could allow for more staggered analysis rather than completing it all at the end.

Furthermore, the youth survey was designed with support of Wirral Youth Voice to make sure it was engaging and understandable to that age of audience. Others wishing to do a similar engagement may wish to consider doing the same.

In addition upfront decisions need to be made as to what data you may want to cut the data by to look at certain attributes to make sure the correct platform is selected for data collection. We used a third party website for the main survey, however, as they do not share the protected characteristics linked to the data we have not been able to analyse the results to identify if some issues affect some groups more than others. Furthermore, not all respondents answered the demographics section.