The Liverpool City Region Combined Authority launched the Community Environment Fund to help the region Build Back Greener from the Covid-19 pandemic. 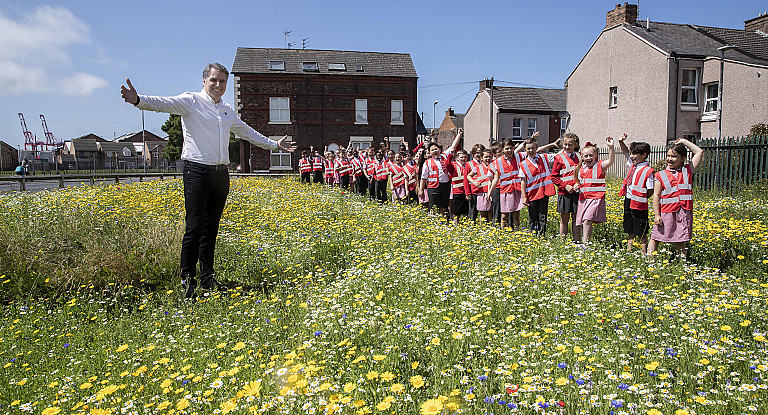 Steve Rotheram, children and wildflowers at Head North for Beauty. 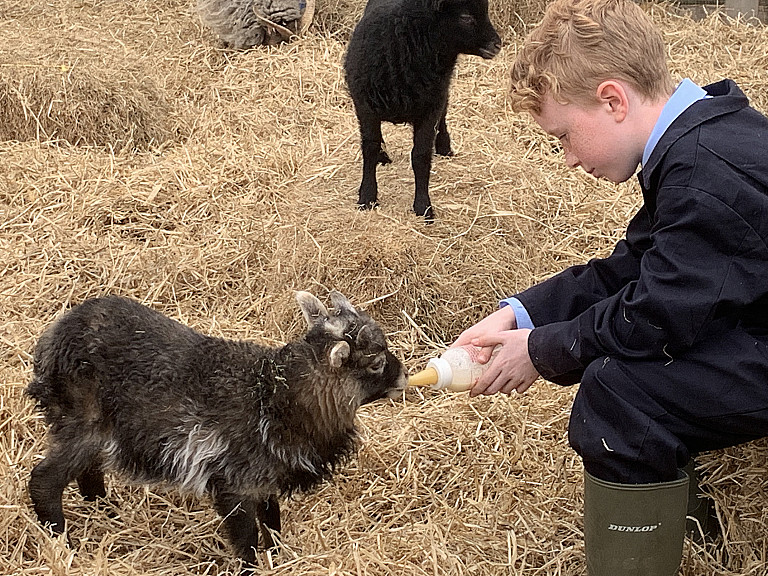 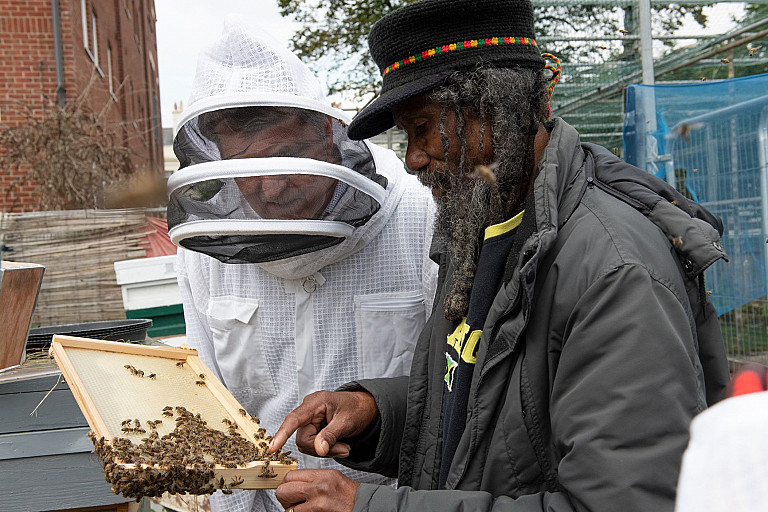 Metro Mayor Steve Rotheram learning about bees at Save Our Bees.

The Year of the Environment in 2019 was a success for the Liverpool City Region (LCR), with the Metro Mayor pledging £500k for community environment projects to continue the momentum. The importance of this fund has been emphasised during the COVID pandemic; with many people appreciating natural spaces, starting projects to green where they live and renewing their sense of community.

We know that the most vulnerable in our society have been most negatively affected by the COVID pandemic. They are also the most vulnerable to the impacts of climate and ecological breakdown and are often those who are least likely to have contributed to the human causes of the emergency. Too many do not have access to green space, cheap healthy food and live in areas with air quality problems.

As a result, the Community Environment Fund was launched in Autumn 2020 to: aid a green recovery by assisting organisations to expand their good work; support communities to engage in a range of environmental activities; encourage long-term behaviour change; improve the environment in the LCR.

The funded projects will also assist the LCR Combined Authority (CA) to enact its plans to become net zero by 2040, improve green and blue space, reduce air pollution and improve the health and wellbeing of the people in the LCR.

In total, 58 projects across the region were funded through £500k across the following 9 themes: Climate change and resilience; Air quality and transport; Water; Accessible green spaces, habitats and biodiversity; Waste and resources; Health and Wellbeing, Carbon and environmental literacy, Energy reduction; and Food and agriculture.

Funded projects include: Head North for Beauty, Pollinators and Carbon Capture: 10 evidence-based wildflowering meadows based in the most deprived communities; Carbon Literate Communities: Carbon literacy training to local community groups, supporting them to turn their commitments into local climate action; ReStore St Helens: Furniture upcycling project in a deprived area, reducing items ending up in landfill and supporting individuals; Leeds and Liverpool Canal: Green and Blue Corridor: Improvement of green and blue corridor in Kirkdale; Cycle Of Life: Cycling training & equipment provision for all ages to encourage behaviour change; S.O.B. Save our Bees: Creation of a local bee garden to help educate local community around the vital role of bees in ecology.

Before starting, we spoke to organisations including Mersey Forest and Mersey Recycling and Waste Authority who had ran environmental funds for advice. We also looked at fund guidance documents for best practice and inspiration.

We ran three 'Meet the Funder' events to answer any questions from groups prior to them submitting applications. The events were well attended but we had a low number of applications from three of our six districts, which led to a low number of funded projects in those areas. If further funding becomes available, we will host Meet the Funder events specifically in those areas and will match them with groups who were successful in the pilot fund to help them improve their bid writing.

Initially there were two 'streams' of funding available. £20k-£50k for projects in two of more districts, and £5k-£20k for large projects in a single district. Our Climate Partnership requested a third stream for smaller place-based projects of £300-£1.5k. The streams were useful to score similar groups of projects together. But, some groups applied to the wrong stream which caused problems during the scoring process. In future funding rounds we would consider removing the streams to not limit the amount each group could apply for.

We limited each group to a maximum of two applications and each had to be a distinct project. This meant groups would focus on those projects they felt were the most beneficial and so a greater number of groups had the opportunity to have their projects funded.

Place-based projects in deprived areas were prioritised as people in these areas are the most vulnerable with little access to green space, cheap healthy food and live in areas with air quality problems, though they contributed to the problems the least. Groups had to include an 'area score' based on the 'Indices of Multiple Deprivation', these were all checked and very few submitted the wrong score.

Prior to starting the project, all successful groups were offered the chance to attend one of three communications training sessions to help the groups promote their projects. Attendees learned how to use social media, what makes a good post, how to take a good photograph and received newspaper article templates.