The electric vehicle trials scheme help organisations in West Yorkshire understand the benefits of electric vehicles and helps them make a business case for switching to greener transport options. 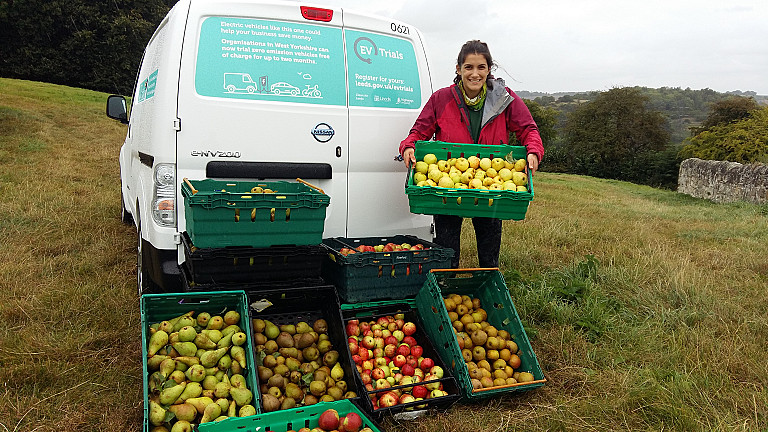 A business trialling an electric vehicle.

Leeds City Council’s EV Trials Scheme (with funding from National Highways, has given businesses, charities and other organisations in West Yorkshire the chance to experience first-hand the benefits of electric vans for up to two months completely free of charge since January 2020.

After completing their trial, three quarters of participants have said that it has changed their opinion of electric vehicles for the better and half say that they are now considering purchasing or leasing one or more electric vehicles.

We’ve recently closed the scheme to new applicants having secured enough applicants to take part for the remainder of the scheme, which ends after March 2022.

The scheme has proved extremely popular both to businesses/organisations and private hire drivers so we would definitely recommend other LAs to run a similar scheme.

The popularity of the scheme when the scheme launched meant that some participants did have to join a waiting list for some time. While the launch was hugely positive and secured great engagement, a softer launch followed by steady marketing/promotion may have helped reduce waiting list times.

In order to make the scheme accessible to all kinds of businesses and organisations across your authority we would recommend insuring a number of your EV Trial fleet vehicles as many small businesses/sole traders would not have been able to easily source a reasonably priced short term insurance policy (whereas larger businesses are able to add the vehicles on to fleet policies without any issues). If we hadn’t insured some of our EV Trial fleet we would not have been able to include a large proportion of interested businesses/organisations in the scheme.

We would also recommend including a range of vehicles in the trials if this is possible. We had 2 van models available (Nissan e-NV200 and Renault Kangoo Z.E. 33) but we saw a lot of interest for vans larger than the models we had. When we purchased our fleet there were less electric van options on the market but going forward it looks like some larger models are being launched so we would recommend including some of these if possible.

Number of miles travelled in electric vehicles.
Uptake of participation in the scheme.
Read more
Share this initiative
Inspired? Find out more