Kent REVS Up for Cleaner Air

An electric van trial with a try-before-you-buy option for local organisations to cut their carbon emissions. 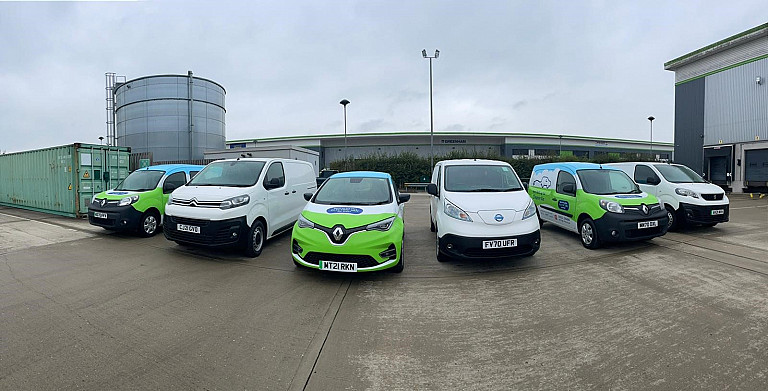 Kent REVS Up for Cleaner Air is an electric-van trial scheme operated by Kent County Council. It provides local organisations with an opportunity to ‘try before they buy’ for up to two months and gain a better understanding of the capabilities and benefits of electric vehicles.

The scheme was prompted by a call for interest from National Highways (then Highways England) to establish electric van loan schemes. Kent was the second local authority to set up a trial scheme, following an earlier pilot by Leeds City Council. The primary aim of the initiative is to reduce air pollution on the road network and to accelerate the switch to electric vans by giving businesses the opportunity to see how electric vans perform for their unique day-to-day operations.

The concerns of businesses are very similar to domestic users when it comes to electric vehicles – they are worried about range and reliability – with the added pressure of meeting commercial obligations. The scheme was great for tackling electric vehicle concerns and myths head-on through real-world experience of electric vehicles.

Kent REVS Up for Cleaner Air was capital funded by National Highways, drawing from the air quality designated fund, with revenue matching by Kent County Council. It complements existing low-carbon business support delivered by the EU-funded Low Carbon Across the South and East (LoCASE) programme. Alongside the purchase of the vans themselves, capital funding is being used to increase the number of public charging points across Kent.

We promoted the scheme through existing business networks, expanding marketing efforts to local authority supply chains, public sector organisations, and charities. The scheme was soft-launched over Summer 2020, enabling a healthy waiting list to build up. Despite the impact of the pandemic and supply chain concerns, the scheme went fully live in February 2021 with 30 vans available for loan, since expanded to 39 vans.

Feedback from the scheme has been very positive, as of February 2022 over 160 trials have taken place and 6 businesses have already made the switch to electric. For those who are yet to make the change, many have been impressed with the capabilities of the vans and plan to switch to electric in the future or as they age out current vehicles. A monthly report and league table highlights Kent local authorities with the highest loan take-up and encourages further promotion by Medway Unitary and District/Borough local authorities.

The scheme now offers 39 electric vans in a range of sizes for businesses to try. When the scheme comes to an end in 2023, these vehicles will support the transition of the council fleet to electric vehicles.

Embrace cross-team working – This was a great opportunity, but it required the support and input of many different functions across the council, from transport and legal to GDPR and insurance. One of the reasons the scheme has been so successful is our ability to collaborate widely and rethink internal processes. It’s important to identify early on who needs to be involved and the practicalities of how you will get a project off the ground.

Consider infrastructure – One of the main barriers we identified during the scheme is limited access to charging. It becomes a chicken-or-egg situation in that it’s hard to justify more charging without more electric vehicles, but it’s also hard to increase electric vehicle take-up without a solid charging infrastructure. Complementing this project, Kent County Council is working with other local authorities in Kent to grow the public charging network and have contracted with Connected Kerb to fund and install at least 600 new charging points in public car parks over the next two years. The Government is also supporting the roll-out of increased infrastructure, with the aim to have at least six high-powered open access charge-points (150 – 350 kilowatt capable) in each motorway service area in England by 2023.

Consider air quality – The primary focus of this initiative was improving air quality. Since the Environment Bill came forward there is a requirement that all tiers of authorities come together to tackle air pollution. Schemes like this can help to proactively meet these obligations and start to boost cleaner air across the region.

Over 160 loans in the first year of the scheme, with 6 organisations already switched to electric vans based on a positive trial experience. Many more indicate they will switch to electric in the future.
In the first year, a total of 135,760 miles were driven by the electric vans, equating to a reduction of 47 tonnes of carbon dioxide emissions.
The organisations that switched to electric are estimated to be collectively reducing carbon dioxide emissions by 48 tonnes a year.
Read more
Share this initiative
Inspired? Find out more