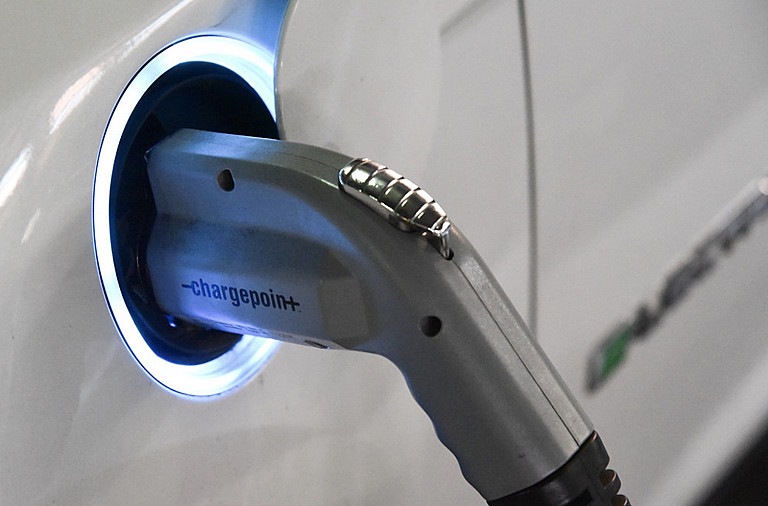 Widespread on-street charging is essential to enable households without driveways or garages the chance to switch to electric vehicles.

In County Durham 43% of residents live in rural areas and 40% of housing is terraced with no off-street parking. That’s why the County Council has placed accessible public chargepoints at the centre of its plans to promote electric vehicles. The council’s Chargepoint Delivery Plan 2021 has five key actions:

The authority’s long-term goal is for every Durham resident to live within a five-minute walk of an electric vehicle chargepoint. Its short-term goal is to have at least one chargepoint in each of the county’s 77 wards. To do this, the council is taking part in three schemes.

All of these schemes aim to increase on-street charging provision, especially in places overlooked by the private sector. Companies tend to focus on installing chargers in dense urban areas that already have higher electric vehicle usage, rather than to encourage uptake in rural areas or villages and small towns.

Currently, Durham’s chargepoints are 22kW and cost 30p per kWh to use. The average charge amount on Durham’s network is 15kWh, costing about £4.50 for an average charging time of 1.5 to 2 hours. The Zap Map tool catalogues public chargepoints across the UK, enabling comparison with Durham on cost, power and charge time. There are numerous options for public charging, each varying depending on provider, location and function (for instance, charging at a motorway service station).

Increasing accessible charging infrastructure will make the switch to electric vehicles more viable but will not on its own lead to their widespread adoption. Currently, most electric vehicle owners are relatively wealthy. Charging will not benefit individuals who cannot afford an electric vehicle in the first place.

Even once lower income households begin to take up electric vehicles, they could face charging inequalities. Using on-street public chargepoints is currently more expensive than private home charging (which comes through homeowners’ domestic tariff) but is the only option for some residents. As electric vehicles become more widespread the UK government should work with local authorities to lower on street charging costs.

With many low-income households not owning a car, improvements to public transport will remain a key solution to help address transport inequalities as well as cut emissions.

From 2030 sales of new petrol and diesel cars will be banned in the UK. To be prepared, local authorities need to begin planning for wider provision of electric vehicle infrastructure.

Choosing the right sites can be tricky when weighing cost considerations against prime accessible locations. Site ownership can also prove problematic so ideally chargepoints should be installed on local authority land to minimise barriers, where possible.

- 100 via the Scaling On Street Charging Infrastructure project.
- 50 via through the Durham Other Chargepoints project.
- 10 via the Weardale Electric Vehicle Accelerator project.

County Durham is part of the wider SOSCI project which will install 200 chargers over 18 months across Northern England, to bring numbers closer to those found in London and South East England.

Stanhope in Weardale was selected as the site for the Weardale Electric Vehicle Accelerator project, where a row of 10 chargepoints were installed in the village. The Stanhope charging bank helped support an already existing and highly popular car club. Residents pay £6 a month and can book an electric car out for a few hours, giving them car access without the cost of maintenance or insurance.

The council is also making sure local chargepoints are designed to be accessible to people with disabilities, hiring a consultant to oversee this work. This is particularly important as many disabled people are dependent on private vehicles as their main form of transport. In October 2021 the council invited residents to an open event on the issue, where they could try using a chargepoint. Their feedback will be used to inform future chargepoint design.
Read more
Share this initiative
Inspired? Find out more