Waltham Forest became the first local authority in the UK to announce full divestment of its pension funds away from fossil fuels, using its pension fund instead to make green investments when suitable competitive opportunities arise. 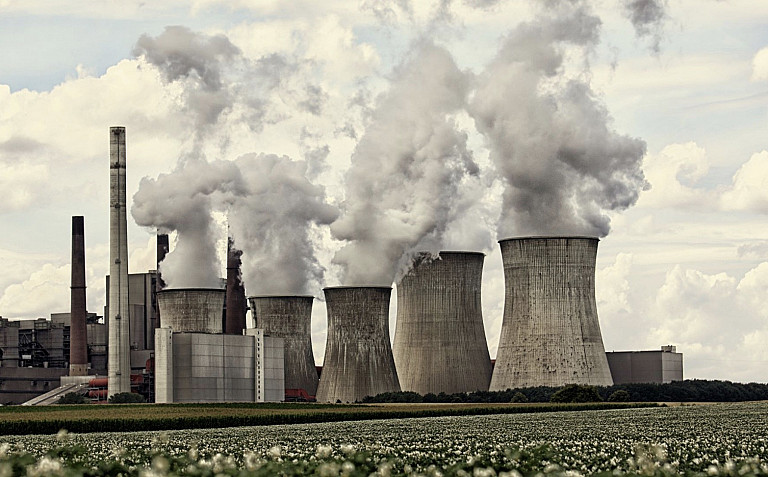 Council pension funds hold stocks worth billions of pounds in fossil fuel companies. Switching to green investments is an effective option for all local authorities.

In September 2016, the London Borough of Waltham Forest became the first local authority in the UK to announce full divestment of its pension funds away from fossil fuels – oil, gas and coal. This will reduce the funds available to companies driving these polluting industries, which increase carbon emissions and accelerate climate change.

The council surveyed divestment opportunities in 2017 and 2018, with the first transfers of money in 2018 and 2019. Total divestment is due to be completed by April 2022.

Waltham Forest remains the only council to do so. In 2021, about £10bn of investments in fossil fuels were still held by local government pension funds across the UK, even though more than 75% of councils have declared a climate emergency. Divestment is a clear way for authorities to follow through on climate promises.

Most councils in the UK invest through pooled funds. Waltham Forest belongs to the London Collective Investment Vehicle, which manages the pension funds for all 32 London boroughs.

Waltham Forest Council was reliant on the vehicle having appropriate alternative options available for investment. This caused delays and complicated the goal of divestment.

Pooled funds may not have objectives that match up to an individual council’s wish to divest but pooling also offers an opportunity for extended influence. Waltham Forest wants to work with the London Collective Investment Vehicle to help identify alternative investment options for all London councils.

Divestment often takes place across a 3–5-year timeframe. It may not be quick, but it is not without precedent; an earlier push on tobacco saw councils that currently have fossil fuel holdings divest and diversify their tobacco investments.

Political commitment is an essential pre-requisite before embarking on divestment and councils must start as early as possible due to the slow nature of the process.

Don’t be distracted by engagement:

The divestment vs. engagement argument – ie. that it is better to engage as an ‘activist investor’ to push fossil fuel companies for improvements – has prompted intense debate. Vested interests and some local authorities have questioned the effectiveness of divestment, cautioning not to treat it as a cure-all.

However, local councils are simply too small an investor, even collectively, to secure significant changes from the fossil fuel industry via engagement. Councils will not convince companies to overhaul their core business model, nor is the timeline promising – with urgent action imperative, drawn out advocacy is likely to yield too little, too late.

This is illustrated by the recent decision of Dutch pension fund ABP (one of the largest pension funds in the world) which decided to divest because they felt they did not have the power to influence fossil fuel companies to make the necessary changes. ABP has much more investor power/influence than any UK local authority pension funds.

Unhelpfully, the UK government has taken the view that engagement is preferable, with divestment a final option. Teresa Clay, head of Local Government Pensions for the government, advised in September 2021 that council pension funds should resist demands from campaigners to divest from fossil fuels. Councils should forge their own path, following Waltham Forest, and make the case for divestment forcefully.

Watch out for greenwashing:

The fossil fuel industry has started to invest in some renewables or carbon reducing projects which can make it more difficult to work out what constitutes a green investment and what does not.

For instance, BP has invested in a large electric vehicle charging network in England and Shell is investing in offshore wind. But both companies’ fossil fuel spending still vastly dwarfs any spend on renewable initiatives. Councils seeking to divest must conduct thorough research to ensure that investments that are labelled as ethical or ESG (Environmental Social Governance) are genuine alternatives and not still going to fossil fuel producers.

By 2021 this proportion had further dropped to 0.4%, leaving only £3.5m still to divest – huge progress in just a few years.

Waltham Forest’s pioneering example has led the way and provided a blueprint. Four other local authority pension funds (Islington, Southwark, Lambeth and Cardiff) have committed to fully divest, with countless others now moving large proportions of their investments out of fossil fuels and into fossil free funds.

Waltham Forest has committed to using the pension fund to make green investments, when suitable competitive opportunities arise, in order to benefit its communities and the environment.
Read more
Share this initiative
Inspired? Find out more

Using "Warp It", an online clearing house of assets for re-use within and across organisations, to reduce waste and help others recycle more at Hywel Dda University Health Board.

Bretton Hall Community Solar Farm is in its early stages, with the intention for this large scale, community-owned, renewable energy site to become a significant, local community asset.