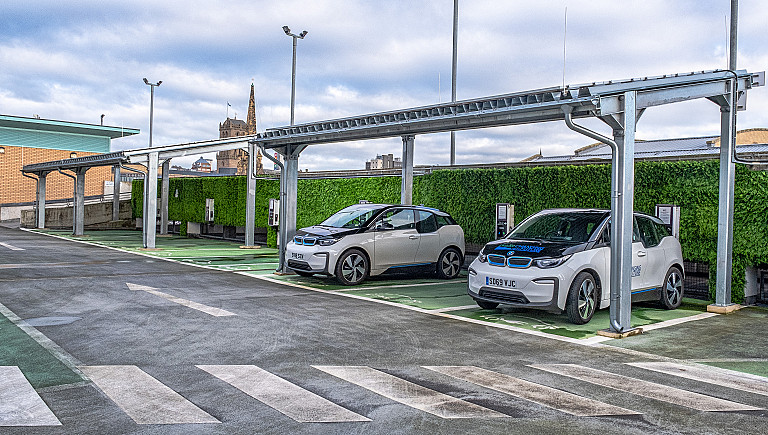 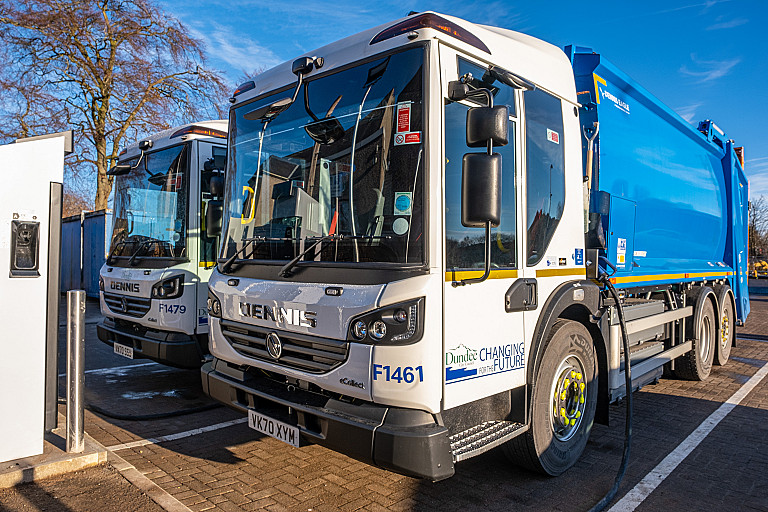 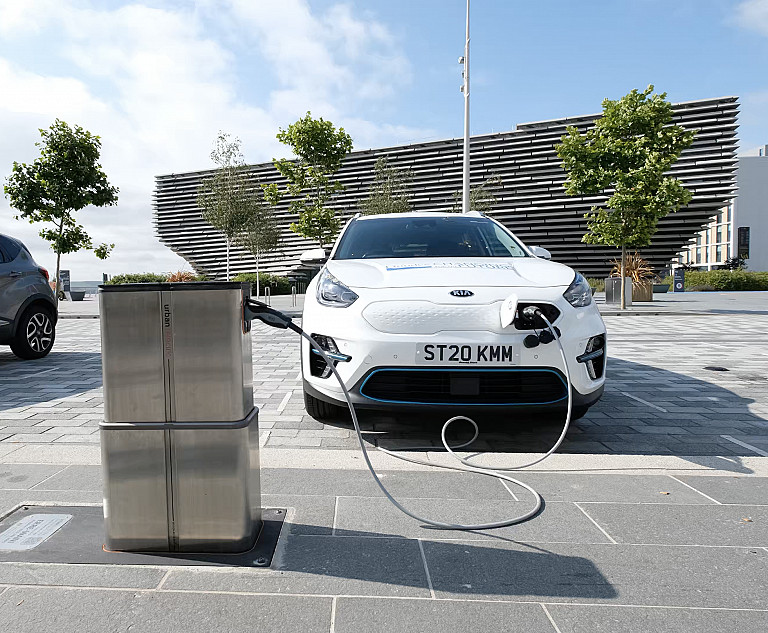 Dundee is regarded as Scotland’s leading city in the adoption, promotion and operation of electric vehicles (EVs). With the introduction of electrical bin lorries and pop-up EV chargers, the city has become something of an innovation centre for learning how cities can meet the 2030 ban on new petrol and diesel cars and vans.

The Council is committed to achieving net zero and has identified transport as a key source of carbon emissions. The council also recognised the potential for EVs to support efforts to reduce pollution from road traffic and improve the air quality for citizens. In 2011, Dundee City Council first launched 100% electric vehicles into its Fleet with the introduction of four cars and chargers at one of its depots. Since then, the council’s fleet it has grown to over 100 EVs and has one of the highest concentrations of EVs of any local authority in the UK. Electric vehicles currently represent over 35% of the council’s small van and car fleet, and by 2025 the goal is to have a 100% electric fleet of small vans and cars. The switch to EVs has now seen the council travel over 5.6 million miles on pure electric, making a significant impact on both the air quality in the city and the carbon impact of the council’s transport, saving an estimated 250,000 tons of CO2.

In addition to the council fleet, the taxi industry in Dundee has adopted electric vehicles, with 18% (130 vehicles) of all taxis currently 100% electric. This number is continually growing and is helping make EVs more visible around the city. This transition has been achieved by progressive policy changes and continued engagement between the Council and the city’s taxi trade. Additionally, a fleet of fully electric buses are to be deployed in the city in December 2021.

The charging infrastructure in the city has also continued to grow since 2011, with a mixture of publicly available and private chargers being installed. Dundee is home to the UK’s first purpose-built EV charging hub in Princess Street, featuring eighteen bays of solar canopies, rapid charging units and an integrated energy storage system utilising second-life EV batteries. Further solar canopies have also been constructed at Queen Street and Broughty Ferry.

The Drive Dundee Electric campaign was launched in June 2017 and has been fundamental in encouraging and supporting the uptake of Electric Vehicles (EVs) across the city. It is now the face of all the latest news about charging infrastructure, regulation and events, and acts as a point of information and contact to ensure all responses are accurate and quick, providing the best experience to EV owners. Robust charging infrastructure capable of supporting the Council fleet and public EVs has been central to success. It is vital to understand the current electrical capacity at key sites and plan effectively to provide the infrastructure required.

Working in partnerships and endorsing innovative technology has also been vital for the success of EVs in the city. Partnerships such as the pop-up EV charging hubs driven forward by Urban Foresight, and working closely with taxi and bus companies in the city has enabled Dundee to lead the way with EV travel.