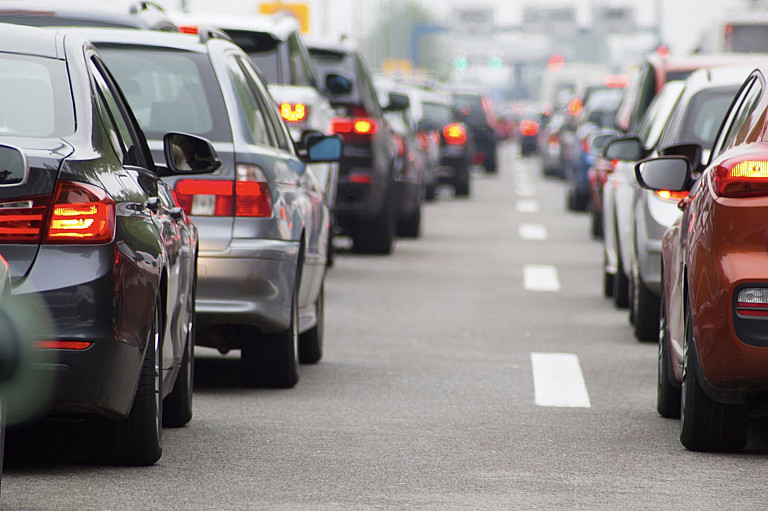 Stroud District Council is reducing car journeys using a settlement hierarchy – a planning tool that aims to keep homes, jobs and services as close together as possible so that people’s daily needs are met on their doorstep. The hierarchy will also make sure developments support new infrastructure for sustainable travel, such as walking and cycling.

Stroud District is comprised of market towns and rural communities. Car use is high:
- 86% of people own at least one car.
- 75% of commuters travel to work by car (higher than the UK average of 62%).
- 27% of people travel less than 5km to work, two-thirds of them going by car.

Stroud District Council is discouraging car use at a strategic planning and development level by putting their settlement hierarchy at the heart of the council’s emerging Local Plan, due to be formally adopted by autumn 2022.

Understanding the roles of different towns and villages has helped Stroud District Council take steps to cut car use. Recognising that the location of communities is a major driver of commuter behaviour, settlement hierarchies concentrate new building development in the most sustainable and accessible places, and restrict it elsewhere, in order to create self-contained settlements where people’s daily needs – including jobs and services – are met close to their home, reducing the need to travel long distances via car.

Stroud’s hierarchy works by ranking the district’s towns and villages against a range of criteria relative to each other. These include: size, access to services and facilities, employment role and economic activity, and retail provision. It also considers distance and connectivity to other centres (where other facilities may be provided). This information reveals each place’s unique role and function, where it is sorted into one of four tiers.

Guided by the settlement hierarchy, Stroud’s Local Plan includes policies DCP1, CP8 and CP13, which require that proposals for new homes or workplaces be located only in places that are readily accessible by public transport, bike, or foot.

If this isn’t possible, proposals must contribute to new infrastructure which improves the accessibility of proposed developments via those modes. Therefore, all proposals are obliged to discourage car usage. This is an attitude towards planning which is proactive rather than passively reactive to developer demands.

Stroud District Council is also integrating its Local Plan with its Sustainable Transport Strategy. This prioritises walking, cycling, public transport, car-sharing and taxis, and then cars – in that order. Interventions include improving the region’s bus services, segregated cycle routes, railway improvements and the promotion of mobility-as-a-service, encouraging people to have occasional access to vehicles rather than ownership as the default.

For many, access to a car offers significant freedom and independence. Making a convincing case that public transport and active travel will retain these advantages and will not worsen inequality may be tricky.

To reduce car dependency two-tiered local government authorities need to work together. As a district council, Stroud has limitations to what it can deliver. Responsibility for strategic transport planning lies with Gloucestershire County Council, the local highway authority. Co-ordinated efforts will achieve more. For example, the county council is working to produce a series of Local Cycling and Walking Infrastructure Plans, which will complement routes identified in the Stroud Local Plan and so support Stroud to expand active travel.

Objections to the proposed new settlement at Sharpness have been raised. Throughout June and July 2021 residents organised guided walks in protest of the Local Plan to highlight the extent of open landscape that will be transformed into housing development. To these residents, the benefits of creating a non-car dependent community do not outweigh the impact of an entirely new development on the local area. Views expressed via the Local Plan public consultation, as well as the council’s Sustainability Appraisal of the proposal, will now be considered by an Inspector at the next stage of the Local Plan process.

Stroud’s topography is hilly and rural, which will increase the cost of the new public transport infrastructure. Additionally, any walking or cycle routes must be well thought out, preferably to be as low effort for users as possible, otherwise public take-up will be low.

Approximately half of the district is an Area of Outstanding Natural Beauty, whilst much of the area in the other half has flood risk associated with the River Severn. On top of this, bottlenecks are created by the M5, A417, A419 and the Bristol-Birmingham rail line. A fine balance has to be negotiated in Stroud: the hilly, highly protected AONB presents some challenges and constraints, whereas the lower lying, flatter Severn vale is better suited to active travel and strategic links to transport infrastructure.

However, the risk is that the AONB becomes car-dependent and inaccessible, while the vale comes under increasing pressure from development. All these factors have shaped the Local Plan policies, including the decision to focus development at the new settlement in Sharpness.

It’s too soon to measure the impact of the hierarchy, but the council’s vision for sustainable transport is clear. Its 2030 aims include:
- 90% of commuters who are currently travelling less than 5km to work via car will use public or active transport instead.
- Rail usage will be 50% up on 2010/11 figures.
- The district’s main town centres will be car-free (excepting resident vehicles).

The following improvements have already been delivered:
- 5 miles of new accessible multi-use active travel paths, which are used by 250,000 people a year, with further extensions to the network on the way.
- Since August 2021 cheaper, expanded and more frequent bus travel has been rolled across the district by Stagecoach West, the area’s main bus operator.

The settlement hierarchy helps the council apply the district-level Local Plan to micro-level issues and challenges and help find solutions. For example, villages and towns with ageing populations and few children, such as Minchinhampton, may need some settlement growth to sustain existing services and facilities. In the case of Minchinhampton there are also problems with school-related traffic overcrowding in narrow streets.

This counterintuitive situation arises when village schools are undersubscribed from within the local community, causing children to journey in from elsewhere. An increase in local housing should increase the proportion of children attending school who live within the village, meaning a reduction in the school catchment area and a reduction in school traffic, as more parents and children have the opportunity to walk to school. In Minchinhampton changes to car-based access to the school will be made so that the village centre will be for walking and cycling only.

The 2022 Local Plan will include the development of a new settlement at Sharpness, a part of the district which has suffered employment loss, a decline in local services, and a rise in deprivation. The new settlement will be promoted as an ‘eco village’, and will be planned along garden city principles – the aim is to create a beautiful, healthy, and connected community that enhances and is integrated with the natural environment.

Sharpness will be a self-contained settlement with 5,000 new homes, a 10-hectare business park, 13.5 hectares of new wood planting and a new rail link to nearby Cam and Dursley (the district’s second major settlement, after Stroud itself). By making walking and cycling the default modes of transport for residents, and by providing employment and services close to where people live, Sharpness will create a more attractive commuter culture, drastically reducing the need for car journeys.

The Sharpness location offers a very specific opportunity – currently, the existing rail line is used exclusively for freight. Adaptation to enable the new settlement to have passenger rail access to the nearby mainline Cam & Dursley station would mean car-free access to major regional hubs, including Bristol and Gloucester. So, the rail link will go beyond simply making in-district travel easier for residents.
Read more
Share this initiative
Inspired? Find out more