NWGN aims to deliver a cross-border greenway network of up to 46.5km by December 2023. In doing so the project aims to achieve a significant modal shift which will offset carbon emissions. 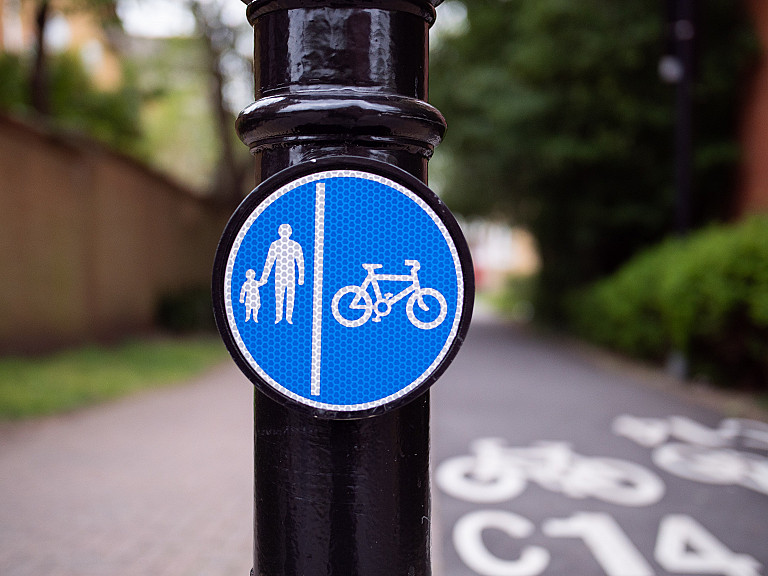 The North West Greenway Network project (NWGN) is delivering a cross-border greenway network of 46.5 kilometres in the North West of Ireland across jurisdictional boundaries. The completed project aims to achieve a significant rise in a modal shift as telemetric data indicates that there are over 500,000 border crossings per week where greenway routes are planned. In achieving modal shift targets, it is estimated that 100 tonnes of carbon will be offset per annum, post greenway construction.

The estimated EUR25 million project is being delivered by partners Derry City and Strabane District Council, Donegal County Council, the Department for Infrastructure and Sustrans, and is funded to the scale of EUR14.8 million by INTERREG VA, administered by the Special EU Programmes Body (SEUPB).

Prior to project initiation, it was important to underpin the strategic context and vision for the project as the concept of a cross-border greenway network was relatively new. This was achieved in the form of the North West Greenways' Action Plan which forms the basis of a strategic and coordinated plan for the development of a network of greenways throughout the North West.

The vision of the Plan is: “To develop a cross-border network of greenways that link people with places locally, regionally and nationally - bringing social, economic and environmental wellbeing to all.”
This plan proved critical in demonstrating the need and demand for the cross-border greenway network which ultimately greatly assisted in securing project funding of EUR14.8 million from INTERREG VA.

Based on previous, similar projects in terms of scale and complexity delivered by Council and partners, it was important to ensure that the project was sufficiently resourced, particularly in considering strict funding timescales. On this basis, an eight staff complement was appointed to oversee project design development and delivery, supported by an external Integrated Consultant Team (ICT).

Both internal and external communication is vital to achieving the objectives of the programme. Internally, a project execution plan (PEP) was established at an early stage, which sets out the agreed governance structure. Integral to the PEP is monthly board and steering group meetings, comprised of partner and funder organisations, and it is at these meetings where key decisions are taken and risks are reported and closely monitored by both delivery staff and senior management.

Externally, prospective greenway users and beneficiaries have been targeted via designated social media platforms (Facebook and Twitter). Our social media accounts have attracted almost 2,000 followers (combined) to date and these mediums have proved vital in communicating key project messages regarding consultation events, planning outcomes, funding updates and general project progress. This communication is vital as we strive to achieve a significant rise in modal shift.

The project hasn't been without its challenges. Time has proven to be the main challenge due to the need to deliver 46.5km of greenway (a significant target) by December 2023. The key time constraints to achieving delivery have been planning and lands acquisitions which have incurred significantly more time than was originally envisaged. With this in mind, for future projects, the partnership would consider undertaking more in-depth, preliminary engagement with landowners prior to requesting funding to deliver capital projects, and would allocate internal resources to undertake the same at risk of a positive funding outcome. This would, we believe, result in a more streamlined delivery process than we have encountered.