East Riding of Yorkshire Council is committed to encouraging more people to cycle through providing high quality cycle networks that are safe and convenient, including the two newly improved routes between Hull and East Riding. 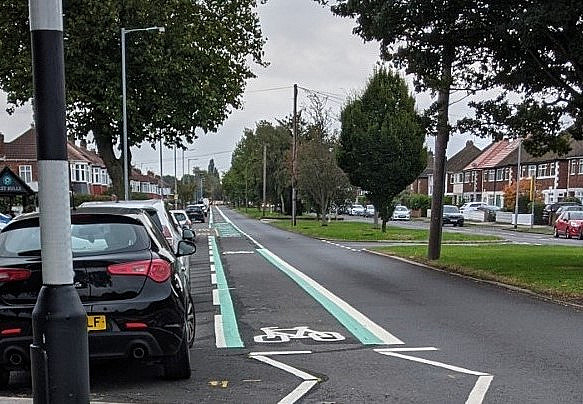 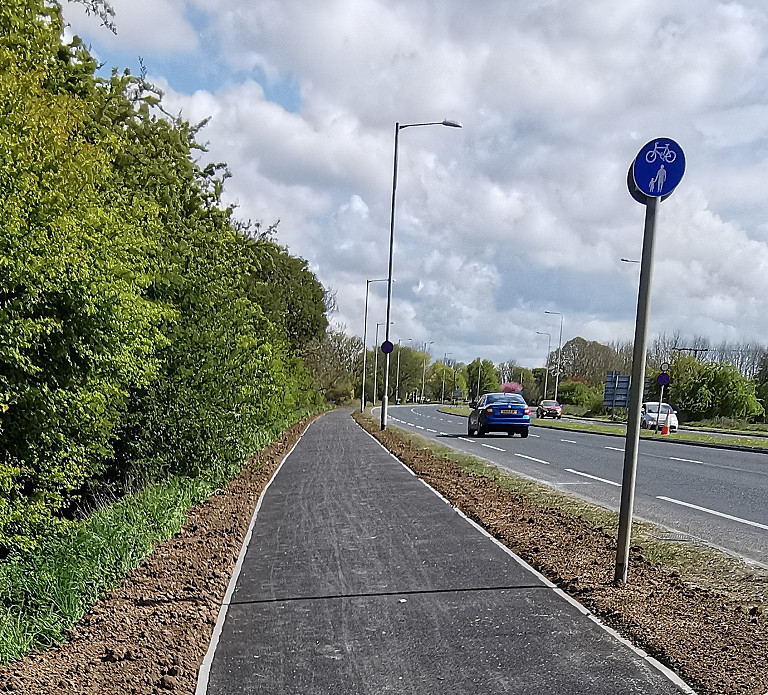 Extension to off-road cycle path on the A1079 Beverley Road.

by East Riding of Yorkshire Council

East Riding of Yorkshire Council have been successful in gaining funding through a joint bid with Hull City Council for improvements to cycle routes between Hull and Cottingham and between Hull and Beverley.

This project has been supported with £500,000 from the Government's Getting Building Fund, secured by the Hull and East Yorkshire's Local Enterprise Partnership (HEY LEP) as part of the Government's commitment to the Northern Powerhouse.

The acquired funding has been used to create an additional section of off-road shared cycle/footway alongside the A1079 Beverley Road to complete the Beverley to Hull route within the East Riding area.

Bricknell Avenue has seen the introduction of a pilot scheme of protected cycle lanes using green markings and wands to semi-segregate cyclists from traffic to improve safety and encourage use.

The scheme aims to support local people cycling between Cottingham and Hull and Beverley and Hull for commuting, travelling to school and accessing other amenities in the area, to help reduce reliance on car use and make journeys easier and healthier for cyclists.

East Riding of Yorkshire Council has been working as a joint approach with Kingston Upon Hull City Council on the project, which offers further cycle convenience, safety and route choice for the region.

Don't be afraid to try something different or pilot a new style of scheme. Although initial feedback may include some concerns from the public on some aspects of a transport related project, often once drivers and the wider public get used to a new measure, it is much more acceptable to them. For example the green markings and wands outlining the on-road cycle lanes on Bricknell Avenue had some initial scepticism during consultation but positive feedback has been received at this time and following the schemes installation, suggesting they are beneficial to cyclists by providing more space and help to curb vehicle speeds too.

As the project has been a cross boundary initiative, it has involved East Riding of Yorkshire Council working in partnership with Kingston Upon Hull City Council since the routes connect both areas and residents and businesses in both authorities benefit from the improvements. As such, agreement on a consistent design for the cycle measures was needed particularly on roads crossing the authority boundaries, therefore co-ordination is important between parties early on in scheme design and consultation.

Number of cyclists travelling along the routes.
Read more
Share this initiative
Inspired? Find out more