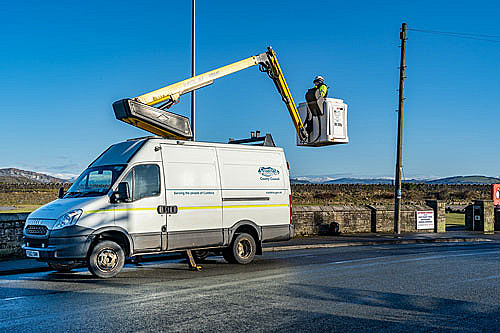 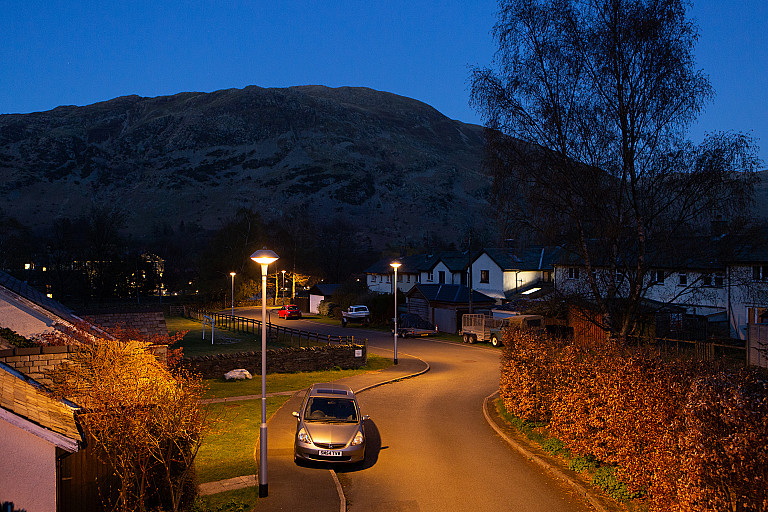 Since 2014, Cumbria County Council has invested £12.9m in its LED Street Lighting replacement and improvement programme, replacing over 45,000 streetlights with more efficient and cost-effective LED technology. As a result, the programme has enabled the council to reduce the consumption of energy through the network by approximately 60% each year, reduce its annual lighting energy bill by over £1m, and save more than 9,000 tonnes of CO2 per year.

Cumbria has some of the darkest skies in the UK – making it one of the few places in the country where the awe-inspiring Milky Way is still visible. Dark skies not only reveal the phenomenal wonder of the stars but they are also critical for the health of nocturnal wildlife. Sadly, light pollution in Cumbria is growing year on year. Traditional streetlights are one of the causes of increasing light pollution, along with consuming energy which also contributes to our carbon footprint.

New LED lanterns manufactured by Thorn Lighting using their innovative NightTune LED technology have been piloted in 5 locations in Cumbria. The lanterns emit a blend of white and amber light which can be automatically adjusted to suit the time of night and level of traffic on the road. Visibility for drivers and pedestrians is not affected by the blended light colour. The lanterns deliver light focused at ground level preventing light pollution up into the night sky with no visibility of the LED, reducing any potential for glare.

The initiative arose from the Dark Skies Cumbria project that aims to reduce light pollution in Cumbria. The project is a collaboration between Cumbria County Council, the Dark Skies Cumbria project led by the Friends of the Lake District, and the Council’s LED supplier Thorn Lighting UK Ltd. Areas selected for the pilot were all due for street lighting upgrades or situated in a sensitive location.