The Belper Clusters Heritage Group are on a mission to bring sustainable transport to their community, while respecting the local conservation area and World Heritage site status. 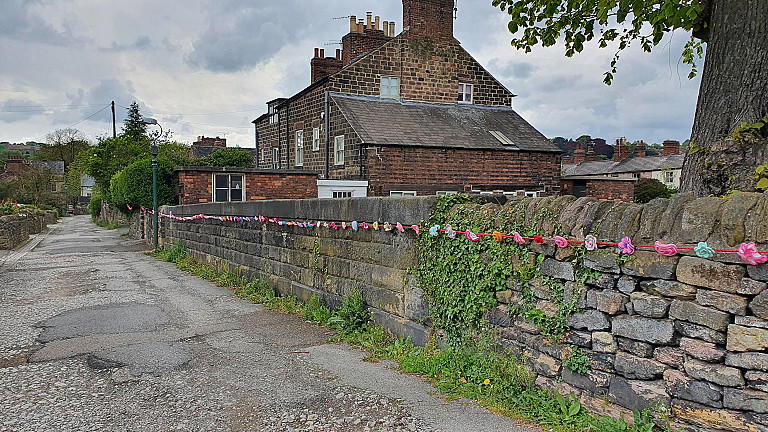 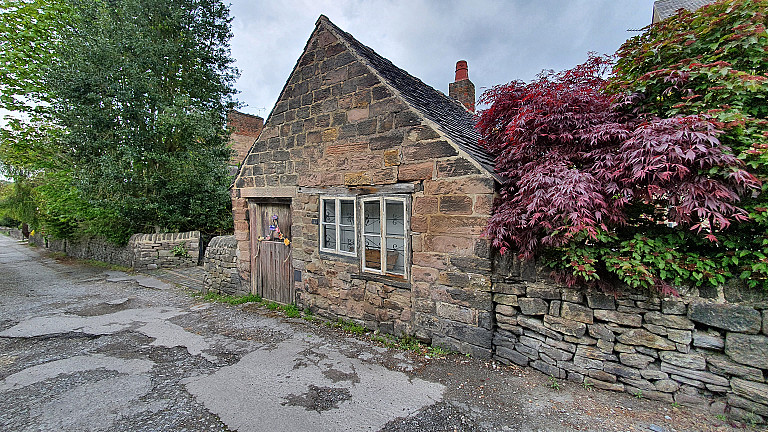 A surviving example of a Cluster style property from the roadside. 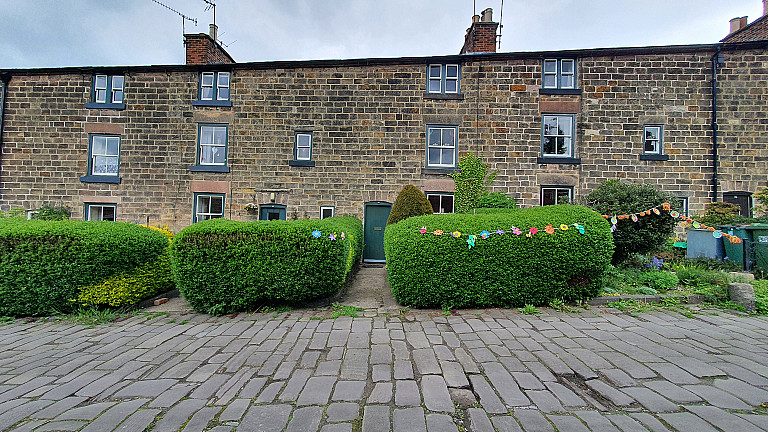 Another example of the characteristic properties of the Belper Clusters.

by the Belper Clusters Heritage Group

The Clusters are one of the best known areas of housing developed for mill workers during the industrial revolution in the Derwent Valley Mills World Heritage site. They were established by Jedediah Strutt and comprise of 4 streets of mixed housing, including the Clusters style quarter houses, of which Belper's are considered to be some of the earliest surviving examples.

When the houses were gradually sold off by the Strutt Estate there was no coherent plan in place for maintenance. In some cases a householder owns the small piece of road to the front and rear of the property, in other cases ownership is unclear.

A small group of residents formed the Belper Clusters Heritage Group in order to preserve this cultural heritage and work to strengthen and support the local community. They achieved the backing of residents and built an engaged network of stakeholders, including: local community; Network Rail (George Stephenson listed railway cutting through the streets); utility companies; and the Ministry of Defence (they have a building in the Clusters).

Supporters include: Derwent Valley Mills World Heritage board; Derbyshire County Council; and the Duke of Devonshire and the Chatsworth Estate.

The group realised that local and national requirements for a move to low-carbon energy and a Government commitment to end the sale of vehicles powered by fossil fuels could leave residents in a difficult situation. A lack of driveways and strict rules related to conservation area status could make installing chargers and sustainable energy technology difficult.

With the help of a successful grant award from the Rural Community Energy Fund, a feasibility study was commissioned. Charity trustees Trevor Burton and Michele Pattison worked with Cenex, a low emission vehicle research consultancy, engaging residents throughout the process. The comprehensive study found that the project was probably unique in the UK and, if completed successfully, could be an exemplar for others in a similar situation.

After the successful completion of the feasibility study the charity have now gone on to successfully bid for stage 2 of the Rural Community Energy Fund and are proceeding with the next stage of the project.

We initially started to discuss the difficulties faced by the local community when news items began to appear about the move to low-carbon energy and the phase out of fossil fuel powered vehicles. We were concerned that our community might be left behind, as limited parking and very strict rules related to the conservation area and world heritage site status could make it difficult to implement electric vehicle charging. In addition, a mix of young families, working couples and elderly residents could make it impractical to expect someone to travel to a charging point elsewhere.

One of our trustees heard about the Rural Community Energy Fund at an energy event put on by the University of Nottingham. They spoke to a representative of Nottingham City Council at the event and were encouraged to find out more about the scheme.

After deciding to apply for funds to undertake a Feasibility Study for the implementation of an EV charging scheme in the are, the first step was to obtain 3 quotes. This proved to be very difficult. The unique qualities of the area and the onset of the covid-19 pandemic meant that many companies were unable or unwilling to quote. However, after providing evidence of efforts to obtain quote, we were successful in being awarded funds.

Throughout the project we made efforts to engage and communicate with the local communities. We had one very angry email from a resident who didn't want to see any 'mod-cons' introduced to the area. My advice to anyone in this situation is not to respond immediately. Take some time think it over and try and see it from that persons point of view. Be calm and reassuring in the reply. Ask them for any ideas or contributions they might have to address the issue you are working on. This worked well for us. If anything, in hindsight, we would communicate more frequently with residents. We tended to think that if we didn't have anything big to talk about we didn't need to do an update. We also struggled with not being able to hold residents meeting because of covid. We've now had feedback from one person that suggests this leads people to think we are doing nothing, which couldn't be further from the truth.

Something else I would recommend is to include a good range of people as part of the group. We struggled for some time when we only included people working full time, but once a retired resident became a trustee things improved. We are also now considering how to include younger people so we represent all age groups and can take a range of opinions into account.

I would encourage other communities like ours to start this process now if they can. Attitudes to areas of historic interest need to change so that we can be allowed to live in a modern, sustainable way, while also protecting our heritage.