Ards and North Down Borough Council is working in partnership with local volunteers to provide fresh produce during the Covid-19 pandemic to communities in crisis. 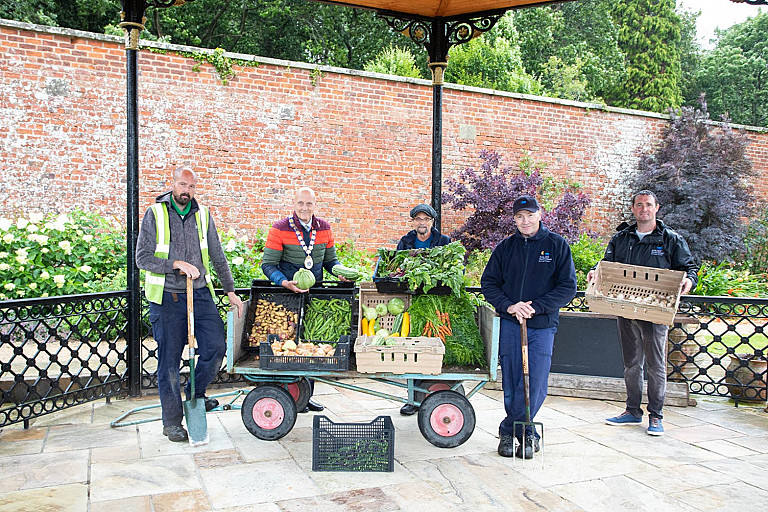 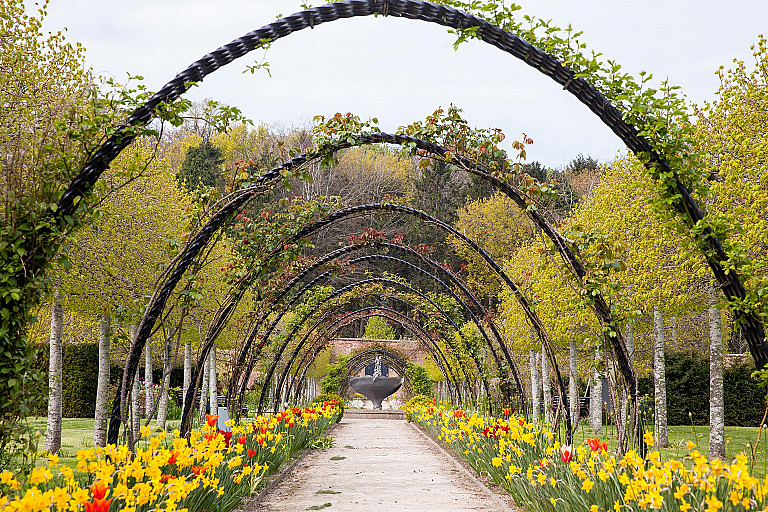 Since the garden began growing vegetables they have always been sold with donations going to the elected Mayor’s charities that year.

The pandemic this year meant that regular process couldnt happen. Instead vegetables grown in Bangor Castle’s Walled Garden have been donated to two local foodbanks – Bangor Foodbank and Community Support as well as Newtownards Foodbank.

During this time of crisis a more direct solution was welcomed by donating this produce directly to the crisis kitchens in the local area.

During the period of the Covid-19 pandemic (April 2020 - July 2021), Ards and North Down Borough Council delivered 16,000 food parcels (funded by the Department for Communities) to those who found themselves unable to get access to food. It also assisted in supporting local pop up food banks, shopping services, delivery of home cooked meals and prescription collection through working with local community groups and individuals.

This project, alongside many others across the borough and Northern Ireland showed how well people and organisations came together to support their communities in a time of real need and crisis.

Recent data released shows that Trussell Trust foodbanks recorded a 142% increase in people requiring emergency food parcels in Northern Ireland. However, in Bangor they recorded an increase of 432% in June, as well as a 535% increase for the number of children receiving support.

Bangor Castle Walled Garden was opened in 2009 to bring a long-lost Victorian garden back to life and beauty. The garden is divided into 4 main areas, a flower garden, a wildflower and orchard garden, a swamp garden and a kitchen garden. Whilst originally the whole garden would have been given over to fruit and vegetable production, today the kitchen garden is set in just one corner of the main garden. It is subdivided into smaller plots and is an example to show visitors of what can be achieved in their own gardens. In the kitchen garden, Ards and North Down Borough Council horticultural staff grow organic produce throughout the year including beans, peas, potatoes, onions, garlic, even pumpkins!

Originally, all the seasonal produce was sold in the North Down Museum and the proceeds given to the Mayor’s chosen charities. This changed when the museum had to close to visitors, at the beginning of the Covid-19 pandemic. Rather than see the fruits and vegetables of that season go to waste, the garden team decided they would use the situation as an opportunity. The aim was to tell a story of how food can be produced and used locally, providing an array of social, economic, health, and environmental benefits.

The situation at the time forced many people to search for assistance from food banks and similar charities. Given the quality of the food produced in the garden and the help it would provide, relationships were quickly developed with the local volunteers providing these services.

Ards and North Down food banks and 'crisis' kitchens now collect weekly vegetable donations from Bangor Castle Walled Garden. They add this to other produce donated by local supermarkets, food retailers, and butchers. It is then used to cook up nutritious meals for those in need. Each month, the kitchen provides approximately 1,200 – 1,400 food boxes across the Ards and North Down area. The food banks provide over 40,000 meals each year to other charities and clients in need. It is estimated that the food supplied by the walled garden has helped approx. 1000 people so far. The carbon footprint of food can be reduced by using it locally and minimising waste.