Harworth Group is transforming the former Thoresby Colliery, Nottinghamshire's last coal mine, into Thoresby Vale, a sustainable new community, creating 800 homes, up to 1,000 new jobs and a 350-acre country park on the site's former spoil heap. 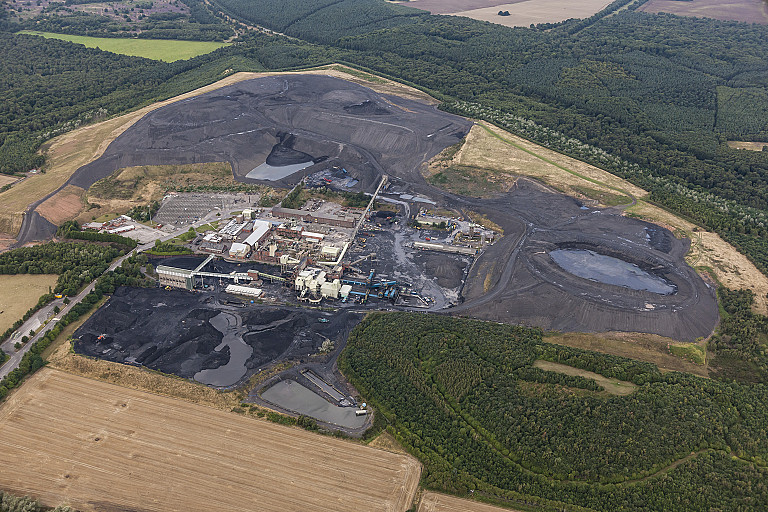 The new community of Thoresby Vale, currently under development. 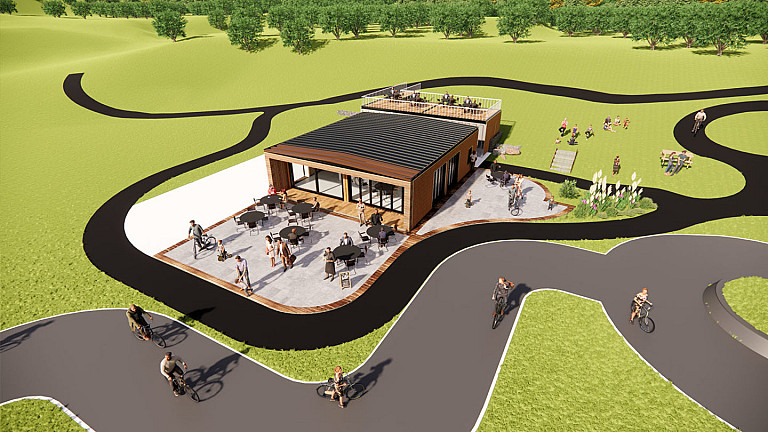 Thoresby Colliery in Nottinghamshire was opened in 1925 and closed in 2015, by which time it was Nottinghamshire’s last operational coal mine. Its closure ended a 750-year history of mining in Nottinghamshire. At one time Thoresby produced more coal than any other colliery in England, with output reaching 100,000 tonnes a week.

Following the closure of Thoresby Colliery in July 2015, the site was purchased by Harworth Group for restoration and development. The site was named Thoresby Vale, Edwinstowe, to maintain the link with its heritage and the neighbouring village.

The development received outline planning consent in October 2017, and in early 2019 it received full planning permission to deliver a masterplan for 800 new homes ranging from apartments and starter homes, through to five-bedroom houses and a retirement village over a 10-year period. The plans also include up to 250,000 sq ft of new commercial space, expected to create around 1,000 jobs, and the restoration of the former site’s former spoil heap – the highest vantage point for miles around and offering panoramic views of the Sherwood Forest – to be fully restored to create a 350-acre county park, with multiple ecological habitats and significant areas of green infrastructure.

Demolition, clearance and remediation works were completed in 2018, which included permanently filling and capping the two mine shafts. Materials were retained and reused for roadbase and footpaths throughout the development wherever possible.

The colliery’s original workshop will be retained and restored to maintain the heritage of the site and accommodate a range of community and leisure uses part of a new local centre.

A new school will be delivered as part of the development. Incorporating a ‘forest school’ ethos, which aims to connect students with the outside world as far as possible, the school design will be future-proofed through the inclusion of a number of energy saving features including mechanical free ventilation and roof-mounted solar PV panels.

Harworth has also recent partnered with Nottinghamshire County Council and two local universities to trial a 5G Innovation hub on-site as part of a wider initiative for the neighbouring Sherwood Forest to become the World’s first 5G ‘Connected Forest’.

In August 2021, grant funding was received from Places to Ride, a partnership between British Cycling, the DCMS and Sport England, to create a multi-use cycling facility at the heart of the development, including a “Learn to Ride” area and mini pump track, as well as a modular cycling hub. The new facility will connect to the various multi-use footpaths proposed for the site’s country park and enhance existing cycle path infrastructure in the area. As well as boosting the physical and mental wellbeing of local residents, the facility will provide a new cycling destination for the approximately 500,000 people who visit Sherwood Forest every year.

Harworth Group is one of the leading land and property regeneration companies in the UK, owning and managing over 15,000 acres on around 100 sites in the North of England and the Midlands. We specialise in regenerating large and complex sites which have often been used for former industrial uses and used our experience to inform our approach to regenerating the former colliery site.

In approaching any project, we take account of the five pillars of the Harworth Way: Planet, Communities, People, Partners and Governance. This means engaging with stakeholders early in the process of regeneration, to understand the needs of local communities, local authorities and the environment, and deliver sustainable places where people want to live and work.

There was a total of 57 bird species breeding onsite during the spring and summer of 2021. Some of these species including woodlark, cuckoo and snipe were recorded onsite this year for the first time. There are approximately 80 breeding pairs of skylark in the country park and a similar number of meadow pipit, neither of these species were present prior to restoration of the grassland / heathland habitats. Nightjar and woodlark are both interest features of the Sherwood Forest ppSPA (prospective potential Special Protection Area); both species have been recorded in the Country Park during 2021. Nightjar was first recorded in the site in 2016 and woodlark was only first recorded in the site this year.

A total of 25 bird species of conservation importance and interest made their home in the country park in the winter months of 2020 / 2021 including migrant birds such as Fieldfare and Redwing which are both protected species. Marsh tit is also an uncommon species first recorded in the country park in 2020 and has stayed during 2021. Other bird species only recorded onsite since 2020 were woodcock and stonechat, we have also seen an influx of migrant skylark during the winter months.

We also form partnerships with universities, charities and other organisations to find solutions to some of society's most pressing challenges, including how to provide the homes and jobs that communities need while decarbonising, how to use technology and innovation to enrich peoples lives, and how to protect our biodiversity and green spaces so they can be enjoyed by future generations.