The Erne Campus of South West College is forging a path for sustainable buildings in Northern Ireland. 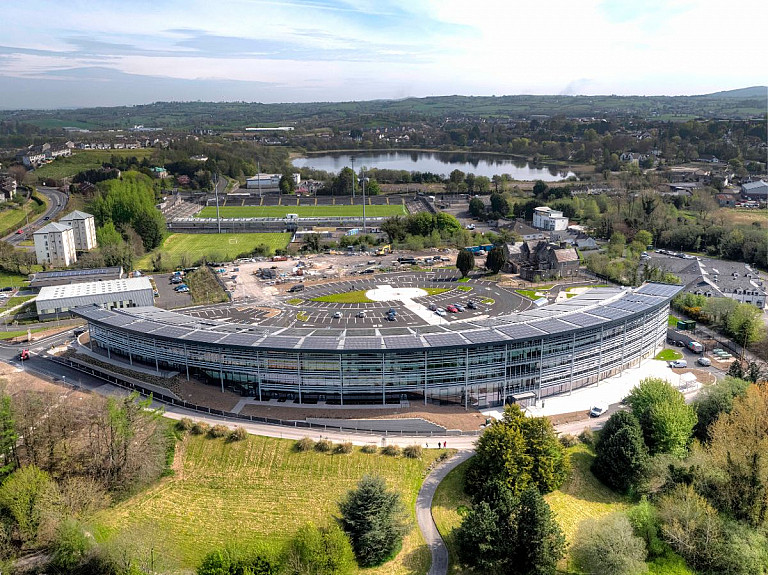 Aerial view of the New Erne Campus at South West College in Enniskillen. 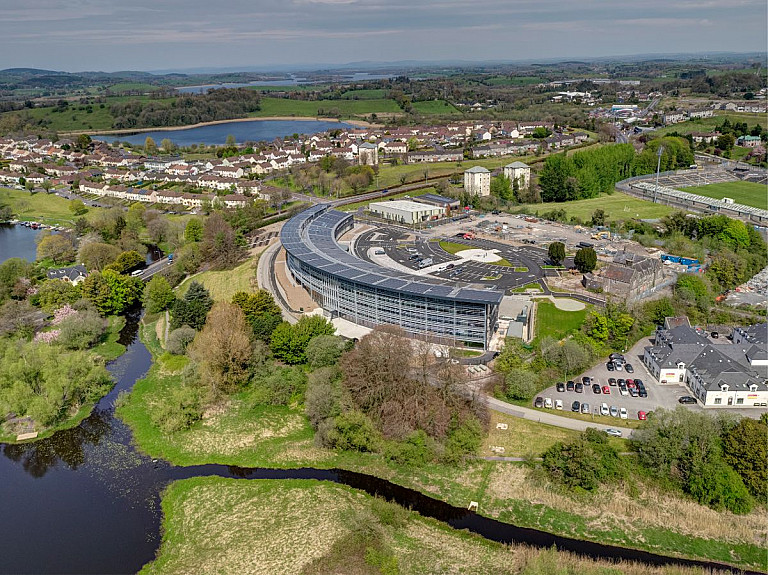 Aerial view of the Campus with Lough Erne in the background. 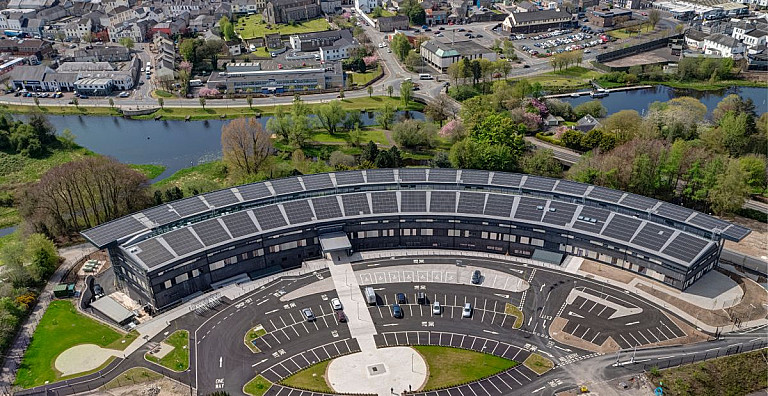 Aerial View of the campus looking out over the town of Enniskillen.

The Erne Campus is the second Passive House project for the South West College, the first being the award-winning CREST Pavilion completed in 2016. The success of this initial scheme was the key to the decision for South West College to strive for Passive House Premium at Erne Campus in Enniskillen. The brief was to achieve a building with world class teaching and learning facilities. The college felt it was incumbent on them to act on the climate change imperative to aim for the highest international environmental standards in sustainable innovation and design by implementing Passive House Premium and BREEAM Outstanding.

Now that the Erne campus is completed and opened it heralds another new journey. The college has begun the one planet living journey which will introduce a new culture to the staff and students alike. The One Planet Living framework is a bottom-up approach which is supporting us to create a 'One Planet Action Plan' which will act as a route map towards a more sustainable future of the College. We aspire to becoming the first carbon neutral college in the UK.

The most recent report has forecast that we now only have a few years left to reduce emissions, enough to avoid a catastrophic rise in global temperatures. Significantly reducing the emissions of our buildings is vital if the UK is to make a meaningful contribution and lead by example when many countries are also struggling to understand how to reduce emissions sufficiently.

The application of the Passive House Standard is still relatively new in the UK and in particular Northern Ireland. The major challenge is not to adopt the passive house concept in just a physical or technical way. The barriers are in the construction culture in both minds and habits. South West College and CREST offer passive house training services in Northern Ireland which will help to break down barriers.

The key going forward is to build the best buildings we can today so that we can have a better tomorrow, this project is evidence of how it can be done and we hope that it is the first of many high performance buildings in Northern Ireland.