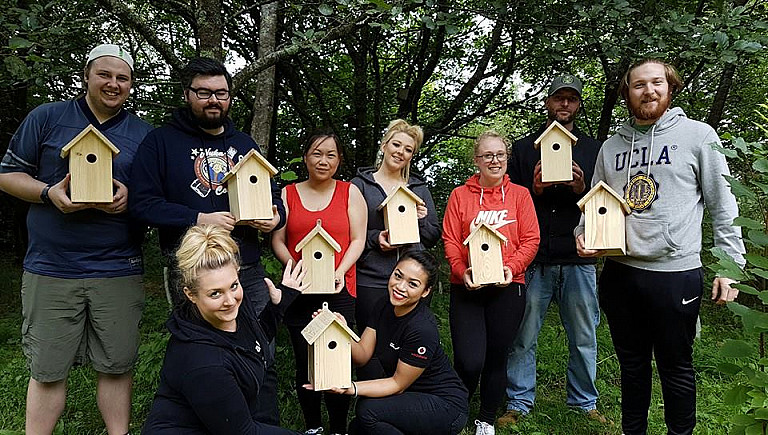 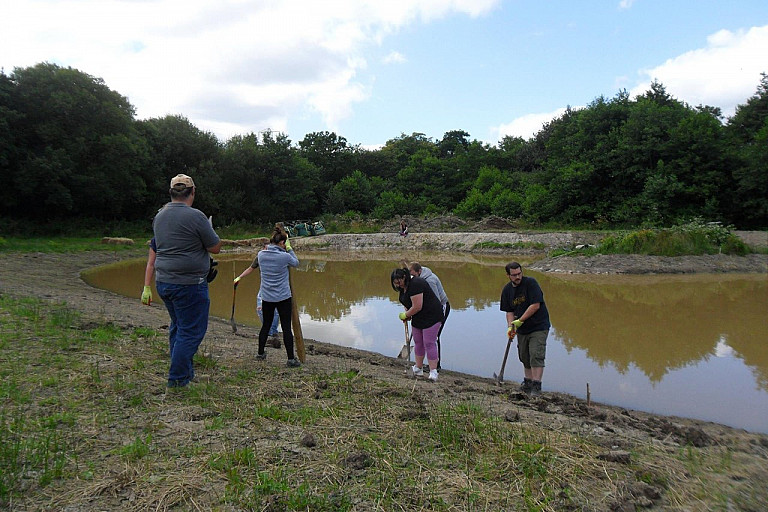 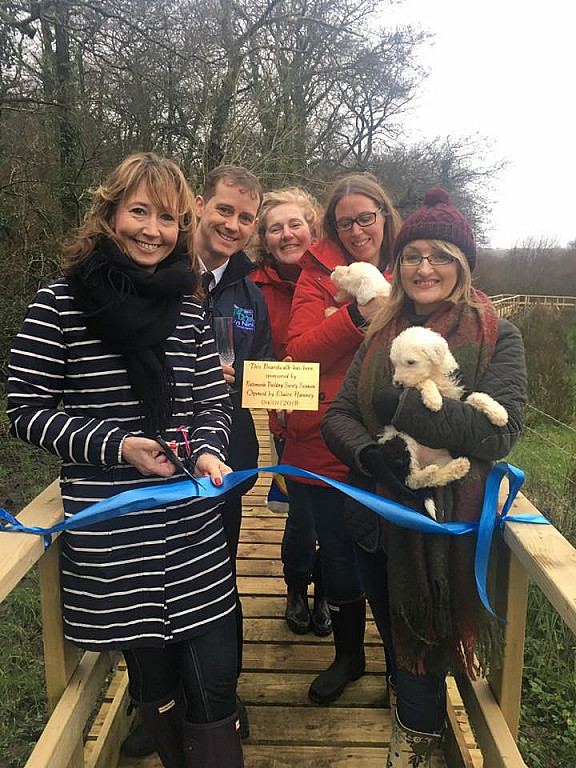 by Sally Hyman, Chair of Trustees at RSPCA Llys Nini

In 1994, Llys Nini acquired a derelict farm in Penllergaer to use as animal and administration accommodation. However, at the time, we were unaware of the enormous potential of the 78 acres surrounding the farm, and that this was a SINC (Site of Importance for Nature Conservation).

On realising we had a considerable asset of community, environmental and ecological value, we sought and received support from multiple local partners. This included City & County of Swansea, who carried out surveys and identified rare Yellow-neck mice on the site; the former Forestry Commission Wales, whose Better Woods for Wales scheme provided us with the first of a stream of grants; and Countryside Council for Wales’s Tir Gofal scheme, which awarded us funding to employ a woodsman to make glades in the wood.

In 2018, we were awarded a Big Lottery Fund grant of £125,000, which allowed us to contract City & County of Swansea’s Conservation Team to project manage the grant. As part of that project, a pond was created which is now stocked with fish, attracts kingfishers, dragonflies, and mayflies, and is already showing evidence of otters. We’ve also built an amphibian pond and a sand martin hotel. We have upgraded paths with support from the Dylan Thomas Community School; National Lottery allocated funding to install benches; we were awarded a Tesco’s Bags of Help grant which was leveraged to build a new boardwalk using recycled material made from old Tesco bags; and Nationwide Building society helped us to install a boardwalk to a bird hide on the pond.

Our network of volunteers play an important role in helping to manage the site, whilst also benefiting their wellbeing through spending time in a rural environment.

Beyond our environmental projects, more than five acres of solar panels have been installed by a solar energy company on another area of our site, and we have allocated a plot on the site to Swansea Beekeepers. We are now exploring other opportunities to work with local businesses, such as discussions with a brewery to use our orchard to make cider.

We operate a number of charity shops in the area too, and during the pandemic as a result of many people using the time to clear out their houses, we received a large number of donations that would otherwise have gone into landfill, providing much needed stock for sale through our shops. As a result of receiving grants worth £600,000, we are now looking to build a new facility called Yr Ysgubor that will house a new recycling facility where volunteers will be able to repair donated damaged items so that they can be sold through our shops. We also have plans to introduce a café and hub for Welsh learners, offering lessons or just the opportunity for people to gather to socialise in both languages.

The most important piece of advice I would provide is to seek expert opinion to determine the asset potential of your site. City & County of Swansea assigned an ecologist to support us with a survey, highlighted the significant potential of our 78-acre site. Once we understood the associated opportunities and constraints, we sought advice from Ti’r Gofal and a grant from Better Woods, and this enabled us to source more specialist advice.

We then worked with established agencies on producing a recovery plan which included actions we might take to capitalise on our site assets. We had, for example, been cutting the fields every year and making sure the cuttings were taken off site. But we were advised it could be used as haylage, so we contacted a local farmer and came to an agreement that he would pay us to cut our fields and take it away, so this became a welcome new income stream. This also led to a herd of Belted Galloway cows grazing on the land, extracting the nitrogen, before being housed indoors for winter.

Our main challenge to begin with was a lack of funds; the environmental aspect of our charity is not our core focus, so we were unable to invest our charitable income on environmental improvements to the site. So, we leveraged grants as seed funding. We spent £125,000 of lottery funding on digging the otter pond, putting the paths in, and putting up notice boards. At the same time, we invested in vending machines and in a partnership with Joe’s Ice Cream of Llansamlet, so the people who visit us to enjoy the site are able to purchase refreshments, providing a valuable additional income stream.

To attract and maintain a network of volunteers, you have to offer them work that makes them feel they are making a valuable contribution, and which supports their wellbeing. People volunteer for a number of different reasons: it might be because they want to socialise, save the planet, or enjoy the company of animals. However, the main objective is to ensure they are comfortable with the work they are involved in, and they find this rewarding. Our volunteers really matter to us, and without them we wouldn’t have been in a position to develop the range of environmental projects we have on our site today.

I would be delighted if other organisations took inspiration from our story. My advice would be to seek specialist help – and sometimes the more specialist the help, the less likely it is you’ll have to find funding to source their support. For example, the local Councils for Voluntary Service (CVS), particularly Swansea CVS were extremely helpful to Llys Nini. We have of course made mistakes, but I don’t think we have made as many as we potentially could have if we hadn’t consulted experts and taken on board their advice.

In 2021, our charity shops diverted about 1,100 tonnes of materials from landfill. We generated 10,000 kilowatt hours, worth £4,565 from the solar panels installed on our site.
We’re also supporting wildlife through the creation of a new woodland. We entered a partnership with a vet practice which led to them building a new clinic on our site, reducing travel times.
We anticipate that the new build, Yr Ysgubor, will support us in attracting thousands of new visitors.
Read more
Share this initiative
Inspired? Find out more