HyNet is a UK-leading innovative energy project which, from 2025, will replace fossil fuel gas with clean hydrogen and carbon capture and storage, setting the North West and North Wales on the path to Net Zero, protecting and creating jobs.

HyNet came about as a solution to the challenge of the huge amount of carbon dioxide emissions released by industry, the transporting of heavy goods and the heating of our homes as we move towards net zero emissions by 2050.

HyNet will use low carbon hydrogen, produced within the North West region, as a replacement for the fossil fuel currently used. To make a real difference to our energy system, it needs to be produced at scale, at low cost, and with very low emissions.

HyNet is a hugely bold and audacious concept - the re-imagining of an entire energy system and the transformation of an industrial landscape built on carbon to zero emissions.

HyNet has invested £40m to develop the engineering, show how the technology works and design the plan. The consortium is made up of eight committed partners who, together, are delivering the HyNet infrastructure - hydrogen production, distribution and storage, and carbon dioxide capture, transport and storage. We are also working with almost thirty major regional industrials who are all focused on utilising HyNet as the centrepiece of their decarbonisation strategy. It was also recently successful for further Government support, becoming one of two Tracker One Carbon Capture and Storage clusters for infrastructure funding.

HyNet is a low cost, highly deliverable, world-leading low carbon energy cluster aimed at removing carbon from all industrial emitters across the region. We will decarbonise an oil refinery, a cement plant, a fertiliser plant and glass, chemicals and food and drink manufacturing facilities. By doing this, we will support industry to operate sustainably.

We will deliver the infrastructure backbone to deliver low carbon hydrogen for flexible power generation and to provide a blend of hydrogen to heat people's homes. Much of HyNet's infrastructure will be the reusing of that used for producing, storing and transporting fossil fuels. As fossil fuels are wound down, we can directly repurpose these for use with clean hydrogen and capturing carbon.

HyNet will also bring huge benefits for the regional and UK economy, playing a key role in shaping the region's future, supporting the levelling up agenda. We will deliver economic growth through job retention in manufacturing industries and job creation in the low carbon economy, retraining workers and preparing the supply chain to realise the global opportunity - positioning the region as a highly attractive location for inward investment. Throughout all that we do, we continually engage with our stakeholders to listen and share knowledge.

HyNet is a huge infrastructure project. It consists of a number of separate projects, each managed by a member of the HyNet consortium. Each project partner is fully focused on using innovative approaches to progress relatively new technologies. We work collaboratively to share knowledge and to integrate each element of HyNet together.

HyNet is integrated with the North West Hydrogen Alliance, Net Zero North West, and the North West Business Leadership Team, providing opportunity for partnership on major events in the region. Social media channels (Twitter, LinkedIn) have been established for the project (@HyNetNW) to raise both public and political awareness of project progress. It's also a key part of the North West Industrial Cluster.

Industrial collaboration is key not only to the success of HyNet, but also in the transfer of knowledge and provision of a framework for the delivery of future carbon transport and storage networks across the UK. We have, and will continue to be, involved with industrial organisations and governing bodies, regional energy bodies and educational institutions to facilitate the development of standards and more general transfer of knowledge in this new area of expertise.

Whilst we have already engaged with some areas of the supply chain, as the project progresses we will become ever more engaged in knowledge transfer with the supply chain, including construction, material and manufacturing industries.

We have partnered with the University of Chester to provide a package of work to inform the potential socio-economic impacts of the HyNet project. In addition to this, HyNet looks to collaborate with higher education institutions to share knowledge regarding the development of full-chain Carbon Capture and Storage and hydrogen solutions. We have also collaborated with University of Manchester.

We work with Government at both a national and regional level. We are also engaged with local MPs, metro mayors and Local Enterprise Partnerships (LEPs). With the approach of COP26, HyNet is keen to support the government in promoting successful decarbonisation activities on a global stage. 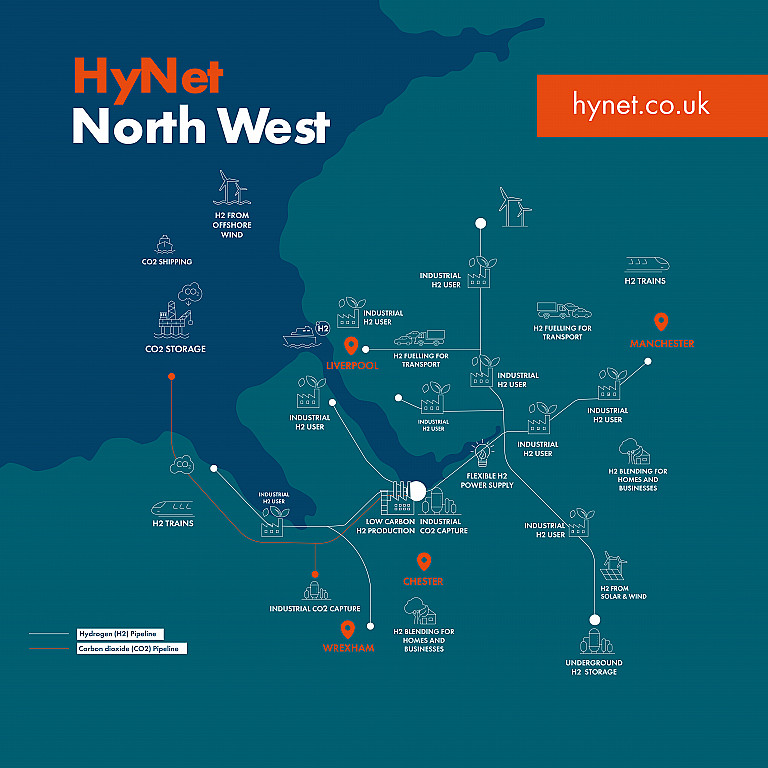 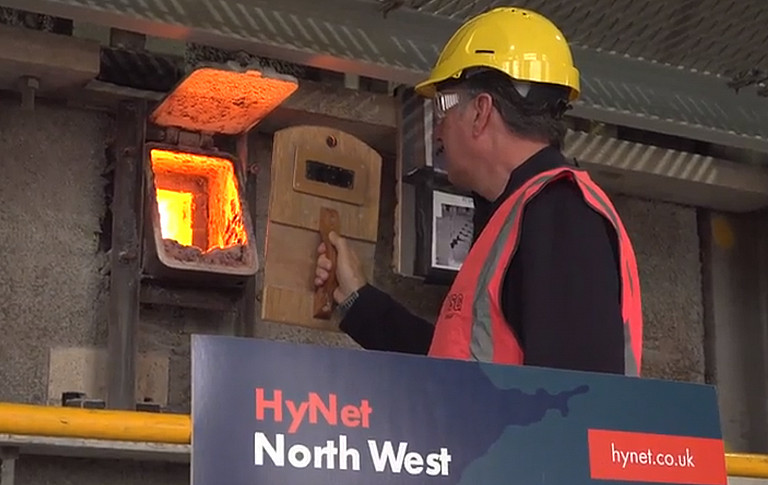 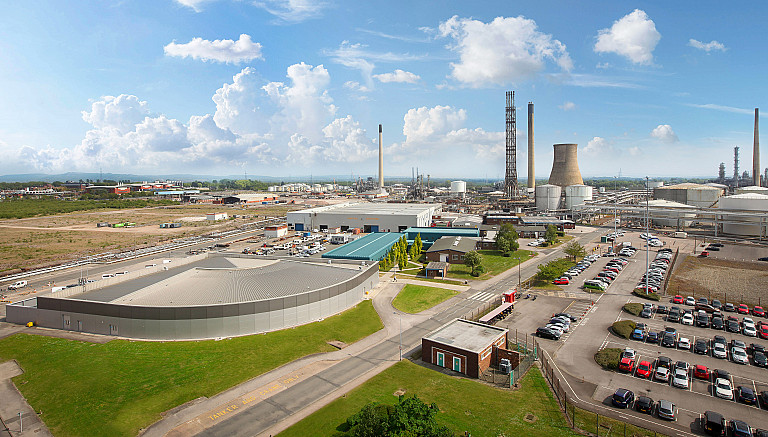 S.Rotheram at Pilkington as first ever sheet glass made with 100% hydrogen.
Inspired? Find out more