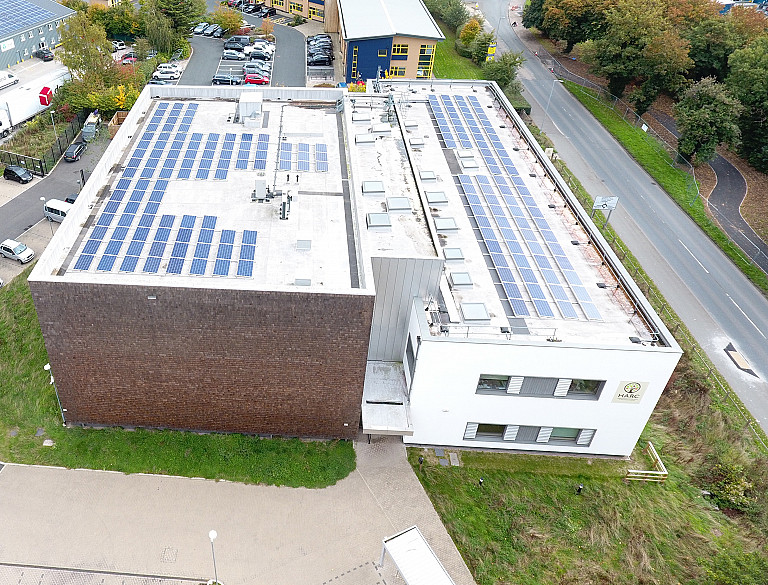 Herefordshire Archive and Record Centre (HARC) brings the county's archive, archaeology unit, the historic environment record, and the biological records centre together in one building, allowing people access to all these records in one place.

Architype costed two plans for the building, one to BREEAM Excellent and one to PassivHaus standard. The PassivHaus design worked out cheaper to build and almost 1/3rd less per square metre than a conventional archive building.

Work on the centre started in August 2013 and the build took just over a year - with completion on site in December 2014 and formal key handover in January 2015.

The HARC building was opened to the public in August 2015, with the official opening taking place on 1 October 2015, by HRH The Duke of Kent KG.

The award winning building is energy efficient, with running costs significantly less because of the leading edge 'PassivHaus design'.

It is a German design standard that designs out energy use; has no air conditioning and works very well; is the first of its kind in Europe - people from other authorities come to visit; has been designed and supported by Architype and Elemental; is tremendously effective in winter; and had a £600 heating bill last year!

It now provides Herefordshire's archives with the environmental and access standards as required by The National Archives for accreditation.

The “Front of House” is warm, draught free, acoustically pleasing, and well ventilated. Staff based on site can open windows and control their own radiators.

The new building also enables Herefordshire Council to offer a range of social and community outreach programmes, with a dedicated educational room and improved facilities and access for the public.

To increase the energy efficiency of this building Herefordshire Council has also recently installed solar PV on the roof of the HARC through the Sustainable Energy in Public Buildings (SePuBu) ERDF funded project.