National award for Gateshead scheme that shows how low you can go. 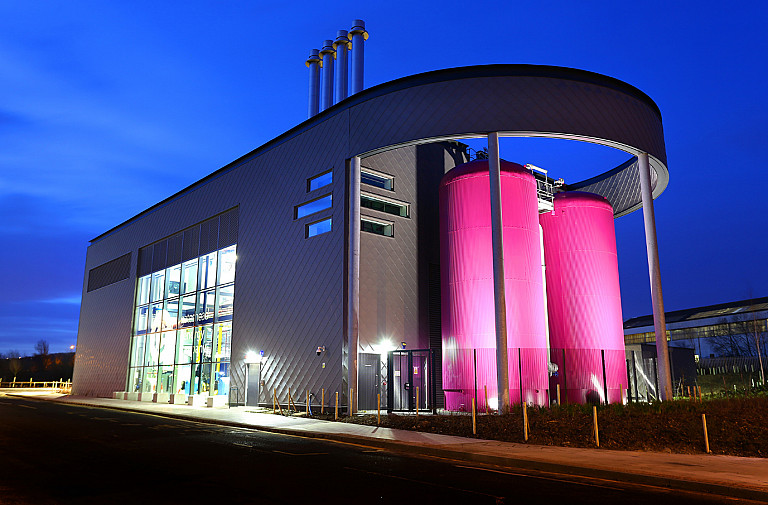 The District Energy Scheme is leading the way in the North East.

A collaboration between a local authority and private businesses has resulted in an award-winning scheme to supply low carbon, low-cost energy to homes, council offices, and businesses.

The Gateshead District Energy Scheme, which provides a heat and power network supplying Gateshead town centre, already has doubled its initial 2.5km area to 5km. Now a further 5km will be added by early 2022.

The project uses a mixture of battery storage and combined heat and power to provide heat through 3km of pipes and electricity via a private wire network to domestic, commercial and public sector customers.

The District Energy Scheme won national acclaim when it was presented with the “Visionary Project Award” from the Association for Decentralised Energy (ADE) at its 50th anniversary awards held at the Science Museum in London.

Since it began in 2018, the scheme has been under the ownership of Gateshead Council and is operated by the council’s own power company Gateshead Energy Company.

Although publicly funded, the scheme only was able to be brought into being by a partnership with several private companies, including WSP, which developed the scheme from concept; Northern Powergrid, which supported the scheme by selling some of its assets to be used by the network, and its sister company IUS, which maintains the network.

Thanks to NEECCo (www.neecco.org.uk) and to North East England Chamber of Commerce (www.neechamber.co.uk) for case study information.

Before the network was built research included looking at similar schemes, financial feasibility and finding suitable customers willing to be part of the network.

A challenge has always been the financial viability - money has been invested and the scheme needs to make a return on that investment.

The doors are open and Gateshead District Energy Scheme welcomes visitors to learn from its experience and avoid its mistakes.