Based in Machynlleth, Dulas produces and supplies solar powered vaccine refrigerators around the world and is committed to the Net Zero Wales plan and providing more local renewable energy industry jobs in Wales.

Dulas was established in 1982 by engineers from the Centre for Alternative Technology in Machynlleth – and we are still based there today. At the time, renewable energy wasn’t a major industry - not much was known about it, and it certainly wasn’t understood by mainstream public opinion. However, our founders knew that there were many ways to power houses, run factories, and provide heating and they had plenty of ideas for different types of technology and ways in which that could be achieved using renewable power.

Soon after they started Dulas, one of the founders of the company went to Sub-Saharan Africa. He was shocked at the level of poverty he witnessed and the lack of a reliable power supply. Many of the countries visited at the time were also conflict zones and many people were dying because they couldn’t receive blood transfusions, simply because there was no access to blood storage facilities.

We realised that, with so much solar energy in these countries, it would be relatively easy to create much-needed blood storage refrigeration solutions using solar power. This was one of the first products that Dulas went on to produce. This quickly evolved, using the same technology to develop safe vaccination product storage, so that solar refrigeration would not just help to save people’s lives in hospitals, but could also prevent illnesses from occurring in the first place through vaccination.

This was the seed of what became a main focus of Dulas around the world, which is to build, produce and supply solar powered vaccine refrigerators. Today, we supply these products to UNICEF and other NGO’s who provide them to countries that need them most. We’ve saved millions of lives and helped eliminate childhood diseases with the vaccines that have been stored in our refrigerators. Immunisation is something we take for granted in the Western world and is a fundamental component of any modern healthcare system. However, there are still countries that have great difficulty in ensuring that their population can get immunised. Just recently, for example, we shipped around 700 solar direct drive (SDD) refrigerators to Yemen for use in temporary health centres as the country is going through a period of great instability conflict and poverty.

We’re grateful to the Welsh Government who’ve helped and encouraged us resolutely over the years. Last year, we received a grant to cover part of the cost of a visual training resource for our SDD refrigeration systems.

In addition, thanks to the Welsh Government SMART Innovation programme, we’ve also been able to start developing some exciting new product around electric vehicle charging and energy storage. By receiving a contribution toward the capital cost, we were able to undertake research and development work on the product, which will hopefully be on the market in the not-too-distant future and will create even more renewable energy industry jobs in Wales.

Building renewable energy schemes requires all sorts of skills, talents, people, and technology. However, there are three principles I would like to focus on when it comes to communities that want to develop their own projects or initiatives – the 3 P’s’ - which are, ‘persistence’, ‘patience’ and ‘politeness’.

Starting with the last of these, ‘politeness’, it may seem an obvious principle, often when dealing with sensitive issues such as perceptions of the land, or its uses, it really pays to understand what the needs of others are. Quite often, the perception of what is acceptable can vary quite significantly between people and very often community projects are required to take account of all of those that may be affected by any project. With so many human interactions required as part of a project, approaching discussions in a courteous and structured way allows the full exchange of information, and helps to get buy-in from the people that will affect what you’re trying to do.

Patience is also key. In developing any kind of renewable or green energy project, there’s a tendency to come up with a fantastic idea and hope that it will come about really quickly. But that’s unrealistic because the nature of renewables is that you’re going to be taking energy from the wind, water, or sun and, even though that’s undoubtedly much better than burning fossil fuels, it can still have an impact on people’s way of life. Therefore, you shouldn’t expect to achieve your goal overnight. You have to do the right planning from the start and discuss your ideas with numerous stakeholders – sometimes over a long period of time, and that requires a lot of patience.

And finally, working in this sector requires persistence. That’s because you’ll hit many obstacles along the way – there are so many things that will cause you to throw your hands up and say ‘I don’t want to do this anymore’ – whether it’s a negative response or encountering an engineering or technical issue. You have to learn not to give up and to keep going until you get to the finish line. Of course, if it’s an unrealistic goal then it’s important to recognise that it’s time to move on, however, in my experience, persistence usually overcomes any obstacle and there’s always ways to do something if it is really worthwhile.

We have always been contributing towards green objectives and are an ethical and very environmentally conscious organisation. Over the next twenty years, we’ll be working towards ensuring that all of our operations will be net zero, and we’ve committed to the Net Zero Wales plan. From this year onwards, we will be publishing our progress each year in our company accounts and setting ourselves targets and an action plan on how we’ll reduce our emissions – aiming to be net zero no later than 2045.
Read more
Share this initiative 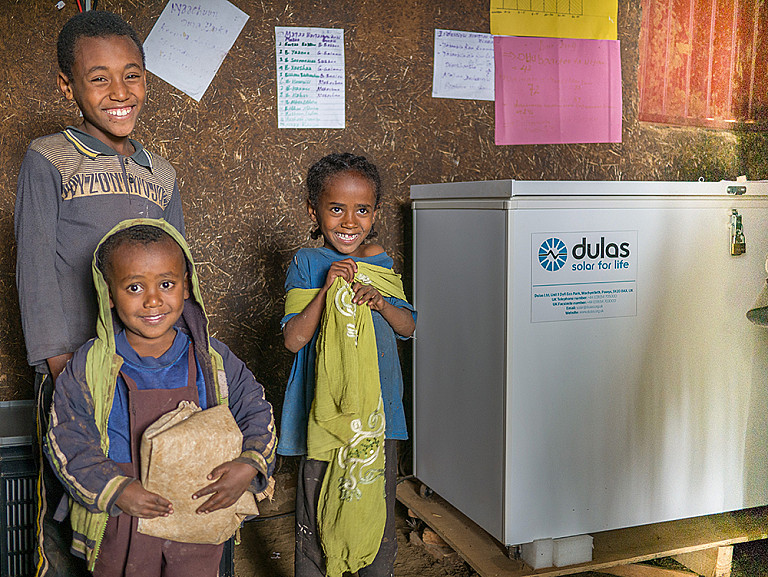 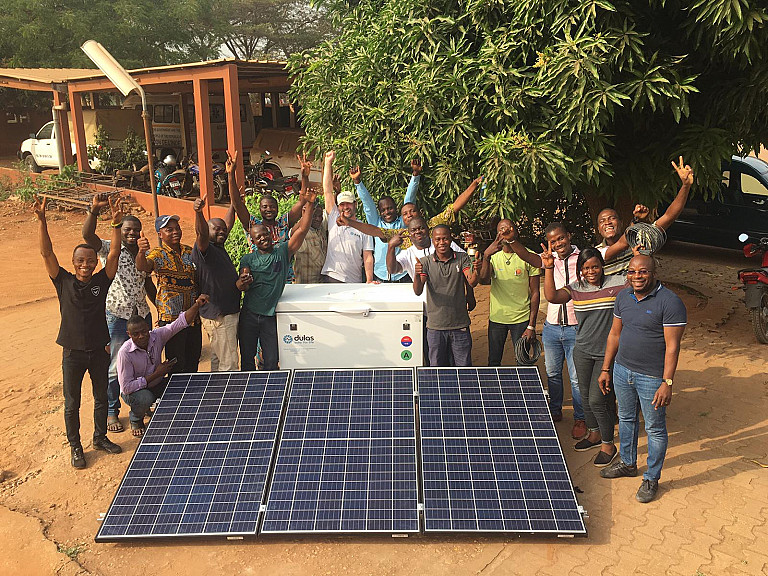