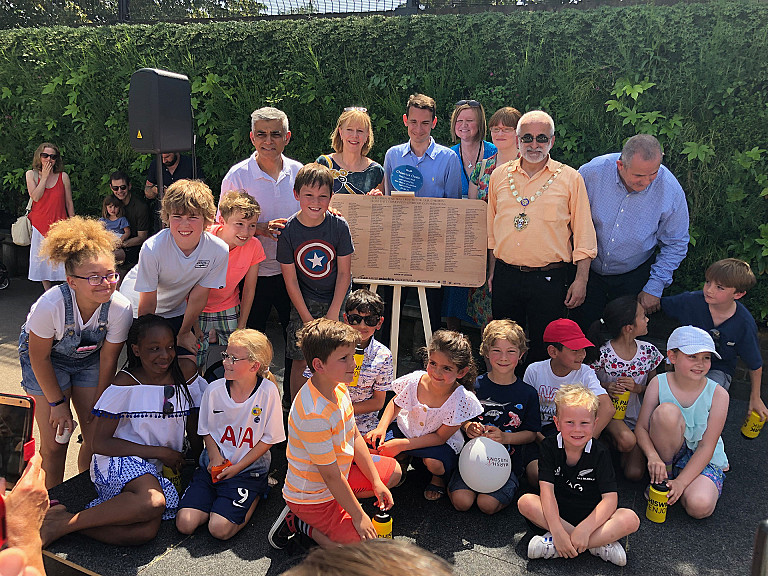 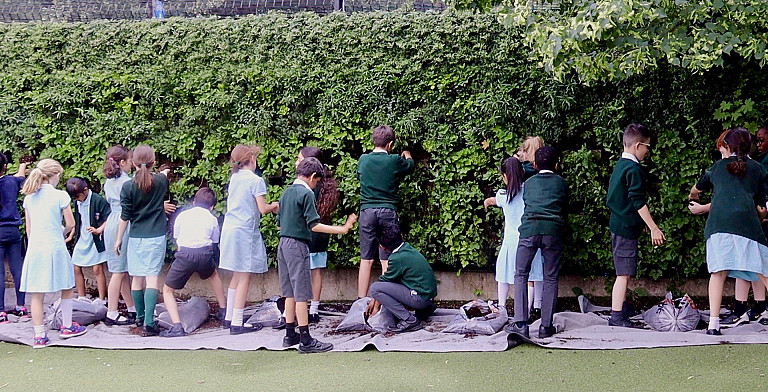 St Mary's Catholic Primary School in Chiswick was listed as one of the 50 most polluted schools in London, due to its proximity to the A4 with over 80,000 vehicles passing each day.

A School Shrouded in Pollution
Parents were concerned about the health and environmental impacts, and decided to reverse the school's position to become one of London's greenest. Backed by our local MP, councillors and even the Mayor of London, we have attracted hundreds of backers and dozens of businesses.

Taking Action
Chiswick Oasis has become huge. Here's what has been happening:
We installed a huge living wall with over 12,000 plants in it, which can reduce pollution by anywhere between 15% and 48%.
There's now an Air Purification Unit in one classroom, cleaning air by up to 95%, and we're aiming for one in each class
No Car Fridays are a school staple, encouraging active travel to school
The school is being painted in a special kind of paint that reacts with the air to clean up pollution by up to 88%
There are more and more new plants in each classroom
We are campaigning for the A4 to be part of the Ultra Low Emission Zone
We've also pushed recycling schemes to transform waste management, recycling
We have been looking into improving children's wellbeing alongside professional environmentalists and landscape architects for a more sustainable future

We hope to be a model for other schools to use, to make our way towards a much more sustainable future.

How it Happened
We got started in 2017 and a year later the Mayor had granted us £ 32,000 because we're “one of London's best civic initiatives”. What an achievement! Celebrities jumped aboard the campaign and Chiswick Oasis raised almost £ 100,000. We have since been all over the media.

Ours is an example of how small things can grow really big – we were just a group of parents from a local school. It doesn't always work out quite so well, but working with the resources and people we have local to us made a big difference.

1. Working with politicians can really help. We had backing from councillors and MPs, which in turn led to funding from the Mayor of London. While this isn't possible in every area, speaking with your local council and politicians can be a big help in raising awareness, and in turn, raising funds.
2. Work with who's around you! If you've got any local celebrities, get them on board with you. While London is a hub for lots of big names, your local community might have a star knitter or a top chef known to residents. It's about gaining influence and raising awareness and anyone can do it, but the people we know do it best.