Engaging a broader audience in carbon reduction is a challenge that requires imagination and creativity! 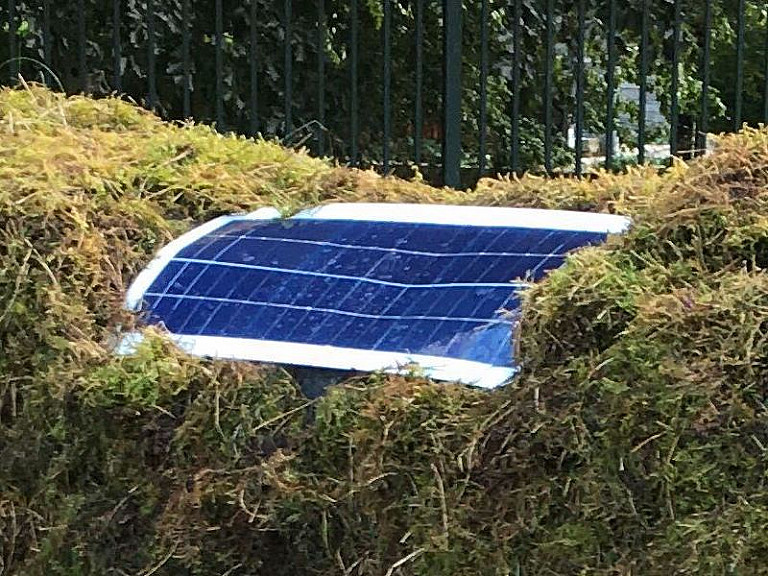 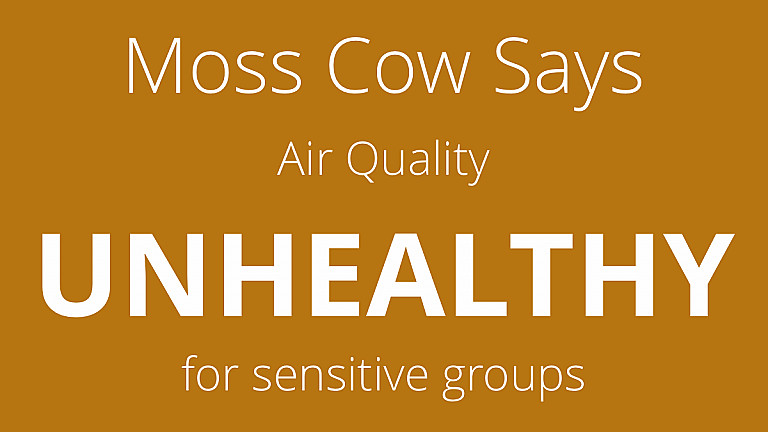 Cambridgeshire Climate Emergency is a voluntary organisation that supports sustainability leaders in communities and companies in the county. We aim to provide tools, data and resources, along with a network for people to share ideas and inspire one another.

The Cambridge area has several great carbon reduction initiatives. The City Council has declared a climate emergency and created a Climate Charter in partnership with Cambridge Carbon Footprint. It is hard for these to break out of the "bubble" of people who're already taking steps to reduce their carbon footprint and reach a wider audience.

When the call for artists for the "Cows About Cambridge" art trail went out, we saw an opportunity to engage the public in a new, fun way and to signpost them to the Climate Charter if they want to learn more about how they might make changes in their own lives. Team lead Chris Pointon had seen CityTree - a city bench with a self-contained wall of moss above it - in London in 2018. Taking that as inspiration, he pitched Moss Cow. The design was chosen and sponsored by Stagecoach East, who're rolling out electric buses in the region. We felt that low-carbon public transport fitted well with the message we wanted to get out, so we accepted the commission.

Now we had to work out how to actually make the idea a reality. None of us have any horticultural know-how, so we contacted Alexander Summers, glasshouse supervisor at Cambridge University Botanical Gardens, for advice. As a veteran of many Chelsea Flower Show installations he was unfazed by our bovine challenge. He recommended we clothe the fibreglass cow in water-retaining fabric, then cover that with wire mesh and tuck the moss into it.

So we had a plan for the moss, but what about the watering system? For help with that, we turned to Josh Sams, an electro-mechanical engineer. He created the solar-charged battery and pump array inside the cow's stomach that slowly drips water out through nozzles along the cows back.

We also needed a sensor for the cow to report on pollution levels. Cambridge-based open-seneca came to our rescue for this. They create low-cost sensors used in citizen science pollution monitoring projects around the world. Their sensor sits inside the cowbell and beams air quality measurements to the website via a low-energy WiFi network.

With a couple of weeks to go until the trail launched in 2020, it was postponed due to Covid. The not-yet-mossed cow then took up residence in Chris' kitchen for the next 15 months, with his long-suffering family having to squeeze past it to get to the fridge.

Finally, in June 2021, word came through the trail would launch in July. We took delivery of 10 bags of sphagnum moss from Thetford Forest, and at last Moss Cow was complete. She was installed outside the Botanical Gardens, and will remain there until September, when she will be auctioned for charity.

Moss Cow has received good coverage in the local press, with interviews for local radio and TV, and articles in several news sites.
The cow is one of the highest-rated of the 50 cows in the trail, with lots of people sharing photos.
The pickup from cow visitors to the website and on to the Climate Change Charter has been disappointingly low. We could have done more to engineer that into the experience, although the trail itself limits how much of our own messaging we can use.