Bretton Hall Community Solar Farm is in its early stages, with the intention for this large scale, community-owned, renewable energy site to become a significant, local community asset. 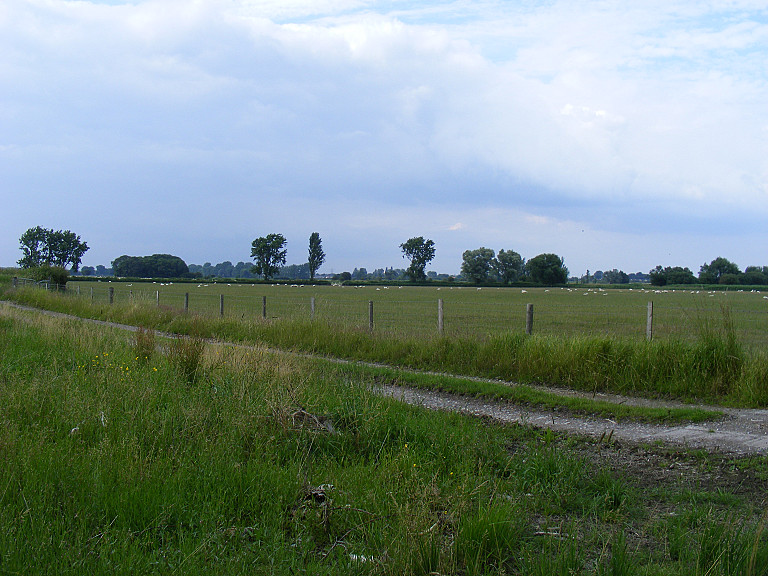 YnNi Newydd is a community group working to develop a large community solar farm, crossing the English-Welsh boarder between Cheshire and Flintshire. The 49ha site is currently used for sheep farming, which will continue after the solar farm's construction.

The group undertaking such a large project shows the ambition of communities to rise to the challenge of Net Zero and meet the energy demands of their community with local generation. The group brings a wealth of experience and have successfully delivered other renewable energy projects.

Originally the solar farm was going to be developed by a commercial developer, but they pulled out when the 'Feed in Tariff' renewable energy subsidy was removed by the Government. The community took on the project as their key objective was carbon emission reduction, rather than profits. The scheme was considered to be marginal, but doable and necessary. However, the energy crisis has meant that the revenue from the sales of electricity should now be able to bring healthier profits to the Community Benefit Society, which is a not-for profit organisation and any surpluses go to the Community Benefit Fund for local projects.

The solar scheme received a grant from the Rural Community Energy Fund (RCEF) to assist the project to prepare and submit the scheme for planning permission, and received support from the Welsh Development Bank.

As the site is in both Wales and England, the group needed to submit 2 separate planning applications. The planning decisions will be taken in England by Cheshire West and Chester City Council. In Wales, the project is being treated as a Development of National Significance and will be adjudicated by the Welsh Planning Inspectorate with input from Flintshire County Council.

Gaining planning permission will be a major success. Once achieved, the significant capital costs to build the solar farm will be raised by a Community Share Issue, where members of the public will be invited to invest in the project and will receive a 3% rate of interest on their community investment.

Following this, the solar farm will be built in 2023 and will begin generating 24,500MWh of renewable electricity each year. This is enough to supply around 7,500 households, saving around 6,370 tonnes of carbon dioxide emissions each year. The scheme will displace fossil fuel electricity generation for over 30 years, helping the UK to meet its legally binding target of net zero carbon by 2050. Locally generated electricity will support the grid to decarbonise, as people move to electrify heating and transport, and it will also help to protect consumers from rising energy prices.

This large scale, community owned, renewable energy asset will generate revenue through sales of the electricity. All profits will return to the Community Benefit Society and will be allocated to projects to regenerate the local area, meaning the benefits will stay local for the lifetime of the solar farm.