From Grief To Leadership 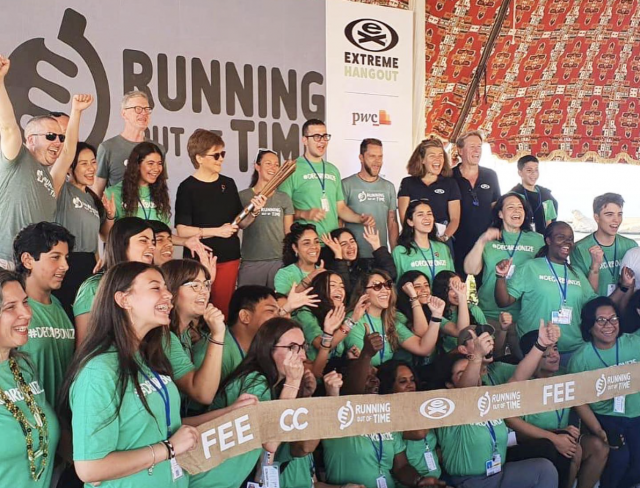 Same question, different pundits. What did you think about the outcomes from this year’s global climate summit COP27 in Sharm El-Sheikh? Above all, we apparently want to hear analysis of technocratic problems and listen to scrutiny of multilateral negotiations.

I’m not going to add my two cents’ worth to these reviews, because I think the more important question we should be asking ourselves is what do we feel about the climate crisis that brought governments together at COP27 in the first place?

Environmental campaigner Gus Speth once said he used to think the biggest problems facing the planet were biodiversity loss, ecosystem collapse and climate change. He believed that these issues could be addressed by science, but he continued:

“I was wrong. The top environmental problems are selfishness, greed and apathy, and to deal with those we need a spiritual and cultural transformation. And we scientists don’t know how to do that.”

Who knows how to do that? Heads of State? The negotiators who attended COP27? The problem is clear enough from the nature of the question we kept asking the pundits – we assume the answer to how we make a profound transformation to relative climate safety is based on reason and logic.

United Nations Secretary General Antonio Guterres told those gathered at the start of the COP27 summit that they faced a stark choice: work together now to cut emissions or condemn future generations to climate catastrophe. He was right to set an urgent tone and turn our attention towards averting the worst impacts of climate change, not least because of the very real distractions and fears in many countries of Russia’s war in Ukraine, rampant consumer inflation and energy shortages.

We’re running out of time because most nations are falling short of their targets to reduce emissions sufficiently to limit global temperature rise to 1.5°C above pre-industrial levels. Why is a global increase of 1.5°C such a big deal? After all, we would hardly notice a one-degree change in temperature individually. However, heating up an entire planet by fractions of a degree has much more profound consequences. Irreversible climate changes happen that will inevitably affect our societies and economies as ecosystems are thrown out of balance with huge ripple effects.

On a more localised level, temperatures in Europe have increased at more than twice the global average in the last 30 years. Our continent is facing a more extreme impact as a result of each incremental rise in the global average. More deadly heatwaves, damaging floods, declining crop yields, displaced people.

According to a recent 2022 report from the World Meteorological Organization (WMO), the probability of surpassing this threshold of warming in one of the next five years has grown to 50 percent, up from 20 percent in 2020.

Our odds are now no better than tossing a coin.

So, what do you feel about the climate emergency that brought governments together at COP27? It’s perfectly normal to feel a degree of fear of catastrophic consequences, of anxiety related to losing control, of anger in the destructive system we still cling to. These heavy emotions are in fact a very healthy response to the intersecting climate and biological crises we are currently facing.

One aspect of climate leadership that is often overlooked is the role our emotions play in accepting realities we would otherwise conveniently avoid and in how they can bring forth the courage we need to embrace big changes.

We don’t necessarily resist change so much as we resist loss. According to Richard Powers, author of the award-winning book The Overstory, people resist when they’re told they must “be less: to use less, travel less, consume less.” As he goes on to say, “They are grieving for the death of a system that can’t be saved.”

Acknowledging this grief in a system that cannot be saved can be a positive, unleashing the energy we need to reimagine the world around us and take ownership in making it happen. A shift takes place in us when we accept that we cannot continue in the same way and then move beyond grief, from loss aversion towards new opportunity-seeking behaviour.

How do I feel? I am saddened by how much of the natural world we have already destroyed; I am worried about our current trajectory; I am hopeful about the different choices we can make, every day. I am a stubborn climate optimist whose sense of hope is driven by joining in and seeing the huge impact of big-thinking local climate action. We have much more to gain than lose, if we put our minds to it.

We should not expect world leaders at global climate summits to answer the question about what to do, when the decision is personal rather than political and is driven by our feelings as much as by the facts. Instead, we can find strength and direction by taking the lead and working together with those around us.

Picture: Running Out of Time relay baton arrives at COP27 with its message urging more support to help people tackle the climate crisis where they live.