Ed Fage: Going Round in Circles 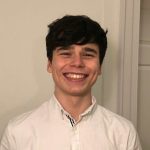 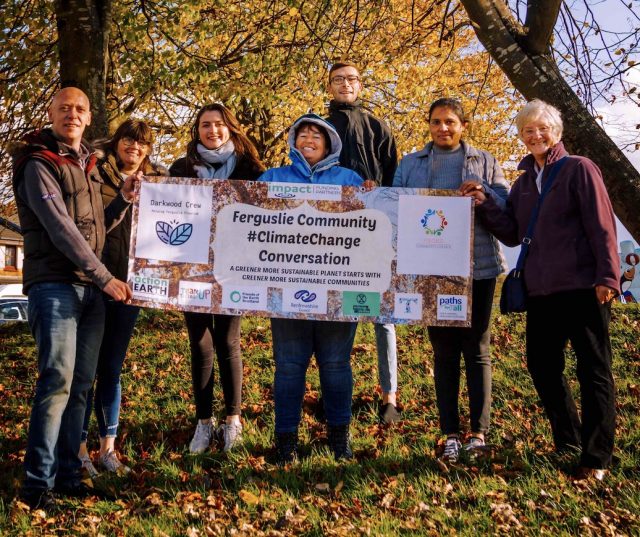 What actually is the ‘circular economy’? Some people end up going round in circles trying to understand it. Here is one definition from the Ellen MacArthur Foundation:

Creating a local circular economy simply involves reducing the amount of waste that we create, be that by recovering resources and materials from end-of-life products; repairing and reselling products or creating sharing platforms for collective usage.

One community group that is creating a local circular economy is Darkwood Crew, based in Ferguslie Park, Renfrewshire. Darkwood Crew is run by Terry McTernan, an enthusiastic and inspirational community member. Terry explains in a vlog for Global Recycling Day 2021 that Darkwood Crew began with a litter pick in local green areas but has since "grown arms and legs and frankly run away with itself”.

Terry and some volunteers first began collecting rubbish in green areas and recycling it to push back the tide of plastic waste in their local area in 2018. After the litter pick, they realised that they could combine their climate action with a social impact. Says Terry, "it became clear to us that there was an environmental influence, but [that] it was the social consequences of [the litter-pick] project which was far more beneficial to Ferguslie than half a dozen daffodils popping up in April (as pretty as that is!)". So, after Darkwood Crew collected tins and plastic bottles from their litter picks, they traded them in to buy food from Sainsbury’s to serve a weekly community meal, an event that created a sense of community spirit and helping those who were in need.

Darkwood Crew faced new challenges when the pandemic hit. They could no longer give food away from one location because people had to stay at home. So, rather than going round in circles, they began delivering food instead. In fact, they saved more food waste than ever before! According to Terry, “COVID allowed us to ramp [our food waste operations] up ... to almost an industrial scale”.

Other organisations are also stretching our resources further to create a local circular economy. Forest Upcycling, based in Chepstow, repair, restore and sell unwanted or unloved furniture that is otherwise destined for landfill. In their first year, they prevented 67 tonnes of landfill. My back-of-the envelope-calculations reveal that 67 tonnes of landfill is equivalent to 1675 sofas, 1340 dishwashers or 3350 TVs!

But Forest Upcycling’s impact is not limited to preventing landfill. They also provide local employment and volunteering opportunities and teach people valuable skills. What’s more, their upcycled products are often given to those who need them: in their first year they sold over 2455 items, and many of these were free for people who needed them.

Like Darkwood Crew, Forest Upcycling is an organisation that has expanded into other areas to help the community. They have recently: launched an eco-store, where people can refill detergent bottles to prevent plastic waste; started a bike repair project; refurbished a coffee wagon, and expanded their charity operations to Uganda! This is another example of an organisation helping to build a circular economy in their local area.

Forest Upcycling and Darkwood Crew both illustrate the impact we can have when we take an opportunity to fight climate change in our local area, however small. Two other people who took the initiative are Katy Anderson and Alison Thomas, founders of Shrewsbury Food Hub. They noticed that “supermarkets were offering surplus food to small local charities & community groups; who were unable to handle the quantities of food & didn't have the volunteer power to collect.” They organised volunteers to collect and distribute the surplus food, preventing landfill and helping local charities. Their ingenuity and hard work is a testament to what we can all do to reduce what they (affectionately?) call the “BREAD MOUNTAIN” of bakery goods that are thrown away every day. Katy and Alison show how we can help to create a circular economy without feeling like we are going round in circles!

Ed Fage is a first-year student at Merton College, Oxford studying Economics and Management. He recently took part in a micro-internship programme at Carbon Copy.

Offering sustainable transport alternatives including e-scooters for cities across the UK.

Reach Homes are low impact and built from shipping containers and other recycled materials. They provide a low carbon, affordable alternative to a traditional new-build, allowing more people to own their own home.

Power Circle is a social ESCO that works in partnership with local authorities throughout the U.K., assisting them in meeting their carbon reduction targets and reducing the cost of energy in both their housing stock and Council-owned properties.