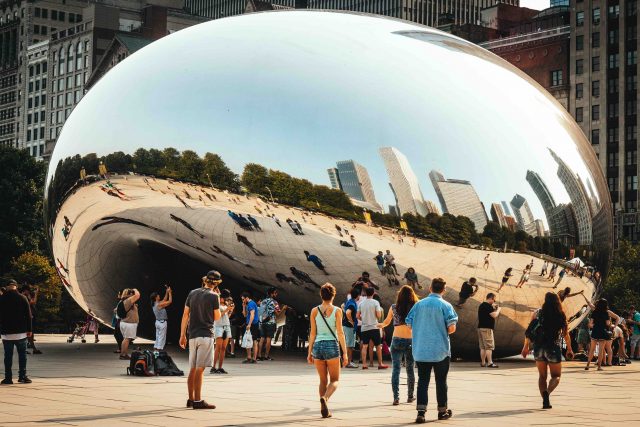 So said fiction author, William Gibson. What he alluded to is the fact that the things that will be normal in the future already exist in some places today. Most of what will constitute large scale change, at least in the near term, is the spread of these existing niches to become more pervasive.

We can identify the elements of a cleaner, fairer future today, even if they are not yet in place everywhere. The sustainable transport of the future looks more like bicycles and electric mass transit than flying cars; rebalancing our impact on natural resources looks more like commoning than geo-engineering; economic growth looks more regenerative and circular than extractive and linear.

It’s exciting to see examples of what the future looks like in practice:

In the future, progress is measured not only in terms of reducing carbon emissions but also in terms of resilience, resourcefulness, repair and renewal. These kinds of benefits have a positive impact on us economically, socially and environmentally, and therefore mobilise many more people to take action.

A better world for all is in reach, if we replicate these initiatives everywhere. It’s liberating to know that we don’t have to wait for a new technology to be invented or a national policy edict to be issued before making similar transformative changes where we live. We just need to join in.

Photo by George Bakos on Unsplash

Together with key partners, The Restart Project is creating a new blueprint of permanent places for community-powered repair.

Local charity, Petrus Community, is supporting people locally through horticulture, to improve their health and wellbeing.