Coal Was The Future Once 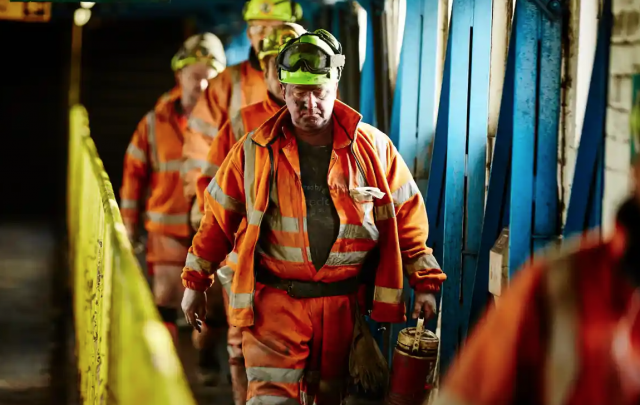 The UK government has announced that it intends to build a new coalmine, the first in three decades, at Whitehaven in Cumbria. A decision that has received objections locally as well as across the country, because it makes no sense – economically, socially, environmentally or politically.

Economically, the business case is not a cause for celebration. Less than 20% of the coking coal produced will be for domestic consumption and it’s very uncertain where the coal produced for export will go. Many of the major producers are moving away from coke-based steel manufacturing, adopting green methods such as electric arc furnaces and renewable energy. Demand for coking coal is evaporating. In the words of Tim Farron, the former Liberal Democrat leader who is the party’s environment spokesperson and a Cumbrian MP, “it’s like celebrating the opening of a Betamax factory”.

Socially, it is pursuing jobs in an industry that is on its way out, creating future job insecurity. On the defensive from the start, it’s not the positive vision for levelling up across the UK that we would like to see.

Environmentally, the mine will produce an estimated 400,000 tonnes of greenhouse gas emissions a year, increasing the UK’s emissions by the equivalent of putting 200,000 cars on the road. Opening a new mine is possible within the UK’s climate legislation – which requires the UK to reach net zero emissions by 2050 – as operations will shut down by 2049, according to the government. Such calculations appear to be cooking the books as well as the planet…

Not to mention (literally, there’s been no mention of) Whitehaven’s own council Climate Action Plan to reduce carbon emissions in Copeland by 95% by 2043 as well as contribute to the ambitious net zero emissions target for Cumbria by 2037. Whitehall has ridden roughshod over a much worthier aspiration and over local leadership on a cleaner, greener environment.

And last but not least, it’s harmful politically as this announcement undermines the UK’s authority on climate leadership. Alok Sharma, Conservative MP and former COP26 President, makes the point loud and clear: “Over the past three years the UK has sought to persuade other nations to consign coal to history, because we are fighting to limit global warming to 1.5C and coal is the most polluting energy source. A decision to open a new coalmine would send completely the wrong message and be an own goal… and will have no impact on reducing energy bills or ensuring our energy security.”

Having taken four steps backwards with the go-ahead of a coalmine, let’s take two steps forward for systemic change:

Firstly, we need a brighter vision and much stronger narrative about a fairer, low carbon future. The road to greater prosperity is by finding and implementing innovative ways to reduce our country’s emissions to zero, not by circumventing them. Economy-wide plans such as the Green New Deal that put the climate crisis and people’s living standards at the top of the government’s agenda are the way forward and should be given much more support.

What might an alternative, forward looking investment plan for energy supply around Whitehaven look like? The Cumbrian coast has the second highest tidal range of any country in the world, a natural asset that we bypass blindly by looking underground for fossil fuels. This new technology (‘new’ compared to last century coal) represents a much bigger, longer lasting and more exciting opportunity to invest locally in renewable tidal and marine energy.

Secondly, we need to lend our voices to help stop the proliferation of coal, oil and gas – ending all new exploration and production. The Fossil Fuel Non-Proliferation Treaty is something that you can endorse as an individual and that you can endorse as an organisation. It’s no coincidence that the name of this treaty is an echo of the nuclear non-proliferation treaty: burning more fossil fuels is MAD, mutually assured destruction. To date, the European Parliament, 70 cities and local governments, 1800 civil society organisations and over half-a-million individuals have endorsed this Fossil Fuel Non-Proliferation Treaty. Please, add you own voice and your organisation to this growing list!

Hawksmoor have committed to becoming carbon neutral across the restaurant group in 2022, implementing a wide variety of measures from reducing food waste to cutting emissions from their supply chain.