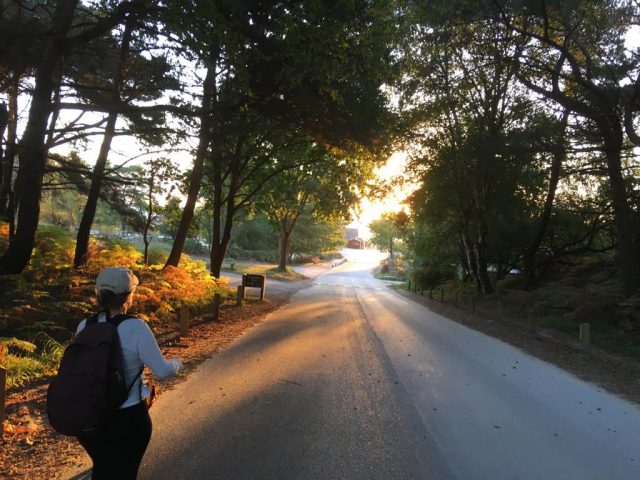 The one thing that didn’t change in 2022 was climate change.

We wanted to try – somehow – to grab people’s attention away from the dire news stories and the woeful Westminster pantomime, and make the connection with local climate action as a way to have a more positive impact on the world around us.

Approached by The World Relay in January, we teamed up to organise the longest non-stop relay ever attempted. Over 7700km from Glasgow (COP26 host city) to Sharm El-Sheikh (COP27 host city), in the name of climate action. We called it Running Out of Time.

The route was a bright green thread that showcased the awesome potential of collective local action and brought together an amazing set of ambitious projects. In the UK alone, we identified 27 inspiring ideas in action, from one of south Scotland’s largest community land buyouts to the world’s first large-scale, youth-led nature recovery project, in Wales; from the world’s largest community fridge network to community-owned renewable energy. The examples were chosen carefully to be representative of all the different kinds of local climate action on our platform and were made known to the broadest possible audience with the help of Carbon Copy’s communications and social media team. Across the entire route, all of the initiatives highlighted were characterised by big thinking, collaboration and the ability for people to copy them.

People rallied behind this extraordinary event in wonderful and unexpected ways. In Langholm, they welcomed the relay with a band of pipers; in Knowsley and Liverpool, they lit up city buildings in green; in Marlborough, the town council laid on breakfast for those who had run through the night. Together, we reached an audience beyond environmentalists with our show of unity and the call to action to join in locally.

A climate message – written with the help of young people – was sealed in a relay baton in Glasgow and passed by hand for 38 days and through 18 countries, arriving for the start of COP27. The message urged world leaders for more support to help people tackle the climate crisis where they live, and was signed by 825,760 people.

Running Out of Time was our flagship programme in 2022: a glimmer of hope amid grim current affairs that reflected the determination of people to make things better. No one had done anything this big before – that’s why it’s now a world record. But Carbon Copy also worked hard in other areas to break through to new audiences and reflect the collective resourcefulness of people taking action into their own hands.

For example, we launched our first ever podcast series, Copy This, co-hosted by renowned producers, Planet Pod. In the race to net zero, these conversations highlighted the radical ambition and urgency needed, and offered practical advice to help communities, companies and councils move faster together. We also host the Carbon Zero Explorer with regularly updated local council plans, activities and carbon data presented in a map format for ease of discovery, as well as our now substantial library of fascinating blogs from both staff and guest contributors.

Action inspires action. Over 1000 organisations have now published their climate action initiatives with Carbon Copy, for others to replicate. We continue to manage and grow this national collection of stories – investing in the platform to make it more easily accessible and searchable as it rapidly expanded – as these initiatives build a groundswell by inspiring others to do the same.

In everything we do at Carbon Copy, our aim is to shift the climate of opinion – from tackling climate change as someone else’s problem to an opportunity and something we can all do now, together where we live, with real economic and social benefits for those around us. That’s where we can find a real glimmer of hope, as 2022 draws to a close and we look ahead to better days in 2023.

Citizen’s Assemblies, like the one held in Blaenau Gwent, help people from all backgrounds understand the climate crisis and work together on solutions that can create a fairer, sustainable future for everyone.