Biodiversity Is Not An Afterthought 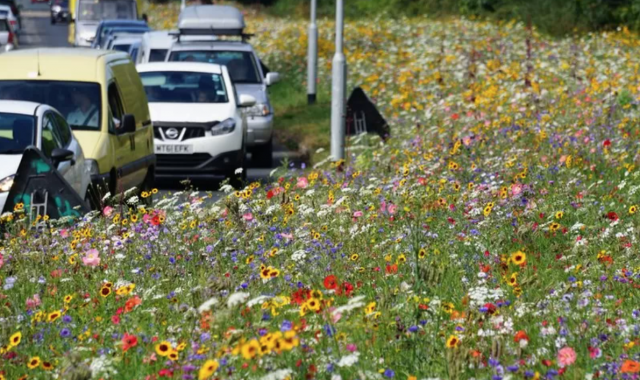 We never lost our dependency on nature; we just forgot to think about it. Our entire way of life is built on a foundation of natural resources and sustained by essential ecosystems. Biodiversity – the variety of plants, animals and microorganisms – provides us with clean air and water; produces all of our food; makes the raw materials for our clothing and medicines. At the same time, biodiversity represents the only assortment of life known in the universe. Both morally and existentially, we should feel compelled to protect it.

Unavoidably, we must re-think the current order rather than remain within it as our quest for endless economic expansion has overshot Earth’s long-term carrying capacity. In their research, Johan Rockstrom and his team identified nine “planetary boundaries” that we exceed at our peril. Specifically, we put ourselves in danger by endlessly emitting greenhouse gases that fuel climate change; by depleting the ozone layer that blocks the radiation from the sun; by loading the atmosphere with aerosols that interfere with climate regimes and monsoon systems. We put ourselves in danger by increasing the acidity of the oceans until marine life collapses; by consuming freshwater reserves until water becomes scarce; by making land use changes that destroy topsoil and water flows. We put ourselves in danger by emitting large quantities of toxic chemical pollutants; by altering the balance of natural nitrogen and phosphorus cycles; and by accelerating irreversible declines in plant and animal populations.

Knowledge of these boundaries is vital but they have limited use in changing our behaviour. They do not provide solutions. Telling us that there is a boundary we should not cross is often an invitation to get as close to the edge as we think we can go. We are quite capable of dispassionately quantifying these limits, although we are not good judges at living within the boundaries we have identified. We have overstepped our own red lines and have already triggered the tragedy of a mass extinction of species and the chaos of climate change. The research team singled out global warming and the loss of biodiversity as the two core boundaries that are connected to all the rest. Either one could “drive the Earth system into a new state”. Neither can be ignored.

“Loss of biodiversity” is a phrase that sanitises the spectre of mass extinction. It takes millions of years for life to recover from a mass extinction. The overwhelming cause of this loss of life is humankind, wilfully from poaching and blindly from the destruction of habitats, overpopulation and pollution. The most deadly aspect of human activity is the speed of our impact that simply gives other species no time to adapt.

One quarter of all mammals and one third of all amphibians are threatened today with extinction. Every species we wipe out represents an irreversible loss. If that was not momentous enough, diversity of plant and animal life plays a pivotal role in maintaining healthy ecosystems, and their absence inevitably endangers our own livelihood.

Climate change plays its part in devastating the web of life. At the same time this web is fundamental to natural solutions for absorbing greenhouse gases, such as photosynthesis by green plants. We cannot reduce biodiversity loss without mitigating climate change, and we cannot mitigate climate change without reducing biodiversity loss. The two are interwoven. Climate change is no more important or profound than mass extinction; it is simply the sense of crisis is greater with the climate emergency because we feel the impact in everyday life.

Sadly, the average person has not heard of many of the flora and fauna that are endangered, and countless species will disappear before scientists even manage to identify them. We recognise the incomprehensible threat of climate change and yet we fail to grasp the untold risk of losing hundreds of thousands of different species.

We have at last woken up to the climate emergency and seen that our beds are burning. We need to feel the same sense of urgency about halting the decimation of life and realise that our future is irrevocably tied to theirs.