Are Cows Worse Than Cars? 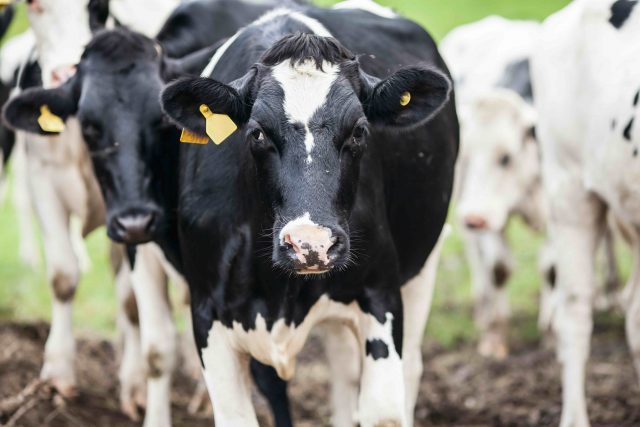 Which is the bigger contributor to climate warming, cows or cars? To answer this question, it’s helpful to unbundle greenhouse gases into their main constituents and recap how we (should) compare them. It can get confusing – but comparing cows and cars could help clarify what counts!

Greenhouse gases are so called because they let incoming sunlight pass through but then trap heat radiated back from the planet's surface. The most important one, and the largest contributor to the Earth’s greenhouse effect, is (perhaps surprisingly) water vapour. It probably accounts for about 60 percent of the warming effect. However, unlike other greenhouse gases, water vapour does not control the Earth’s temperature but instead is controlled by the temperature. For example, when the temperature drops, water vapour condenses into droplets that make up clouds.

Other greenhouse gases do not condense in the same way as water vapour and so the atmosphere can hold much more of them. There is a whole family of these non-condensable greenhouse gases, and they are not all created equally. Some are much better than others at retaining heat. Some are short-lived while others can last decades in the atmosphere. Some are emitted in vast quantities but are inefficient at trapping heat whereas others are emitted in only trace amounts but are extremely efficient. The principal greenhouse gases in this family are carbon dioxide, methane, nitrous oxide and fluorinated gases.

Methane is another principal greenhouse gas, emitted from oil and gas production and transportation; from livestock and other agricultural practices; and from the decay of organic waste in landfill sites. Methane is so pernicious because it has more than 80 times the warming potential of carbon dioxide over its first 20 years in the atmosphere. Even though carbon dioxide has a longer-lasting effect, it’s methane that sets the pace for warming in the near term.

So, back to our question of which are worse – cows or cars?

According to the UN Food and Agriculture Organisation, livestock on EU farms (including the UK) in 2018 were responsible for emitting around 502 million tonnes of carbon dioxide equivalent a year, mostly through the methane they release. When the greenhouse gas emissions associated with growing their animal feed are also taken into account, the total annual carbon emissions are 704 million tonnes. This figure compares with 656 million tonnes of carbon dioxide from all of Europe’s cars and vans in the same year.

Speaking in terms of carbon emissions – in other words, in carbon dioxide equivalents – enables us to compare the differing contributions of greenhouse gases to climate warming in an understandable way. We can do away with the complexity of a carbon footprint that consists of lots of different greenhouse gases by expressing it as a single number and focus instead on reducing that number. When we look at this number for cows and for cars, we see clearly that the question is no longer which one is worse. The real question is how do we reduce the significant carbon emissions of both?

Photo by Jenny Hill on Unsplash