Wild Oysters is on a mission to restore native oysters to self-sustaining levels in UK waters. 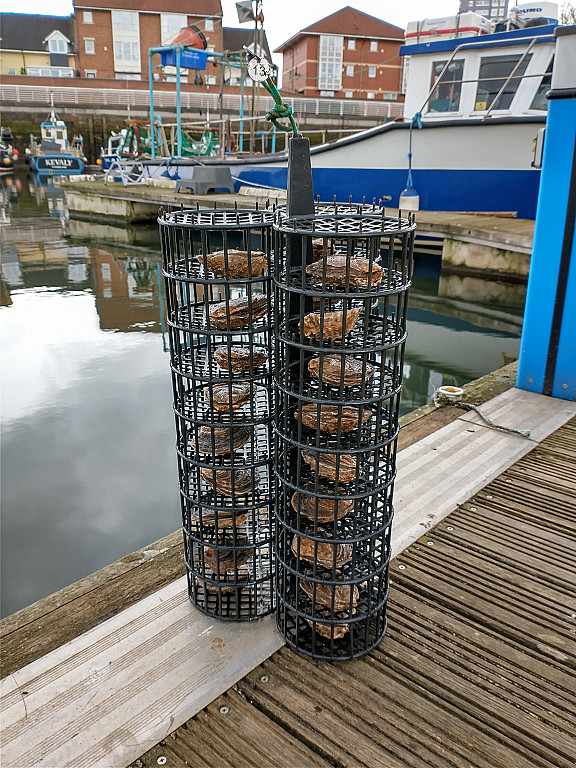 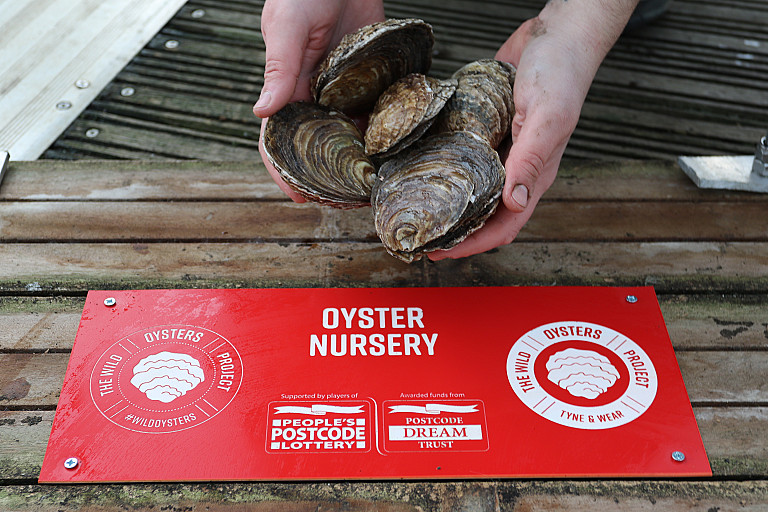 The project is a national collaboration, led by the Zoological Society of London, Blue Marine Foundation and British Marine, working with the marine industry and local communities and organisations, to deliver restoration sites in England, Scotland and Wales.

Our mission is for UK seas to have self-sustaining populations of native oysters, which provide clean water, healthy fisheries, plentiful biodiversity, and on land there is a re-ignited national love of this iconic species.

In their larval stage, oysters anchor themselves to hard substrate on the seabed, where they live and grow. This substrate is known as “cultch”, which comes in the form of old shells. When oysters settle on cultch and other oysters, an oyster reef starts to form. We are restoring areas of the seabed to provide a home for our oyster larvae release by our oyster nurseries. In certain locations, some suitable habitat remains and release of oyster larvae into the water column should be effective. In others it includes adding a layer of cultch on the seabed which the larvae will settle on and create new reefs.

In some communities a living memory of native oysters remains, but in others it has gone. The Wild Oysters project will reignite the appreciation and cultural attachment to native oysters. We have a public engagement, education, and citizen science programme, aiming to educate and connect people with the sea through our oysters. We hope to inspire the next generation of marine stewards.

The oyster nurseries build upon the pioneering work carried out by Blue Marine Foundation (BLUE) and the University of Portsmouth in the Solent over the past six years.

The collapse of native oyster numbers in the Solent was partially driven by a lack of breeding success from mature native oysters. To tackle this, BLUE and the University of Portsmouth came up with an innovative solution to restore the Solent’s dwindling native oyster populations and, in turn, increase biodiversity.

Taking inspiration from oyster gardening schemes in the USA, the project uses marina pontoons to house adult “broodstock” oysters, allowing them to spawn and naturally settle on the seabed. The oyster nursery network stretches from Lymington to Chichester and has housed over 20,000 oysters.

Regular monthly monitoring surveys of our oyster nurseries are carried out to track the changes in biodiversity from baseline data collected prior to the installation of oysters in the local area.
Number of volunteers and volunteer hours.
Number of people reached.
Area of seabed restored.
Area occupied by oyster reef.
Read more
Share this initiative
Inspired? Find out more