Whalley Community Hydro operates a 100kW hydro installation at Whalley Weir, granting around a fifth of the income it receives for community benefit to fund further carbon reduction and renewable energy schemes such as LED lighting and solar PV. 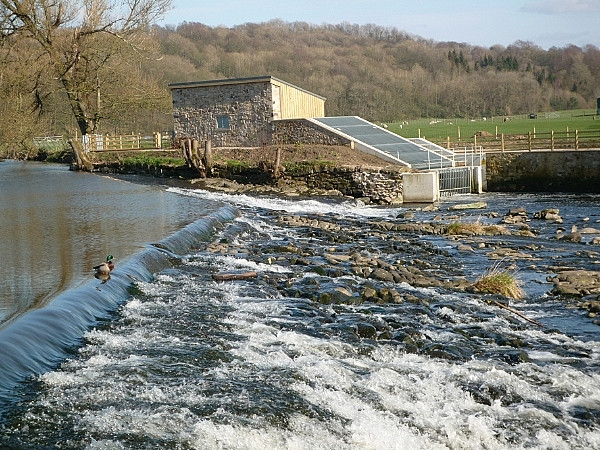 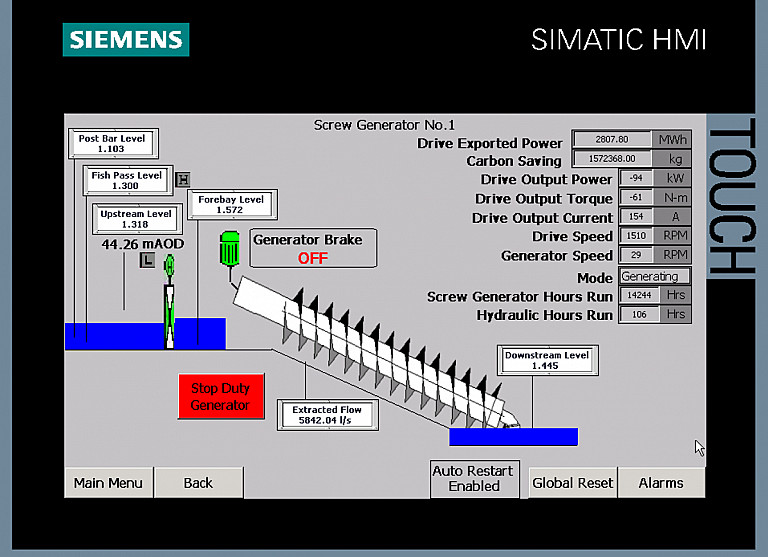 Like most successful community projects, ours started with a key idea and a group of enthusiasts to drive it forward.

In this case the idea was the Transition Towns movement, which began around 2008, and was developed to smooth the transition to a more sustainable, low-carbon future. Key areas of concern were energy (carbon) saving and its complement, i.e. renewable energy generation. The enthusiasts were a group of retired men with a varied range of backgrounds and skills, but sharing a concern for the environment and future generations. The average age of the core group has never dipped below 70 and is currently around 73. More youngsters are always needed and welcomed!

The site for our renewable energy (hydroelectric) plant could scarcely have been bettered. We did not need a new impoundment. Whalley Weir has been in place for around 640 years and was built by Cistercian monks c.1380. Originally the impounded water fed the abbey kitchens and fish farm as well as powering simple grain mills. Later from Victorian times up to 1950 it powered a larger corn mill. Now in the 21st century that same weir on the river Calder is powering an Archimedean screw turbine to produce up to 100kW of electric power.

The £750,000 required to construct the plan was raised from just over 300 people, 73% of whom subscribed £1,000 or less and 70% of whom came from East Lancashire. It took around five years to bring the scheme from conception to completion.

From the early days of the project we created an on-line Share Offer Document and this later morphed into a website that now provides a wealth of information including a pictorial record of its construction and a lot more about the origins of the project and the people involved. News updates are posted on the site about plant performance, the current status of the plant, the performance of Solar PV (Solar Photovoltaics) - panels that generate electricity using energy from the sun - systems we have funded and other items of interest.

Being on private farmland, the plant is not open to the public but we periodically provide guided tours of the plant for anyone who would like to visit it. The invitation to visit is especially open to local further education colleges and schools.

The large catchment area of the river Calder (315 sq. km) includes both rural and very built-up areas so the river often brings with it quantities of vegetation and urban detritus especially in Autumn and Winter when we hope for peak output. This can quickly block the screens and reduce power, so the hydro plant is kept at near optimal output by a seven-strong team of volunteers who crucially attend the plant when required (usually daily in autumn) to keep the inlet screens clear of leaves. By giving up their time they are helping to minimise operating costs.

A project team with a range of skills plus enthusiasm and stamina is crucial when dealing with commercial firms, local authorities, and statutory bodies like the Environment Agency (EA). Key tasks may include grant applications, developing a business plan and keeping track of the finances.

Early on we visited other schemes whose operators were often frank about where they went wrong and what they would do differently.

We had data on river flows compiled for over 40 years by the EA and were lucky to get a grant for a full feasibility study. Thanks to diligent lobbying and a well-researched case, our application for permission was passed unanimously by the Planning Committee.

Our chosen construction company had a track record of similar schemes operating in the UK. We insisted they act as main contractor, responsible for the delivery of the whole contract and the performance of sub-contractors. Everything was covered by a suitable contract, the NEC3 Engineering and Construction Contract, Option A. It was a priced contract with an activity schedule and a Performance Guarantee. Our advice would be to engage a suitably experienced project manager.

Low head hydro generation schemes involve regular electrical and mechanical servicing of the plant. Constant attention is needed to keep the debris screens clear. For schemes rated over 50kW, manual clearing can be onerous and we recommend that mechanical means be considered for inclusion at the design stage; retrofit can be problematic and expensive.

Our plant benefits from a good level of feed-in tariff (FIT). Each hydro scheme is in a unique river location and there are high civil, mechanical and electrical engineering costs. The steep reduction in FIT has been near fatal for the sector. New projects are unlikely to be financially viable unless the electricity generated can be used on site rather than being sold to the grid. It is a shame that this small, niche renewables sector has been almost killed off by this precipitate reduction in the FIT.

We have some useful lessons to share too. For LED lighting, ensure the usage hours are accurately assessed ensuring electrical usage reduction is not overstated. The much longer life of LED lighting reduces maintenance costs, but get several quotes and use an experienced local electrical contractor.

For solar PV there is an educational benefit for children if you install a scheme in a school. Do not oversize the system just because the roof is large. Correctly matched to the load, solar PV is one of the most financially viable ways of generating renewable power even without the FIT.

Shop around and identify a solar PV installer who is experienced in the type of installation you need. In our case Low Carbon Energy of Burnley had a proven track record of installing solar PV on larger buildings. They have proved to be an ideal partner for the four projects on local schools that we have undertaken to date.