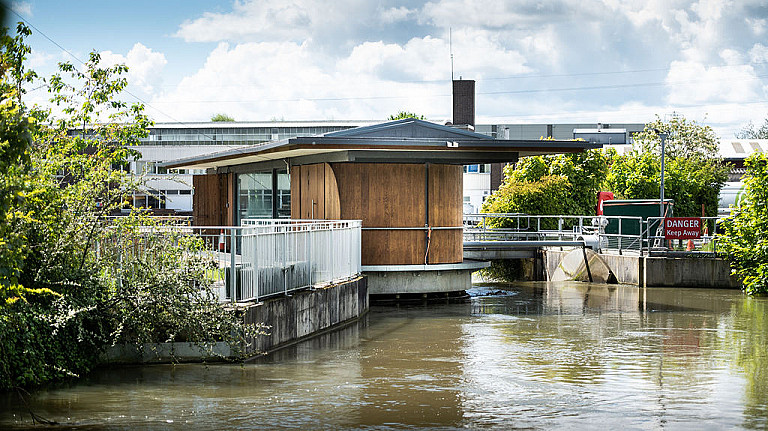 Inside the power house at Osney Lock Hydro. 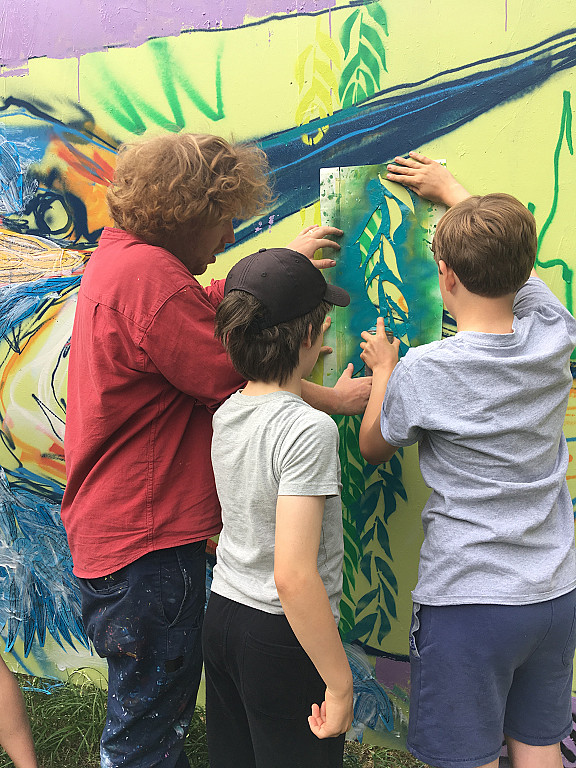 Celebrating our community's relationship with the river in art form.

Osney Lock Hydro was set up by a group of local residents to enable the development of a community-owned hydro scheme in the heart of Oxford. It is the first community hydro scheme on the Thames.

We wanted to harness the power of the river to generate green energy and reduce our community’s carbon emissions. The hydro also creates a sustainable income stream that will fund environmental projects well into the next half of the century. Set on the banks of the river Thames, Osney Lock is one of only three sites suitable for hydro generation in the city.

A community survey of Osney Island residents in 2002 showed that most people understood the threat of climate change, and wanted to develop renewable energy on the island – in particular, a hydro project at Osney Weir. Extensive technical and architectural studies were done over the next few years by local experts and resulted in the Environment Agency provisionally agreeing to lease the land and buy the energy. Four incredibly hard years’ work between 2011 and 2015 finally saw Osney Lock Hydro generate its first renewable energy in May 2015.

The project is owned and managed by West Oxford Community Renewables – a community energy organisation. It produces (on average) twice the amount of power generated by the old coal-powered Osney Power Station in its first year of operation in 1892. In the end, it took 15 years of expertise, ingenuity, and effort to go from the first spark of an idea to power generation.

Work with your resources – Plan around the resources you have in your community. In West Oxford, we have a river suitable for hydro, and people with the skills, energy, and enthusiasm to develop and deliver the scheme.

Think about ways to add value – Our hydro is much more than a green power station; it's an educational resource, a community green space, and a participant in energy system innovation trials. At the core of our model is a 'double carbon cut'. Surplus funds raised from the sale of green electricity are used to fund a second round of carbon cuts.

Collaborate – Partnership working is key - you don't need to deliver everything yourself. We work closely with a local charity – Low Carbon West Oxford – to achieve our double carbon cut. Partnership with the Environment Agency was also important. During construction, we formed a ground-breaking collaboration that saw the community build the housing for a new weir gate alongside the hydro structure.

Amount of energy the hydro generates per year (186,000 kWh).
Number of fish that pass through the river.
Number of investors in the project (over 200).
Number of people welcomed to the site per year.
Read more
Share this initiative
Inspired? Find out more