The Nuclear Futures Institute at Bangor University aims to advance nuclear technologies such as energy generation, medicine and co-generation in the North Wales area.

The Nuclear Futures Institute at Bangor University is mainly focused on developing low carbon technology using nuclear power. Nuclear energy is a low carbon form of energy generation and could be used successfully in the UK to replace other fossil fuels that are being phased out – such as coal, gas and oil - in an effort to meet net zero targets and to help combat climate change.

The Institute was initially set up in 2017, with funding from the Welsh Government's Sêr Cymru programme, with this focus in mind. But, since then, the research group has expanded to accommodate other uses of nuclear such as nuclear medicine - which can be used to treat different diseases and nuclear co-generation - which is essentially using the by-product of nuclear so that a lot of the heat is generated for other purposes, such as district heating.

The research aspects that are being undertaken at the Institute have the local community in mind. Bangor University’s proximity to the Wylfa and Trawsfynydd nuclear power sites, both earmarked for new nuclear projects, places it in an ideal position to develop skills and capability in nuclear research and nuclear energy generation, and to build a world-class research team under the leadership of Professor Bill Lee, to facilitate the workforce into these two sites.

Nuclear medicine development has also been embedded in the local area – with collaborations within the University on the medical sciences side. And nuclear co-generation is being studied using previous examples from the local area– for example, when Wylfa Power Station was running, a considerable portion of the output was consumed by the nearby Anglesey Aluminium smelting plant.

A great deal of work is going into co-generation to see how we can utilise these by-products if the Wylfa or Trawsfynydd new projects go ahead. There’s also an emphasis on encouraging nuclear energy alongside renewables development. We currently work with local organisations such as Morlais, Energy who are looking at tidal energy and aim to develop further collaborations like these in the future in order to develop capabilities and increase the image outputs of the area.

The Nuclear Futures Institute (NFI) was set up by combining expertise from academia with experience from the industry. A few of the team came from the successful nuclear research department at Imperial College in London and others returned to academia after working in the nuclear industry for several years. This is an approach that works well, so that we can learn what expertise they require in the industry and test real life scenarios.

Building networks with industrial partners is also very important in order to be able to deliver industrially-relevant nuclear research and training. We’ve established close working relationships with leading nuclear organisations including Westinghouse in Sweden, the National Nuclear Laboratory (NNL), Jacobs, the UK Atomic Energy Authority, US National Laboratories, the Nuclear Advanced Manufacturing Research Centre and Tokamak Energy. These relationships help inform and shape our work – for example Tokamak Energy is a fusion power research company, which is very different from the nuclear fission reactors we usually have in the UK and this is a significant and exciting venture that we can learn a great deal from.

NFI is also a member of the Nuclear Energy Futures CDT – a Doctoral Training cross network partnership with Imperial College London, the University of Cambridge, the University of Bristol and the Open University – where expertise is shared between the institutions to get nuclear energy Ph.D. students the expert training they need in order to perform world leading research in the industry. These collaborations are invaluable for Ph.D. students like me.

We also collaborate on a local level with renewable energy companies like Morlais Energy and Hydrogen Hub –to work together on the path to net zero in the UK. And we engage with the local community in terms of outreach projects. As a Welsh speaker, I’ve been able to run workshops at M-Sparc in Welsh and English on the subject of nuclear energy – where we have a conversation about nuclear and try to dispel the perception that it’s dangerous. When people understand that it’s safe and can potentially help achieve net zero it can change that narrative and, hopefully, inspire more people to work in this industry in the future.

We measure in terms of research outputs from the group working at the Institute – such as research papers and partnerships that are formed within the industry. People can also use the facilities we’ve developed at the Institute, such as being able to us our laboratory equipment at our science park, M-SParc. We also hope to be able to measure success in terms of the creation of jobs linked to students graduating from Bangor University.
Read more
Share this initiative 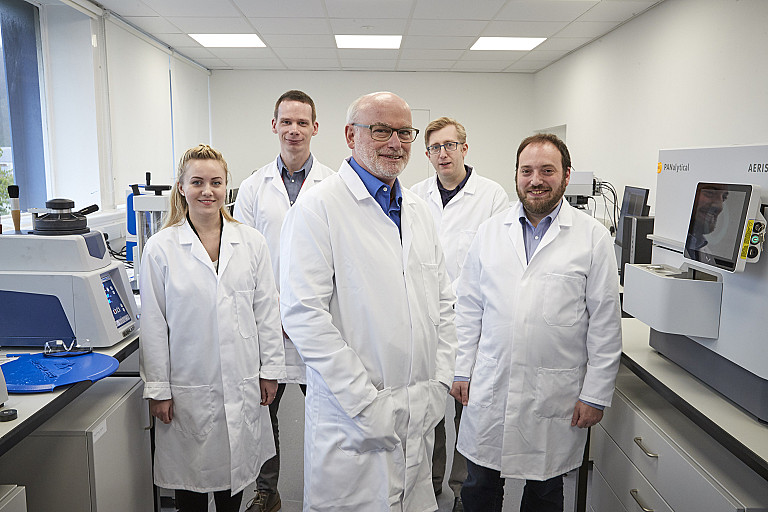 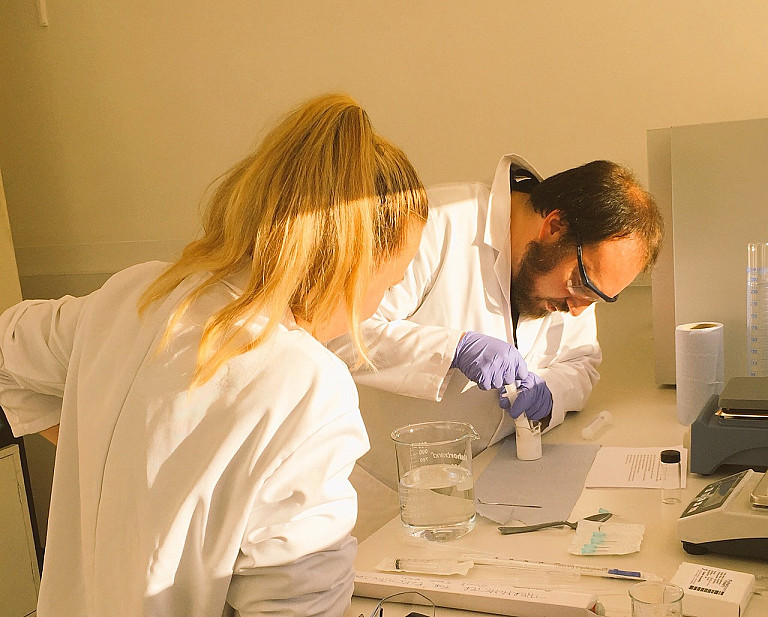