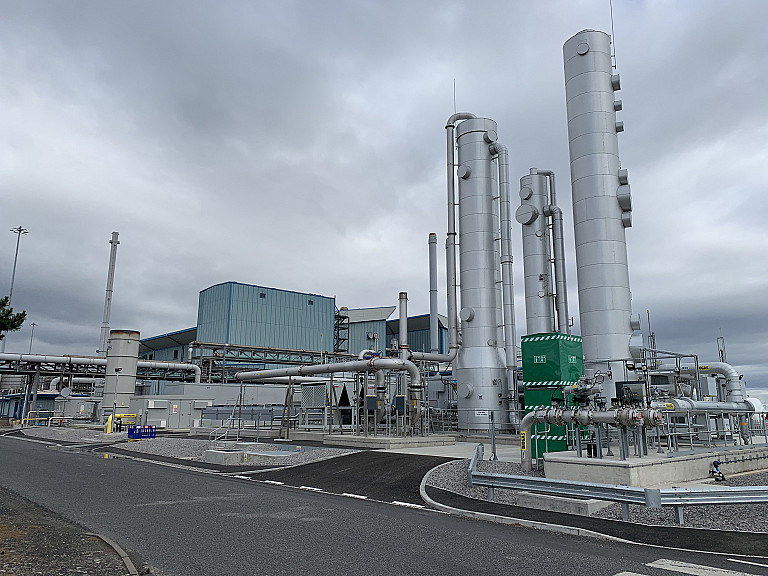 Northumbrian Water supplies 2.7 million customers in the North East with both water and sewerage services. Named the world’s most ethical water company for the tenth time in 2021, it has implemented a Gas to Grid plant at its Bran Sands Effluent Treatment Works in Teesside. This is enhancing the company’s on-site generation of green energy, building on its use of Advanced Anaerobic Digestion at the site.

Following an investment of more than £9.5 million, the firm’s new Gas to Grid plant will not only significantly reduce the cost of running the site but see enough biomethane to fuel 5,000 homes injected back into the National Grid. It allows Northumbrian water to replace almost 10,000 tonnes of CO2 from fossil fuels with renewable energy, contributing to a total of 15,000 tonnes of fossil fuels removed from the site’s operation.

The plant is part of Northumbrian Water’s work to expand upon its sustainable energy mix to achieve Net Zero in 2027. It uses 100% of its sewage sludge to create energy thanks to advanced anaerobic digestion of waste, which in turn creates gas, pumped back into the network, and an inert “cake” then used as fertiliser.

The switch from moving liquid sludge to transporting solids has had the additional benefit of replacing 90,000 tankers per annum with 10,000 trailers, reducing our carbon emissions even further.
The Teesside site also generates sustainable power from a 943-panel solar array on its rooftops and uses other green fuels such as biogas in its boilers.