Milford Haven can play a large role in a commercialised hydrogen economy. 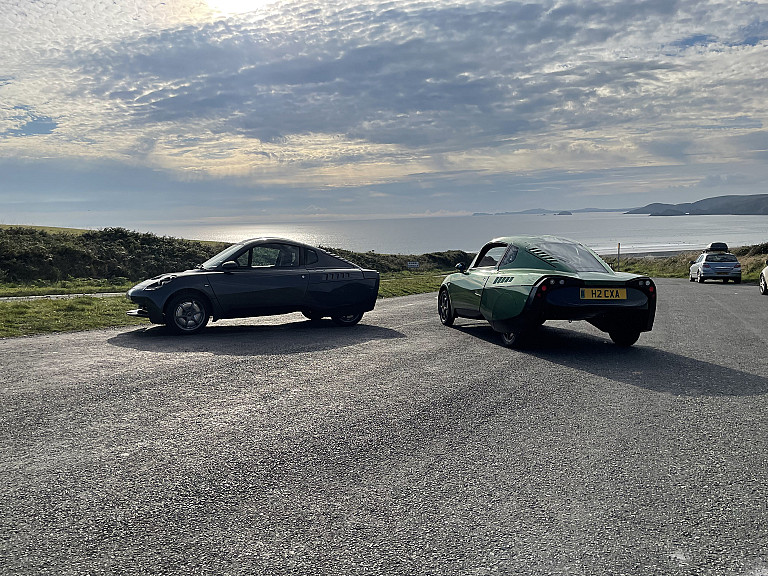 Riversimple’s Rasa is an electric car powered by hydrogen, not batteries. 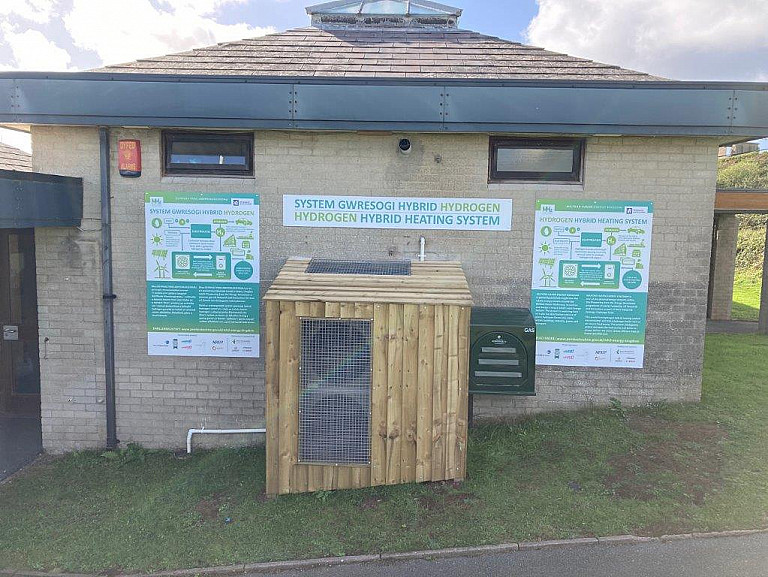 As the climate crisis worsens, the world is looking to carbon-free energy sources to remove greenhouse gas from the environment.

Green hydrogen uses renewable energy sources to power the electrolysis that makes it – meaning no carbon emissions. It is being explored at Milford Haven Energy Kingdom - a two-year, £4.5 million ‘detailed design’ project led by Pembrokeshire County Council. The project explores what a decarbonised hydrogen and renewable energy-based ‘Smart local energy system’ could look like for Milford Haven Waterway.

Funded by UKRI, it is part of the Prospering from the Energy Revolution (PfER) programme of works, meets the Well-being of Future Generations (Wales) Act 2015’ goals, including ‘a globally responsible Wales’, and builds on a previous Welsh Government-funded Smart Living project to explore a zero carbon area in Milford Haven Waterfront.

At present, around 25 per cent of UK energy comes through Milford Haven Port for in the form of liquefied natural gas (LNG), which is injected into national gas grid and also used for power generation at RWE Pembroke Power Station, and petroleum-based products.

As we leave fossil fuels behind, there is great potential to transition those jobs to the renewable sector and make Milford Haven a UK hub for green energy and green hydrogen.

With partners - including the Port of Milford Haven, Offshore Renewable Energy Catapult, Riversimple, Wales & West Utilities, Arup and Energy Systems Catapult - we are exploring how to make using and distributing hydrogen financially viable within the energy sectors of buildings, industry, power and transport.

Our hydrogen refueller demonstrator site uses electrolysis to split water into hydrogen and oxygen. Power is taken from the local green energy grid and run through electrolyser units. The oxygen produced is vented to the air, and the hydrogen is compressed and stored.

The hydrogen is being used to trial Riversimple’s Rasa electric car on site - a zero emissions, hydrogen fuel cell electric car. The hydrogen passes through a fuel cell, where it combines with oxygen from the air to produce electricity. That electricity flows to small, lightweight electric motors, one in each wheel, which give the car four-wheel drive. Water is the only emission.

We are also piloting a world-first hydrogen-ready hybrid heating system for residential and commercial buildings. It trials a hydrogen boiler and air-source heat pump, where the system’s smart controls select between the heat pump and boiler to deliver the most carbon-efficient heat at the lowest cost and carbon emissions possible.

Numerous trials will demonstrate the heating system operating in several modes. We hope the work will support local authority and both UK and Welsh Governments in understanding where whole-system investment should be made to move towards a net zero carbon society.

We are immensely proud of how well this project has gone so far, and the opportunities it presents for future investment and growth.

All projects present challenges and learnings, though, and this is no exception.

Obtaining the relevant planning and permit to establish our hydrogen refuelling station was tricky. It took a year to achieve the necessary consent from the planning authority and Natural Resources Wales. We needed to obtain a low impact installation permit for the system, but the process was very involved for a project that had zero environmental emissions. However, having shared our experience and feedback with the Welsh Government and NRW, we are now working with them towards a solution that should make things easier for others looking to do something similar in the future.

Engaging with the community and local industry is central to this project’s success and to achieving net-zero.

We enlisted the support of Community Energy in Pembrokeshire from the outset of this work. The not-for-profit membership organisation assists and gives a voice to community groups working on energy projects in Wales, including all the community energy groups in Pembrokeshire. Their buy-in has meant that the outputs from MH:EK and the demonstrator projects have been directly shared with our community whose knowledge of the potential for renewable energy and green hydrogen has increased. We have also engaged with local environmentalists, as well as local businesses. And we keep the local community updated on what we’re doing, including through coverage in the Port of Milford Haven’s ‘OnBoard’ magazine, which reaches around 50,000 local households.

The importance of engaging young people in climate action is well recognised and understood. To encourage the next generation’s interest in our work, we have developed Welsh Government curriculum-linked resources about green hydrogen and fuel cell cars, along with a PowerPoint presentation that teachers can use to structure lessons on the subject. We also plan to take the car to local schools for demonstrations.

Our project started in March 2020, just as the pandemic struck. Plans to host community days to demonstrate the zero emissions, hydrogen fuel cell electric car; refuelling station; and hybrid heating system were postponed in line with pandemic restrictions, but a community open day is now scheduled for 18th February 2022.

I would encourage anyone approaching similar work to keep an open mind about new approaches, including the use of green hydrogen. Many people express concerns about the explosive risk of the gas, for example, but I would urge everyone to spend some time learning about it. Green hydrogen is safer than other fuels in a multitude of ways. It does require safe production, storage, distribution, and dispensing, as do all fuels and gases, but it’s well regulated and has been produced, stored, and transported around the world, including in Wales, the UK, Europe, and the US, for decades.

Our ultimate success marker is producing a blueprint for an investable, hydrogen-based, renewable energy system.
Our project has 26 milestones to meet, from establishing project boundaries and mapping energy infrastructure, to creating an overview of the smart local energy system, establishing a system architecture and trading platform, co-designing a switch to hydrogen with customers and producing several key reports.
Read more
Share this initiative
Inspired? Find out more