Islandmagee Energy is developing a unique gas storage facility in County Antrim, Northern Ireland. The facility will comprise a series of underground large-scale salt caverns with a surface injection and withdrawal plant, located near Ballylumford, Islandmagee. The plant is to be initially used for storing methane natural gas but carries the potential for storing hydrogen (subject to planning and regulatory approval), thus supporting the UK Government’s Ten Point Plan for a Green Industrial Revolution and the recently released UK Hydrogen Strategy.

We are fully engaged with enabling the green agenda in NI, and are represented at Hydrogen NI and HyLIGHT forums as well as other entities, and are committed to supporting the island in its journey to net-zero carbon emissions. The project not only shows huge potential in its ability to resolve net-zero issues for Northern Ireland (and the wider UK), but also serves as an ethical way to support local consumers.

Modelling has consistently shown that energy systems with large-scale hydrogen storage providing supply and demand balancing, reduce the overall cost of energy by up to 15%.

In a scaled-up hydrogen market and advanced climate scenarios, large-scale hydrogen storage plays a critical role. Both the gas (hydrogen) and electricity supply and demand variability will need to be managed on all timescales (hours, days, weeks, seasons). With the current curtailment of wind power generation (and the cost of this), hydrogen supply could prove a strong contributor to securing the supply of energy for NI moving forward. Underground salt cavern storage technology has been used with hydrogen for the previous 50 years, making it a proven clean and safe solution.

Knowledge of both the direct and indirect benefits of your project will prove essential in garnering support, particularly from local residents, who often hold strong, insightful opinions on how their environment and lifestyle may be affected. As such, it can be beneficial to see how your strengths and weaknesses can compound.

As recognised by the Department for the Economy (DfE) commissioned report by NUI Galway on hydrogen opportunities outlined in March 2021, “...due to its naturally occurring onshore and offshore wind resources, the potential for hydrogen exports should be of strong interest to Northern Ireland. Hydrogen offers a mechanism to capture otherwise wasted renewable energy, either where it is stranded (not grid-connected) or through curtailment (where the grid cannot take the generated power). By ‘oversizing’ production capacity, NI has the potential to use the generated hydrogen not only within its own borders but also as a mechanism to grow the economy through exporting and job creation.”

Sufficient and proportionate analysis and research are crucial, not only for the sector, but for local and national governance too. As became evident in our development, the extremely complex structure of energy governance ensured garnering the appropriate policy, regulatory and legislative approvals from NI and proved a complex challenge to navigate, and this could hinder the full potential of NI’s energy resource and goals not being realised, or to be at risk. In order to unlock the full potential of a net-zero energy sector, the Northern Ireland Executive must deliver on its responsibilities by supporting mutually dependent projects to be designed, built, and operated in a cohesive manner. If we are to achieve net-zero, we must utilise the best systems. To achieve Northern Ireland’s ambition, our leaders must recognise the engineering challenges involved, and the impacts of delayed decision-making. The Climate Change Committee’s 2020 report made it very clear that governments need to “act courageously” and seize this opportunity for our society, energy sectors, economy and the environment.”

Such awareness and knowledge will better help to prepare and plan the net-zero transition efficiently and lead to a more efficient process overall. 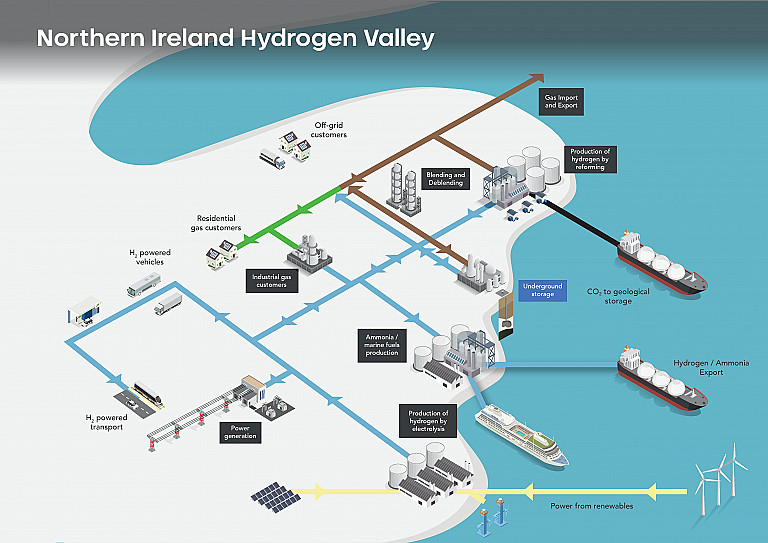 Our vision for enabling the hydrogen economy for NI. 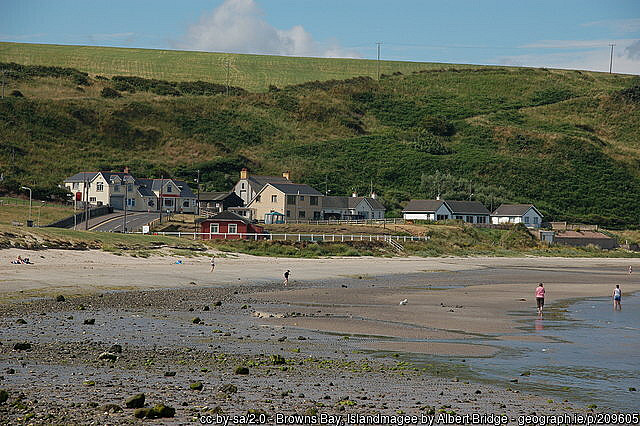