Harton & Forest View Primary Schools are hoping to decarbonise by 2030. 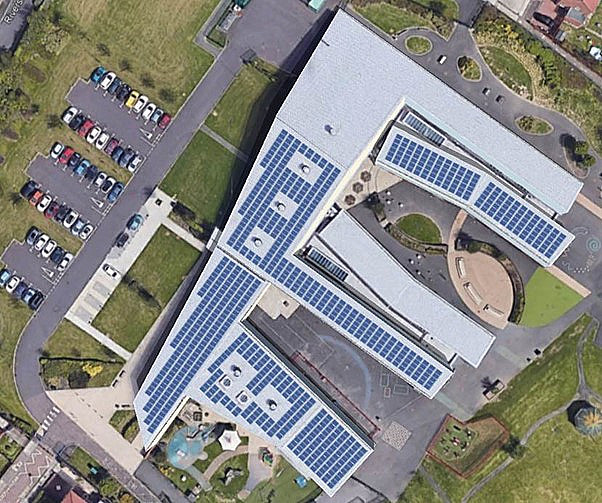 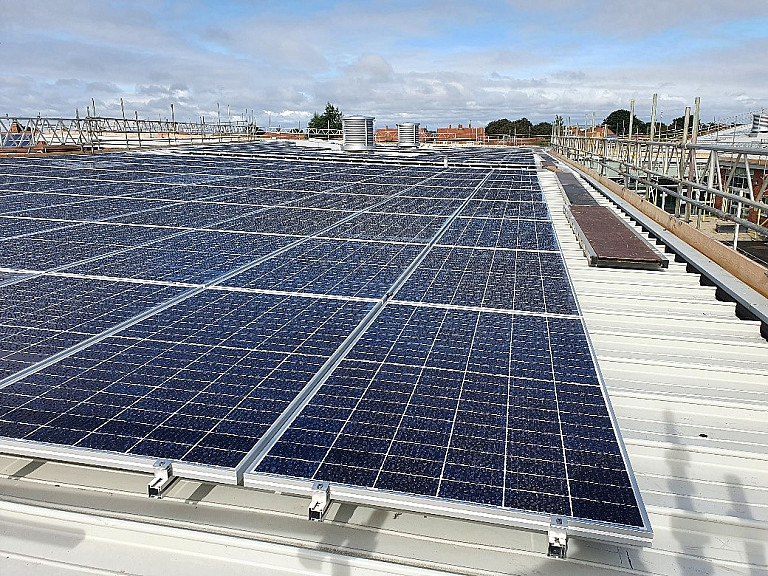 Close-up view of photo voltaic panels being installed on the roof.

The project is to install Ground Source Heat Pumps and PV into two relatively new schools with underfloor heating (UFH). The intention is the GSHP becomes the majority heat source for the building UFH & VT circuit, leaving the gas boiler system as back up if required.

It was desirable to modify the existing BMS system to allow the GSHP more control authority than a simple “lead boiler” approach.

Each plant room has an 80kW pellet boiler which were not used due to previous operational issues and have been removed to free space. There were extensive external field areas for boreholes with
Project funding is from Salix public sector decarbonisation fund which means timescales are tight; latest completion was 30 September 2021.

At Harton Primary School STC have replaced a redundant biomass boiler with a ground source heat pump system that will serve the school’s underfloor heating. The new system has been designed with a 1000 litre buffer vessel, heat meters and variable speed pumps, connected to twenty 180-metre deep boreholes. It is targeting a carbon saving of 141.5 tonnes per year.

New solar photo voltaic panels will significantly reduce electricity demand from the grid. They generate electricity even on cloudy days. At peak conditions they produce 700–800kWh per year and 280kp, which based on DECC guidelines, could save 0.542kg CO2 per kWh.

At Forest View Primary School, STC have installed a similar combination of ground source heat pump heating system and solar PV power generation. The heat pump system will bring an anticipated carbon saving of 105 tonnes per year and the solar PV will generate an expected 166kWp and save 0.542kg CO2 per kWh.

The following are some of the challenges presented by borehole drilling works: the geology and geotechnical issues; working in live school environment; working within a built-up urban area; drilling 36 100mm diameter boreholes to depth of 180m; the potential escape of mine gases and Unexploded Ordnance.