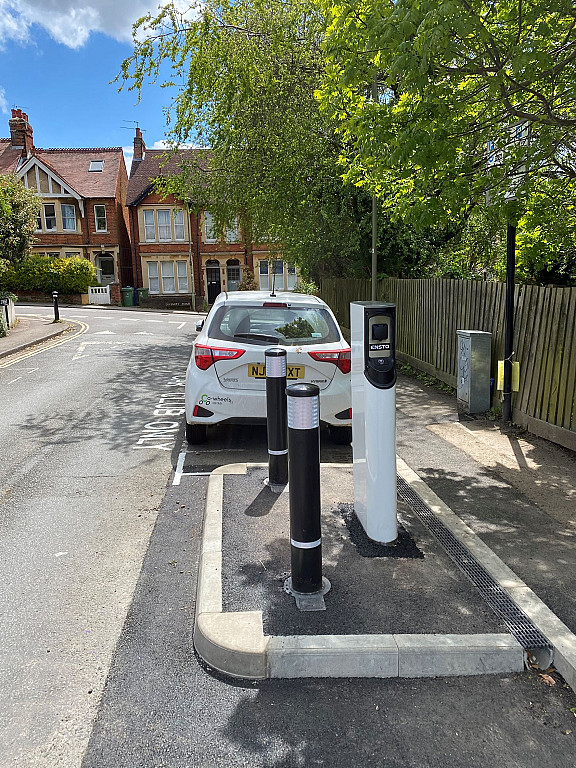 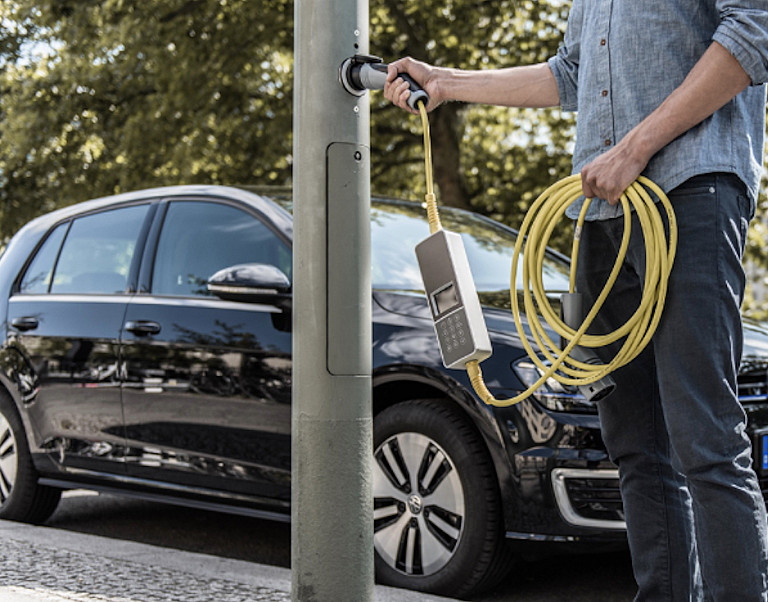 Around 28% of households in Oxford (over 41,000 people) live in terraced houses. Many of these houses don’t have a driveway or garage to access off-street electric charging. Go Ultra Low Oxford, thought to be the first on-street charging pilot of its size in the world, aimed to encourage residents to adopt electric vehicles (EVs) while investigating the best and most user-friendly options for on-street electric parking.

The project brought together Oxford City Council, Oxfordshire County Council, and the University of Oxford, working alongside EV charging solution providers, and was made possible by an £800,000 grant from the Government’s Office for Zero Emission Vehicles (OZEV). The first phase of the project, which took place between July 2017 and June 2019, saw 46 charge-points installed across 28 locations – including 29 lampposts retrofitted with charging points in 11 streets, three types of bollard chargers, and the use of 10 electric Co-Wheels car club vehicles for trial participants.

Described by the University of Oxford as having “global scientific significance”, the trial has uncovered a number of key findings that have increased our understanding of on-street charging, including our understanding of key factors shaping the robustness of charging equipment and the reliability of the charging network. The pilot also found that ultimately it did not matter which solution an end-user chose, they tended to rate most highly the solution that they were most familiar with.

Further findings were uncovered on charger types and locations. Charging solutions that blocked the pavement produced challenges around accessibility and pedestrian passage – particularly in Oxford's ancient, narrow streets – and the council now opts to move charging points out into parking spaces, away from the pavement, wherever possible. The project also gave birth to the Oxford cable gulley (now GUL-e), a simple cable channel set flush into the pavement, connecting an EV parked on-street to a home charger without causing a trip hazard. Oxford was the first local authority to trial permanent, recessed EV cable channels in public pavements. The study found that cable charging channels had the highest user utilisation and were ranked most favourably on performance.

These findings are crucial for enabling Oxford City Council and Oxfordshire County Council to develop a charging infrastructure that works for everyone, as well as shaping the future of electric vehicle charging across the UK. The council is currently developing a city-wide electric vehicle strategy and delivery plan and is piloting a new contract management structure for EV infrastructure. Oxford’s new streamlined procurement process, the Oxford DPS, is open to all local authorities, to make it easy for other local authorities to benefit from Oxford’s learnings, and ensure Oxford can effectively and efficiently scale up charging solutions in the next phase of Go Ultra Low Oxford.

Strategy first – It’s critical to get clarity on your mandate before you get started – from clarity on your funding to what you want to achieve and how you plan to achieve it. It’s also vital to have the right staff and resources in place across teams.

Look at other regions – Due to the expense and complexity of on-street charging solutions, it may make sense to join forces with another local authority or to build on an existing scheme structure.

Infrastructure drives usage – If you look at electric vehicle uptake across the UK the highest uptake is in regions and cities that have been early infrastructure adopters. When you get the solutions out there, the transition will happen.

Evaluating the performance of the various on-street charging installations.
Examining the adaptations to car-use routines and the formation of charging habits among pilot participants.
Identifying local community responses to the charging installations.
Developing insights about how the pilot may be scaled up within Oxford and transferred to local authorities elsewhere in the UK.
Read more
Share this initiative
Inspired? Find out more