Cleone Foods has invested in solar panels and low-emission vehicles to reduce the carbon footprint of producing and delivering its products to customers across the UK. It is also exploring more ways to reduce food waste across its operations. 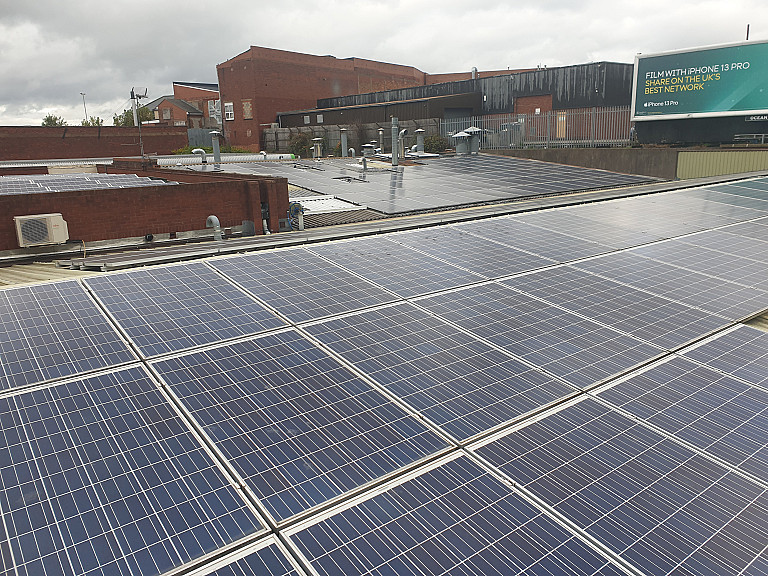 In the earliest days of the company food waste was collected as animal feed, but this was banned in the UK following the BSE crisis of 1998.

Our food waste was then sent to landfill in general waste, until anaerobic digestion plants started to be developed in the UK and a suitable service supplier was found, then waste collections commenced in April 2011.

Current level of diversion of food waste from landfill is around 40t per year.

A 50kw solar PV generation installation to the roof of the building was completed in January 2016.

This currently generates around £3000 per annum through the feed-in tariff scheme, while providing real-time reduction in energy usage from the standard generated supply. This does not have accurate tracking information as the company's manufacturing output has increased in the intervening period.

The entire lighting system in the factory was replaced with LED and low energy solutions in June 2019.
This project received grant assistance from ERDC through the "Groundworks" scheme and was assessed to have a calculated reduction in energy usage for lighting of at least 75%, compared to the existing fluorescent and incandescent fittings.

It took a long time to find a contractor whose plant was located close enough to make collections economically viable. We researched on line, contacted trade associations and attended trade shows, but essentially had to wait until a West Midlands located site was constructed.

We had two aborted contracts before we found the current supplier, as these are new technologies and the suppliers were essentially developing and trialling their systems at our site, and issues emerged as we put their systems into use, mostly with storage and transportation of the waste.

Attempts were made to work with the vendors to resolve them, but eventually we canceled by mutual consent, and we went on to trial other solutions until we found one that worked for both parties.

We put the supply of the system out to tender and took the advice of potential vendors on the suitability and size of the site for matching to a new system.

Internal Finance and our bankers were involved as there were complex Total Cost of Ownership and feed-in tariff returns to consider, as well as the physical installation.

Ongoing service contracts and mid-term hardware repairs and upgrades should also be given allowances when budgeting future costs.

We had, for a few years, started to replace fittings on an individual basis following hardware failures, but the decision was eventually made to upgrade the entire system and was put out to tender for quotes.

One of the vendors informed us of the possibility of grant funding being available, so we worked with a third-party consultant to complete the application process and interface with the funding bodies, eventually achieving 50% match funding from the ERDC through their "Groundworks" scheme.

The system has a 10-year warranty, however we would advise to buy extra spare fittings to swap out following any failure, as the claims process can be subject to protracted timescales while vendors contact their suppliers.