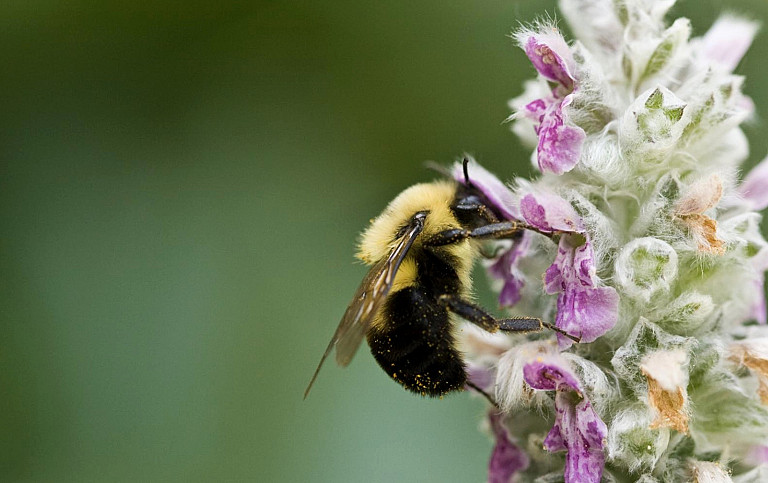 Councils need to take a joined-up approach to tackling the climate and ecological crises, and natural green spaces can be part of the solution as they draw down carbon and boost wildlife. Burnley Borough Council has embraced a new way of looking after its parks. The authority has replaced intensive management with alternative approaches that improve biodiversity, cut carbon emissions and deliver health benefits to residents. The scheme has created volunteering opportunities and delivered big financial savings.

The ‘Go to the park’ project was developed with local social enterprise Newground in one of the least wealthy parts of the UK, with public parks facing cuts of over 60% from current council revenues across the next decade. The scheme has seen the council focus on six key areas:

The project took 6 to 12 months to develop, with ecological and financial benefits arriving after two to three seasons.

Staff engagement at all levels is critical. Although a lot of the work is carried out by volunteers, a big team of volunteers needs coordinating and council staff time needs to be factored in to do this. The staff members who co-ordinate VIP strategies spent a significant amount of time talking with teams across multiple parks, as well as holding meetings with supervisors on the VIP activities, to ensure time spent by volunteers is most effective.

To overcome the challenge of organising so many new volunteers working across multiple sites the council invested in Better Impact volunteer management software, allowing more efficient planning. A key lesson was the value of hiring a dedicated volunteer co-ordinator within the programme, because originally the administrative time taken to deliver this part of the project was underestimated.

Political will is required – the alteration of public parks needs courage, energy and resources. Early and meaningful public engagement is essential. Time must be taken to show why these public spaces are being changed, including the wider benefits that will be created create.

A common complaint that councillors received from the public was that many areas were being neglected as a result of the council mowing the grass less often. The council were able to overcome this by ensuring public footpaths were mowed, and also installing informative plaques on the intended wildlife impacts in the area, reminding residents that ‘nature isn’t neat!’.

The council has also faced challenges accessing electronic alternatives to diesel-powered horticultural equipment. Electronic products are only just coming to the market and currently expensive. However, it has decided to use money from its climate change budget to upgrade diesel equipment.

The parks’ new meadows have allowed for the creation of urban bee farms, contributing to a rise in biodiversity. New grass management approaches are also helping more native wild plant species to develop.

The project’s volunteers have enjoyed many benefits as a result of taking part. These include learning horticultural, woodland and biodiversity management skills. They are experiencing a range of health benefits such as spending more time in green spaces, and some volunteers feel more confident, happier and have a greater sense of purpose as a result.

Volunteers are mostly semi-retired or retired residents, joined by young people seeking valuable work experience. This element scheme was supported through the creation of a specific VIP brand and four clear volunteer roles relating to horticulture and woodland, as well ranger and beekeeper duties.

Roles were marketed online, in the press and through posters in parks. Each role followed a detailed training and activity plan which allowed volunteers to maximise the impact of their work.

A local mental health charity has been delivering therapeutic sessions in Thompson Park, where attendees have health appointments in the park, talk and carry out minor park maintenance. With many healthcare commissioners looking to support voluntary work in green spaces to boost wellbeing, this project has a good chance of delivering more health benefits in the future.

Socially, park-based gardeners who generally worked alone before the project are now working alongside volunteers, offering knowledge and advice. This has resulted in an improved and more satisfying working environment for staff.
Read more
Share this initiative
Inspired? Find out more