Encouraging permanent change to the local mowing regime after rare and interesting species were found during a trial. 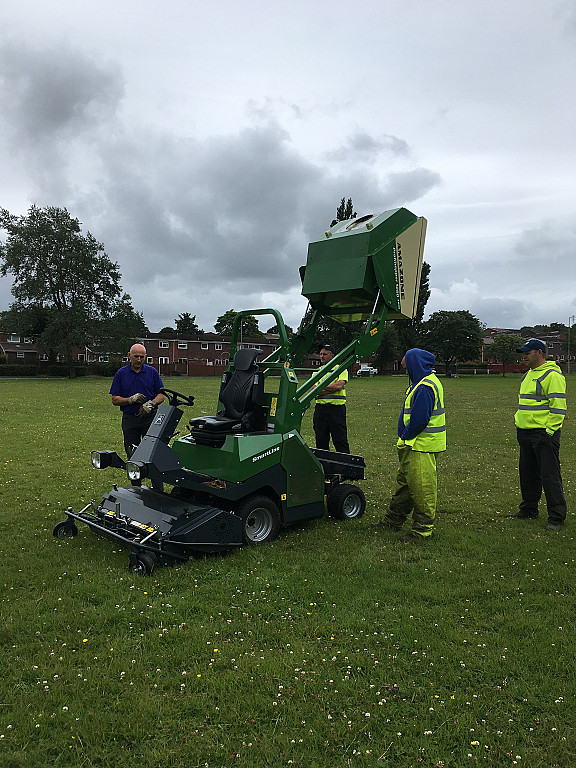 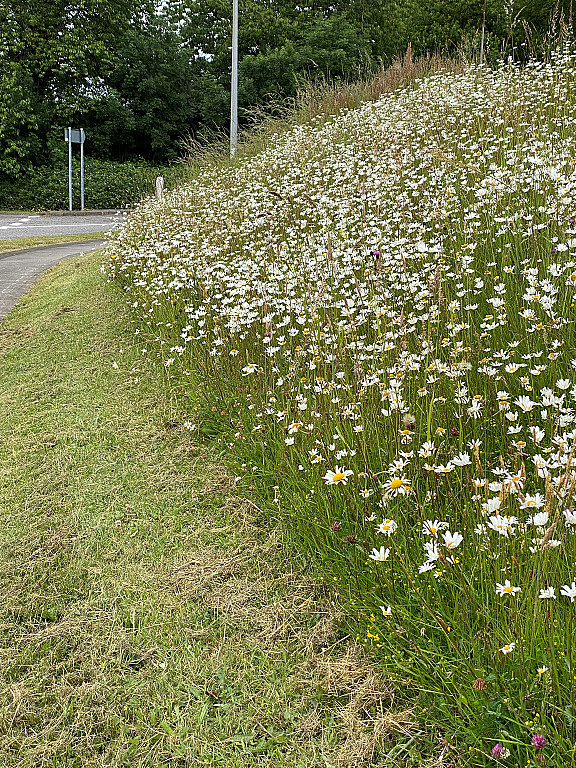 Wildflowers growing on a bank in Croesyceiliog 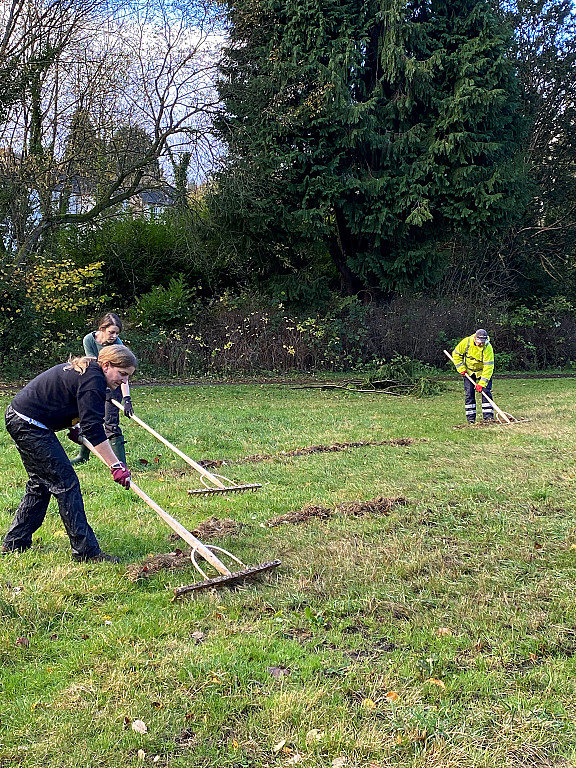 Vee Brannovic, Local Nature Partnership Co-ordinator for Blaenau Gwent and Torfaen
Like most local authorities across the UK, Blaenau Gwent and Torfaen Councils scaled back their grass cutting services at the beginning of the Coronavirus pandemic. Verges and areas of grassland grew considerably, with wildflowers such as rare orchids appearing, and invertebrate numbers increasing across the two boroughs.

Two months later, Torfaen Council announced that grass cutting services were to resume. While this seemed like good news to many, for us at the Blaenau Gwent and Torfaen Local Nature Partnership, it was disastrous news.

We contacted the council suggesting that this could be a great opportunity to review their grass cutting regimes, outlining the benefits of less intensive mowing and leaving areas to grow wild – such as helping with health and wellbeing, addressing biodiversity loss and mitigating climate change. As a result, grass cutting which was due to re-start in May, was postponed. This gave the ecology team time to speak to the Streetscene team and local councillors, who agreed to trial a new approach in several areas. We had the same response from Blaenau Gwent council, and I then worked with the teams to roll out a plan and to identify what the barriers might be to implementing this on a wider scale across both boroughs.

Of course, there were some heated discussions and resistance - after all, we were asking people to change the way they’d been doing things for many years. There were practical concerns from many, such as worries about litter building up and the teams not having the correct equipment to cut grass and collect it. Above all, there were concerns about how the public would react to drastic changes to their local grass cutting regime.

But we were determined to drive change. We received Welsh Government Local Places for Nature funding in order to buy specialist ‘cut and collect’ machinery to trial the new approach. Areas that were previously cut every two weeks are now left to grow from April to September, with more regular cutting continuing in some areas such as the edge of a site, next to footpaths, and on recreational areas.

We worked hard to bring local members on board and ensure that they would know how to respond to complaints from the public. Around this time, both councils had declared a climate and nature emergency, which helped push these issues forward on the agenda, but it was still a challenge.

Nearly two years later, the new regime is really working. Blaenau Gwent and Torfaen were among the first local authorities in the UK to change grass cutting regimes on this scale and we’re proud to be leading the way. There’s still more work to do, but we need to build capacity in terms of knowledge and equipment. However, it’s wonderful to see something so positive coming from the pandemic - the visual results speak for themselves – with nature blossoming and new wildlife habitats thriving across both boroughs.

With any project or scheme where you’re trying to change people’s views or convince them to do things differently in order to help address biodiversity loss, it’s important to be persistent while also realising that you’re never going to be able to convince everyone.

Honest and open discussion is crucial, and, above all, you must be prepared to listen to any concerns that people may have and acknowledge their views, even if you don’t agree with them.

It’s easier to convince someone that something is a good idea if you can show them visual representations of what the results could be. For example, when I was trying to explain the benefits of a less intensive mowing regime in Blaenau Gwent and Torfaen, I was able to use images of similar work from my previous role at the Wildlife Trust.

We also found it very useful to discuss and share best practice with other Local Nature Partnership co-ordinators across Wales in a network facilitated by the Wales Council for Voluntary Action (WCVA).

On a practical level, we realised it’s also important to provide signposting to explain what’s going on in areas where grass cutting regimes have changed, so we’ve placed signs in these areas which include QR codes leading to information pages. For council staff working on the ground, we’ve produced bilingual information cards which they can hand out to members of the public when they ask why areas are being left to grow. Our Facebook group is also a useful tool for engagement and discussion with the public and we’re thrilled to see that the local community are increasingly positive about the changes with many feeling extremely excited to be part of this journey.

We measure the areas involved in the new regime and run basic plant and invertebrate surveys which are conducted by consultants, facilitated by Welsh Government Local Places for Nature funding.
The initial survey results are very encouraging, showing that several sites have already qualified as local wildlife sites.
Read more
Share this initiative
Inspired? Find out more