Bedford Borough Council has created a hydro power facility on the site of the former Bedford Boatslide to generate clean energy. 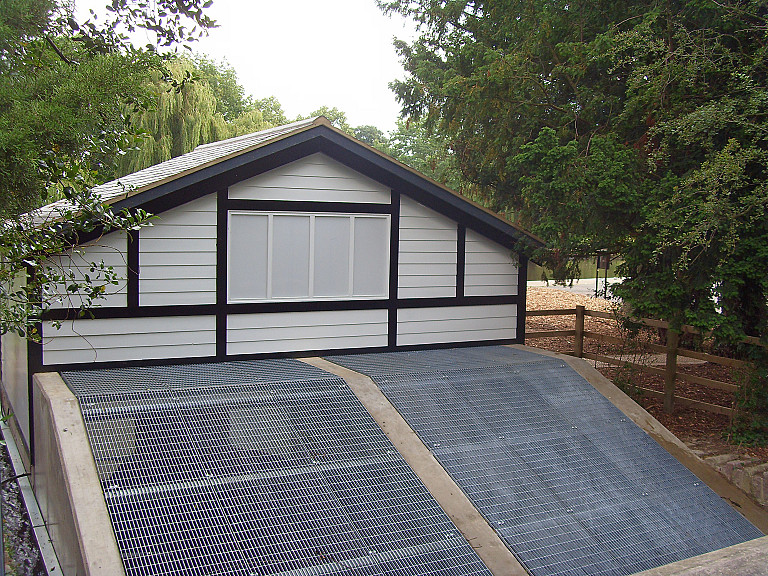 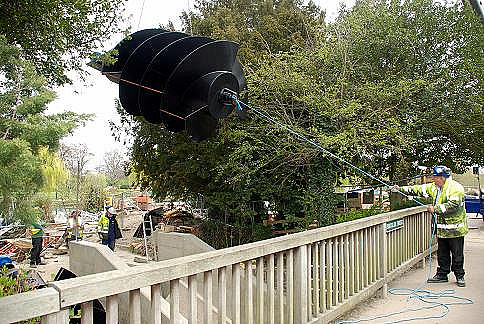 In 2012, Bedford Borough Council officially opened a new hydro power facility on the site of the former Bedford Boatslide close to the Bedford School Boathouse. The facility re-established a long tradition of producing power from the River Great Ouse – once home to many watermills – and uses an Archimedean screw turbine to generate sustainable energy.

The Boatslide was initially constructed in the Victorian period when the river was busy with leisure boats, and we were keen to preserve this element of our history while repurposing the site to support our carbon-reduction goals.

Archimedean screw turbines are a relatively new way of producing electricity based on an ancient principle; simply, the weight of the water entering the top of the screw shaft causes the screw to rotate, this, in turn, spins a generator that produces electricity. Archimedean Screw Turbines can operate at heads as low as 1 metre, are fish friendly, low maintenance, and have a long design life. Our hydro power facility should produce at least 5,200,000 kWh of electricity before the screws need to be replaced.

The facility is not only a source of renewable energy and income generation for the council, but it’s also an opportunity to educate people on the power of the river and the potential to use our natural resources to generate clean energy. We have welcomed many local schools and visitors to the site as well as interested individuals and institutions from across the country.

The hydro power facility was designed to protect the river and our natural environment. The council works closely with the Environment Agency, ensuring limited use of the facility if water levels are too low. The screws are also ‘fish friendly’, with wildlife able to move through them safely.

Talk to others who have worked on similar projects – When we first started this initiative we were able to work with a supplier who had a strong background in this type of project. It’s also important to do lots of research and go and see similar things. This facility took a huge amount of planning and a considered approach to both the heritage and environmental elements of the scheme.

Understand your natural resources – We knew the water was there, we knew it had been used to generate power before, and we knew that it was a free resource. It’s important to think about what is available and usable in your local area and to consider new ideas.

We take meter reads approximately every three months to calculate how much renewable energy is being produced.
Read more
Share this initiative
Inspired? Find out more