Barti And The Big Blue

Investigating the real-world benefits of planting carbon-absorbing seaweed forests in our seas. 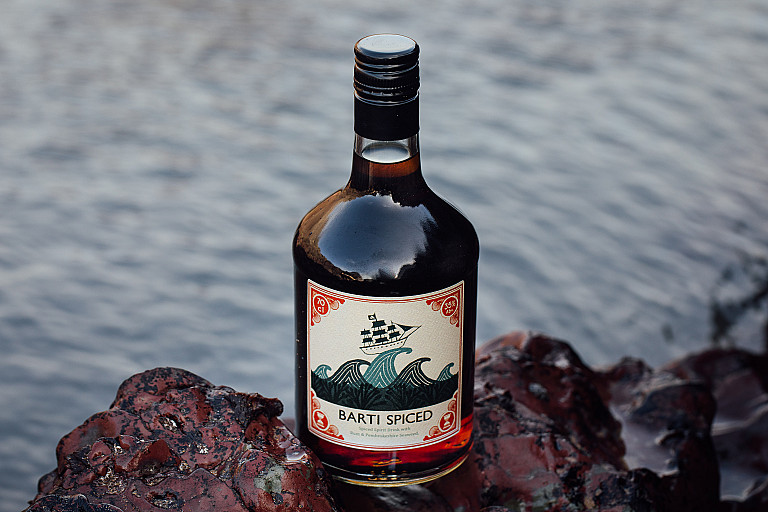 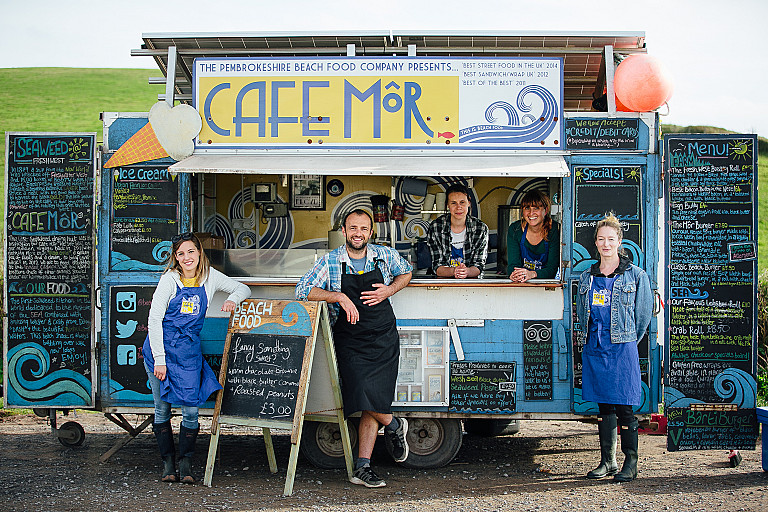 I started Café Môr in 2010 as a mobile catering business celebrating the wonderful produce from the Pembrokeshire coastline: seafood, seaweed and wild seashore plants. In 2012, Café Môr became part of my new venture, The Pembrokeshire Beach Food Company, which began developing a range of sea foraged food products, from Welshman’s Caviar (dried laver flakes) to seaweed Pesto. In more recent years I founded a spiced rum brand, Barti Rum, which again uses a seaweed infusion to enhance and smooth the flavour of the spirit.

One morning, I was at the beach collecting seaweed to use in my menu and rum, when I had a conversation with a local lobster fisherman, Danny from DASH Shellfish. He said he had seaweed growing on his equipment and had to employ someone to regularly cut it off. It suddenly became apparent that this fisherman’s unwanted seaweed was not only thriving, but regularly self-seeding on submerged ropes and fishing kit. I began to wonder if the abundant seaweed could be used to some benefit.

I told Danny about my ideas and together we left some ‘ghost’ (pretend) lobster pots out for six months to see what would happen. They amassed around 10 kilograms of different seaweed species on each rig, a couple of kilos of mussels and some spider crabs feeding off the mussels. I was amazed – I thought it was like very easy, lazy gardening!

After a lot of research and speaking to experts on “blue carbon”, I became fixated with the idea that the simple method of providing extra surface area for growth to occur below the surface of the sea, meant it would automatically happen. The more surface area I can provide, in the form of ropes, the more seaweed will grow, and the more carbon will be absorbed. This project, if proven to be as simple and effective as it appears, could be rolled out in endless waters around the world. The magnitude of positive environmental impact this could have is almost indescribable.

If the project is successful and when we are able to scientifically measure the exact impact each measure of seaweed has on the carbon crisis, Barti Rum will be the first business to become carbon neutral (or hopefully negative) using this method. It will happen based on the idea that each bottle sale will fund the opportunity for more seaweed to grow in the sea, and absorb an equal amount of carbon, to that which produced and transported the bottle into existence initially.

The benefit of this method of becoming “carbon neutral” over the existing method of planting trees to offset carbon is speed and space. From my earliest amateur experiment, it was pretty clear that seaweed grows quicker than trees, and if the early evidence is to be believed, it is better at cancelling carbon than its land counterparts. There is a huge amount of scope for other businesses to use this initiative for a brighter future.

Don’t be shy – if you’ve got ideas, get them out there. There’s no easier time to carry out research online, and you can get support from the Welsh Government to point you in the right direction. For example, the Accelerated Growth Programme, which is part of the Welsh Government's Business Wales Entrepreneur and SME support services, allowed us access to consultants and business mentors.

I knew there would be a certain number of challenges from authorities around leaving ropes in the sea, which is to be expected as it’s right that we deliberate what goes into the water, carefully consider anything which has the potential to harm wildlife, and test an initiative for any such harmful effects. These challenges were offset by working with all the different agencies - it’s amazing how much help is out there.

We’re currently part-funding a PhD at Swansea University so we can better understand how and where the laver grows, and we’ve been given a fantastic opportunity to work with some green engineers on researching wave technology and offshore wind farms. We’re very fortunate in Pembrokeshire that we’ve got some of the best green biologists in the world carrying out offshore surveys. We have their expertise and that of offshore wind turbine engineers and academics - and when you bring all those forces together, and include businesses and research, you know you can pull something out of the bag that’s going to be sustainable and, ultimately, have a really positive impact on the environment.

Lab samples will determine how much carbon has been captured over a period of weeks, months and years. These samples will also refine exactly how the project works in terms of longevity for each seaweed plant. Once the science is secure, success will come in the form of my own businesses using the scheme to become carbon neutral and promote the benefits, followed by other products, people and businesses following suit.
Read more
Share this initiative
Inspired? Find out more