The Trees for Climate programme is creating more accessible woodlands across West Cheshire, connecting communities with nature and tackling the climate emergency as the borough aims to be carbon neutral by 2045. 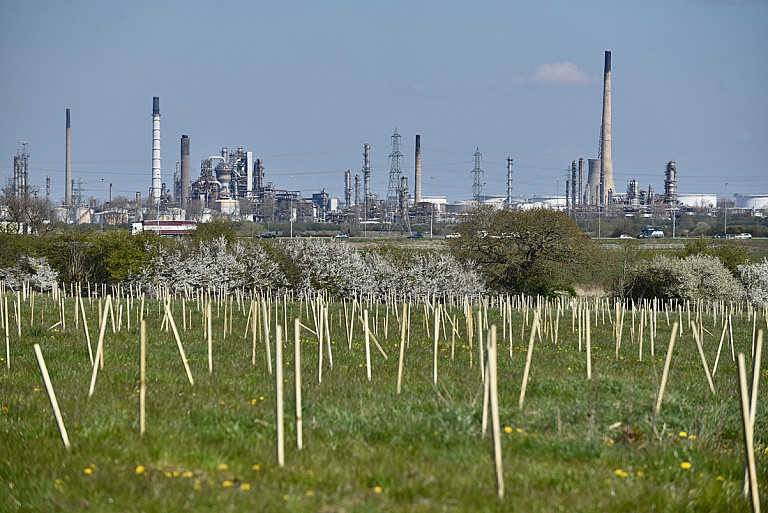 Newly planted trees on land at Picton, near Chester. 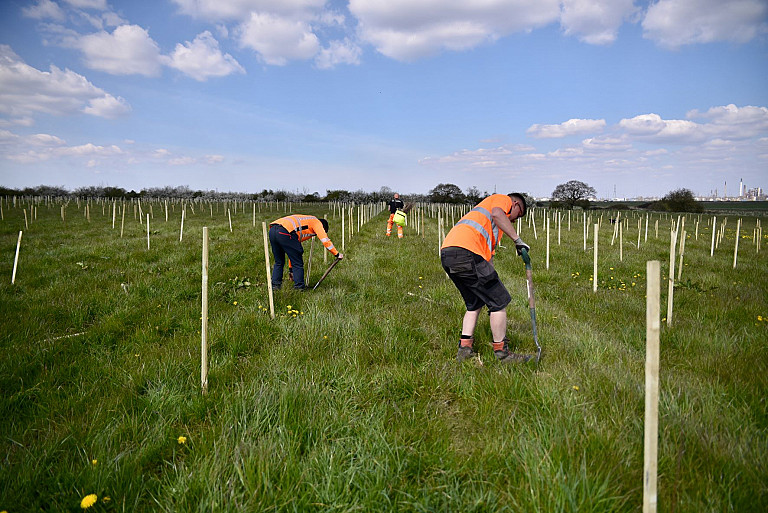 by Trees For Climate

Trees For Climate is a national woodland creation programme, part of the Government’s £500m Nature for Climate Fund aiming to, at least, treble planting rates in England by the end of this Parliament (2024).

Cheshire West and Chester Council and The Mersey Forest are playing a leading role by acting as the legal accountable body for the national Trees for Climate programme.

The Mersey Forest is one of 12 Community Forests across England delivering the programme, transforming landscapes and communities across Merseyside and Cheshire.

Launched in November 2020, the programme is significant in the Government's commitment to address climate change and carbon mitigation. Across Cheshire and Merseyside, nearly 44 hectares of new woodland has been created in the last year, in urban parks and green spaces and on private land and farmland.

In west Cheshire, The Mersey Forest team works closely with the Council to identify suitable land to plant trees, as part of the drive for carbon neutrality as a borough by 2045.

One of the sites selected was Council-owned land in rural Picton, near Chester, with far-reaching views across to the industrial area of Ellesmere Port - this industrial area aspires to be the world's first low carbon industrial cluster by 2030.

The site is on the North Cheshire Way national footpath, which provides 70 miles of way-marked walking from Wirral to the Peak District. Woodland advisors identified the best species of trees to thrive on the land, along with a planting design.

The site offered a fantastic opportunity to establish six hectares of native broadleaved woodland, with some areas left to conserve historical features and other, non-woodland, habitats for local wildlife.

A native woodland was planted, including some species such as beech and a standard oak tree, from which predators such as owls hunt. As the woodland continues to thrive it will develop into an increasingly attractive habitat for wildlife, with two newt ponds recently created on the woodland edge to further enhance the habitats.

In total, 12,366 trees and 305 metres of hedgerows were planted at Picton. When fully established, it is estimated that these will store 2,326 tonnes of carbon over 100 years.

The funding sourced for Picton has gone further than planting trees. New infrastructure - including stiles and a footbridge - has been installed along the national footpath helping make the woodland more accessible. We have also sown six hectares of species-rich native wildflower meadows to recreate the traditional floodplain meadows that would have once existed across the wetter part of the site, compensating for habitat loss in other parts of the borough.

These improvements will not only capture carbon and be a haven for local wildlife, they will also help to get communities out in nature, supporting health and wellbeing and connecting people with their local area.

This project demonstrated how services within the Council can work together to meet shared outcomes. The project brings an income for Cheshire Farms (our County Farms service), whilst delivering new woodland and permanent traditional pasture to aid carbon sequestration and grow quality habitats to aid biodiversity. All these benefits are being welcomed by local walkers and communities as positive improvements for the landscape and wildlife.

We worked with archaeologists to determine if the idea fitted in with the historic features and landscape character of the area (Cheshire Plains). Our initial plans were to use the whole space for woodland but these were modified to preserve an important medieval field system. Instead of planting 12 hectares of woodland, we adapted the design to create an important permanent species rich traditional wet meadow grassland to celebrate and protect the medieval features present.

With searches for underground pipelines in the planning stage, we also found we had all three major pipelines (oil refinery, gas and water), so rides (tracks through the woodland) had to be designed into the woodland to maintain access, which now double up as hunting strips for local owls close by.

Trees were planted a little later than hoped, as it took a while to agree grant offer and put all other permissions in place. Due to the trees being planted in late March/early April survival rates have been lower than hoped, with replacements needed in some cases. We’d suggest to anyone that is planning their tree planting to aim to do this between November and February, so that if slippage does happen the trees are not at risk. Another consideration is to ensure they are watered well. We had the challenge of having no rain for five consecutive weeks after they were planted.