Going "Beyond Recycling" with used bikes in Wales to encourage a circular economy for cycling.

In line with the Welsh Government’s ‘Beyond recycling’ strategy, which aims to make a circular economy in Wales a reality, Refurbs Flint Bike Upcycling project has been revamping the region’s many neglected or abandoned bicycles - diverting them from landfill and encouraging people to swap four wheels for two.

The team at Refurbs Flint – a subsidiary of Groundwork North Wales - collects reusable household items before selling them to people in need of affordable items and had noticed they were amassing a large number of bicycles through house clearances and furniture donations. Some of the bikes were brand new.

We decided to try reducing the number ending up in landfill, particularly as there had been a surge in interest for bikes and parts, with long waiting lists at major retailers for both. So, in March 2019, we launched the Bike Upcycling project to ‘do good’ with the bicycles.

We liaise with all five household recycling centres in Flintshire to source unwanted bikes, setting up a volunteer programme to clean and repair those that need it before selling them at an affordable price through the Refurbs team to the local community.

The project’s volunteers require no prior knowledge or interest in bikes. Some come just to socialise, others clean them or are taught about the parts, tools, and mechanics so they can help repair them. The project is supported by two local bicycle mechanics, who lead the repair work.

Occasionally, a bike is beyond repair, so to prevent parts unnecessarily going to waste, we introduced an artist to lead volunteers in creative projects using old bike parts – such as murals and clocks out of bike chains and cogs.

The project had diverted 5.78 tonnes of waste from landfill as of January 2022 and provided bikes to 141 people.

Our 23 volunteers have ranged in age, from 15 to 67 years old. They may have been signposted to us through schools, volunteer agencies or job centres, or referred to us from third sector organisations or health practitioners. Some younger volunteers have come to us from mainstream school or behavioural units because they’ve expressed an interest in mechanics or bicycles and may be finding classroom environments overwhelming. Others have been at college, but poor mental health has been a challenge, or they simply haven’t thrived in a large college setting. Some older volunteers have experienced homelessness, addiction, or have been long-term carers for ill or terminally ill partners and appreciate time in the workshop. For many, that time together focusing on the bikes and socialising is important and provides needed routine and structure.

We’ve aimed to make the Bike Upcycling Project as flexible, welcoming, and easy to attend as possible.

We have built strong relationships with the local organisations and agencies who refer people to our project and maintain an open-door policy with them. They often pop in a few months down the line for an impromptu cup of tea and a chat to check how things are going. Those interactions provide an important opportunity for us to keep them informed of Refurbs Flint and Groundwork North Wales’ other programmes and offers.

We’re also flexible with the timing of our sessions. We run them from 10am onwards and invite anyone wishing to attend to call in at any time.

We believe in encouraging collaboration among organisations. Some may be nervous about signposting their service users to others because they don’t want to lose volunteers, but if a young person can benefit from another project running on another day and it’s something they’d enjoy, then it should be encouraged. You must have confidence in your project’s ability to retain volunteers’ interest and allow your volunteers to gain the confidence they need through other programmes.
There are challenges running community schemes such as the Bike Upcycling Project however, which are worth highlighting to anyone considering doing something similar.

As with most projects, the funding won’t last forever, and these projects can quickly become a safety net for vulnerable people. While it is possible to secure new funding, it’s important to plan how you will make a project sustainable long-term or will signpost volunteers to other initiatives.

The pandemic has made this even clearer. For some volunteers, the Bike UpCycling Project has brought much-needed routine, structure and focus during a period of unprecedented uncertainty. Those who have lived with addiction and volunteer on our bike upcycling project are petrified of experiencing another lockdown. This project may be the only company some have and during national lockdown they faced isolation and loneliness.

It can also be tricky to get the balance right on a project that has social and business objectives. Refurbs is keen to have as many bikes as possible fit for sale, for example, but nurturing our volunteers is also vital and when they are having a bad day, fewer bikes are likely to get fixed as they may spend time chatting through their problem with others. We understand that and are welcoming of it.

Ultimately, The Bike Upcycling Project is a success because we have put time and effort into creating a sense of team among our volunteers. We provide lunch (they often take home what isn’t eaten on site), the kettle is always on, as is the radio, and we all wear specially printed ‘Refurb’ sweaters so that everyone feels a part of something special. As it’s cold in the workshop, volunteers are also given safety boots and we signpost those who have needed other forms of support to the relevant Groundwork North Wales team.

We have a range of performance indicators that we use – from the kilos of bikes we have diverted from landfill to the number of bikes sold on to members of the community. For example, 5.78 tonnes have been diverted from landfill to date.
We measure our volunteer success by looking at metrics such as how many young people and adults are volunteering, if community groups are engaged, and whether people are reporting improved wellbeing, and improvement in skills and knowledge.
Read more
Share this initiative 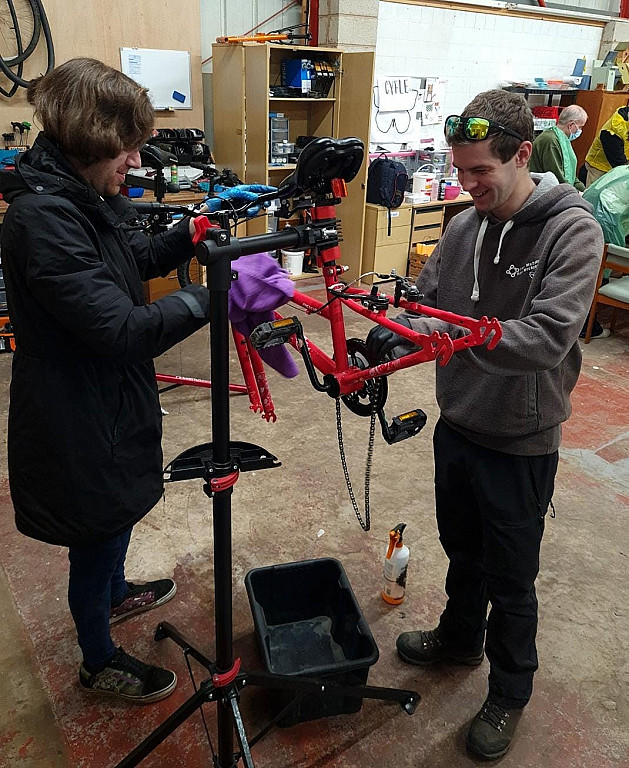 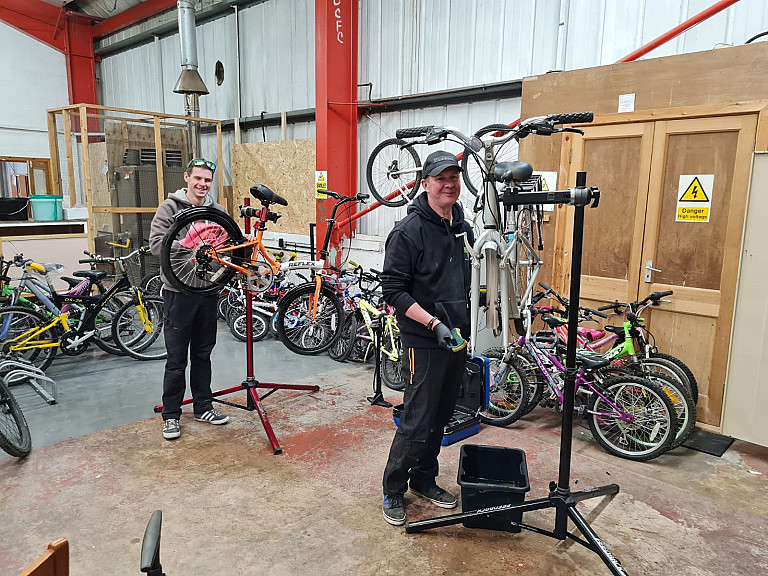