The natural environment on which we wish to focus takes the form of a new programme of activities, projects and community events that seek to conserve and preserve the historic habitats and culture of the wider Sherwood Forest area, but at the same time ensure greater public access to, enjoyment of and benefit from learning about the past and understanding how the present will impact on the future of this important heritage landscape.

Lowland Heathland is a Section 41 habitat under the Natural Environment and Rural Communities Act 2006, and is also one of the key priority habitats covered by the Nottinghamshire Local Biodiversity Action Plan (LBAP).

The profile adds that 'the lowland heathland and acid grassland mosaic is a distinctive characteristic of this landscape. Open tracts of dry sandy heathland, dominated by heather, gorse and bracken, were once widespread across the great Forest of Sherwood, and remain in some areas such as Sherwood National Nature Reserve and Birklands and Bilhaugh Special Area of Conservation (SAC)'.

We will work at two SSSI sites, Sherwood Heath and Oak Tree Heath, and review other sites that were improved as part of the HLF landscape scale project. The other sites are small and dispersed across much of the NCA, more concentrated in the northern areas.

The greatest challenge for habitat creation and restoration for heathland or woodland creation/tree planting, is the paradigm shift that is needed to remove productive land (be that for farming, industry or housing), and dedicate it to becoming a natural resource (often seen as providing fewer tangible benefits).

For the woodland creation/tree planting element of our project we will create a scientific rationale, using existing data such as historical mapping, habitat designations, the Sherwood Biodiversity Opportunity Mapping (Sherwood BOM), to know where is best to create woodland. In so doing we will be providing rational reasoning for potentially controversial changes to land use and to understand the economic, heritage and social ramifications to achieve this change.

The history of Sherwood Forest is built upon the communities that it has supported, where people from the ice age to present day have relied on it for their existence and livelihood.

For several years, the Trust has undertaken a significant survey of visitors to our major festivals – Robin Hood and Major Oak – where we have canvassed their views on what they think we should be doing for Sherwood. We have directly spoken to more than 10,000 people. We know their priorities – trees, nature and wildlife conservation.

We want to use the opportunity provided by the GRCF to enhance our work with schools, colleges and universities, developing better community support and capacity building, interpretation and promotion via media including radio, print and the web.

Our carbon story is based on our application to the first round of the Green Recovery Challenge Fund (GRCF) in October 2020, where we were the only environmental charity in Nottinghamshire to be awarded this funding.

The Trust has a proven track record of 25 years of landscape-scale conservation works. Within the Sherwood character area, our Carbon Story project focusses on:

Lowland heathland – adding capacity for two SSSIs in unfavourable recovering condition. In 2005, SFT managed the first Landscape Partnership Scheme in the country which helped restore heathlands at risk. We need to re-assess the condition of these sites and undertake a range of improvement works.

Woodland creation/tree planting – our Sherwood Afforestation Prospectus (SAP) will create a toolkit for practical action for the next 30 years and we can start planting in winter 2021.

The Trust was set up to collaborate with others, and as such, our GRCF project is soundly evidenced on work that has been ongoing for the last two decades.

Our experience includes providing land management advice and writing Habitat Management Plans (for heathland and woodland), working with the majority of landowners across our operating area, forming open and honest relationships with local authorities, and via colleagues in Defra and Natural England. In respect of this application, we have the necessary agreements with our landowner partners.

All our work is underpinned by national and local strategic policy e.g: The Purple Vision for Sherwood (produced by the Sherwood Habitats Steering Group SHSG, 2005); The State of Nature in Sherwood Report (SHSG 2015).

The Sherwood Afforestation Prospectus (SAP) was officially launched in September 2019 at the Sherwood Habitats Forum (organised by SFT). SAP grew from discussions with Defra colleagues, which have subsequently been followed up with advice and guidance from the local authorities with whom we intend to work, namely Newark and Sherwood, Mansfield, Ashfield, Bassetlaw and Nottinghamshire County Council. 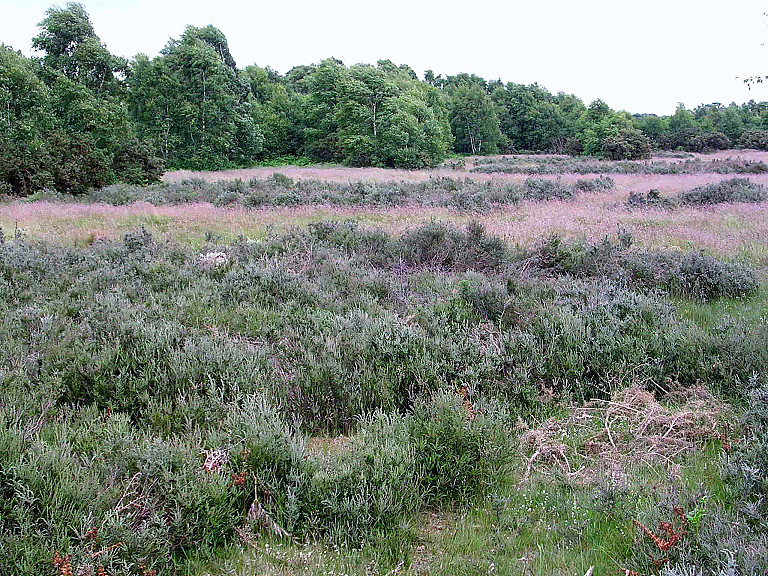