Sefton Coast Woodlands is a joined-up approach towards the sustainable management of woodlands, red squirrel conservation and supporting recreation and tourism, built on the foundation of a strong alliance with local landowners. 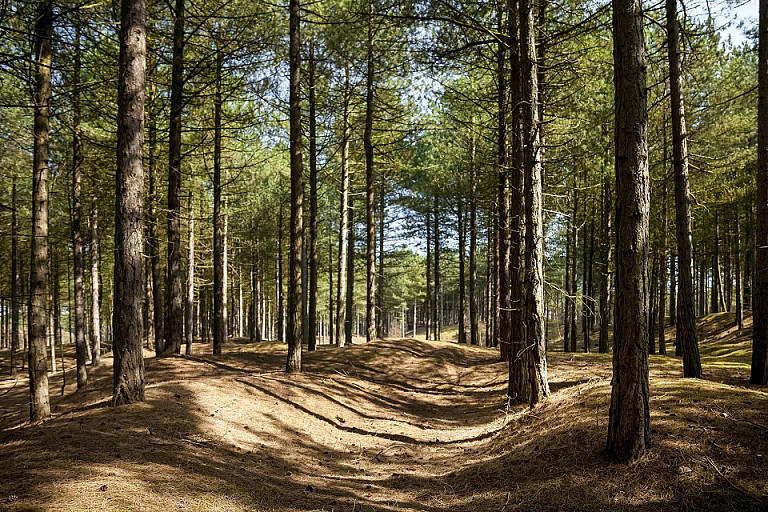 Visited by thousands of people each year, Sefton's coastal woodlands were planted over a century ago and provide a magnificent backdrop to the coastal dune habitats. Crucially, they are also one of the few remaining habitats in the UK for the red squirrel.

The Mersey Forest has helped a diverse group of 27 landowners on Sefton's coast to take a joined-up approach towards the management of this area's woodlands. By working to an agreed 20-year Sefton Coast Woodlands Forest Plan, these landowners are supporting the native red squirrel and safeguarding the long-term future of an economically important landscape.

Prior to the Sefton Coast Woodlands Forest Plan however, the woodlands faced significant challenges. There was a lack of investment and no collective long-term vision among the fragmented ownership. This led to the woodlands becoming under-managed. The original cohort of older trees was too similar in age, meaning they were moving towards the end of their lifespan at the same time. Meanwhile their dense canopy crowded out younger replacements and prevented them from coming through. There were also no coordinated efforts towards red squirrel conservation.

To remedy this, The Mersey Forest was asked to engage as many of the coast's woodland owners as possible and to work with them to develop a comprehensive and long-term plan. Following extensive partnership-building and community consultation, the result was a jointly agreed multi-year vision and corresponding set of objectives and activities covering 420 hectares of woodland.

Much has been achieved by this alliance of landowners, including generating sustainable wood products from the woodlands from benches to litter bins, working with European partners on climate change adaptation, and supporting the economy by providing training opportunities for young people and adults with learning difficulties.

Achieving the aims of such an extensive, multi-year forest plan has only been possible by the woodland owners through a successful voluntary partnership.
Local people have a great affinity to the pine woods and see them as part of the area's heritage. This is a real asset as the community is behind the plan and have a real sense of ownership in the long-term conservation and protection of this area.
An alliance of landowners was fundamental to the feasibility and success of this plan. You need to have a couple of influential landowners on board from the start in order to build more partnerships.