Salford City Council’s Green Spaces team have started an exciting project to increase biodiversity and tackle climate change by reducing mowing of grassland in the city. 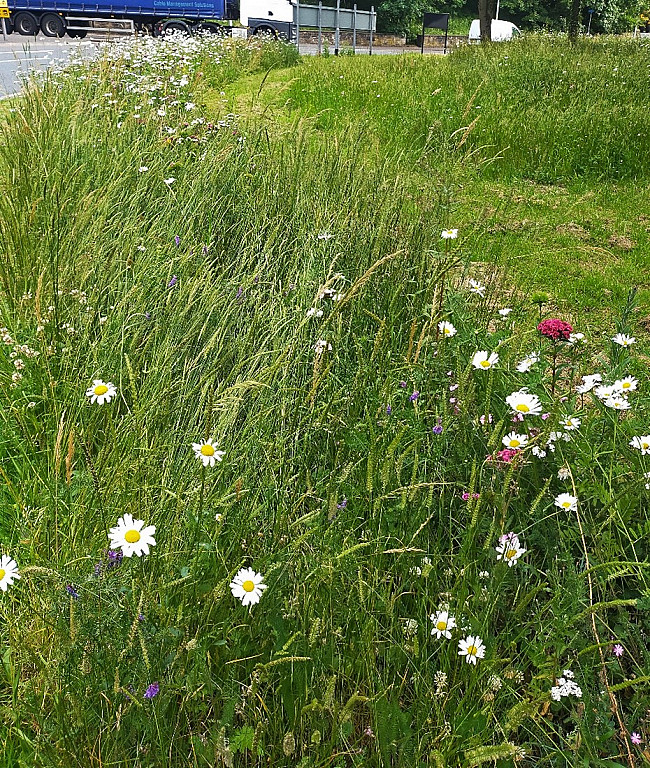 Salford City Council’s Green Spaces team have started an exciting project to increase biodiversity and tackle climate change by reducing mowing of grassland in the city.

As part of Salford City Council’s commitment to tackling climate change and increasing biodiversity, some grassland previously amenity cut will now be managed for nature. This means the grasses and wildflowers can be encouraged to grow and will only be cut once in autumn.

Grassland not used for sport or recreation identified in 25 parks will be reduced to one mow a year. The grass will be encouraged to grow long for pollinators to enjoy. Plant species will be recorded and compared to evaluate environmental impact of leaving grass to grow.

Leaving grass to grow will double the biodiversity of species that grow within it and use it. Insects that pollinate our flowers and food crops (including butterflies and bees) alongside mammals and birds have been seen to flourish in similar reduced mowing regimes throughout the country.

Cutting the grass less often will reduce our environmental impact from less machinery running, less travel between sites and increasing the carbon storage potential of our grasslands as grass absorbs carbon dioxide when it grows the same way trees do. When grass is cut and dies that carbon is released back into the atmosphere through the organic matter decomposing.

Leaving grass to grow over time will create beautiful spaces for people to visit and be close to nature – something we’ve learnt to value during the Covid-19 lockdowns.